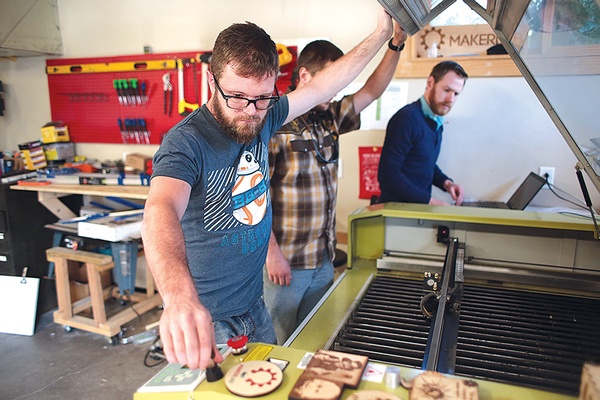 Ryan Finnigan works in the MakerLab circa 2017. The lab and an army of more than 100 volunteers and health-care professionals are teaming up to supply the local medical community with much-needed facemasks and other safety gear./ Photo by Jennaye Derge

There’s something about times of distress that call out to one’s creative soul. Writers write; singers sing; artists art; and makers make.

But in the case of the inventive minds at Durango’s MakerLab, they may actually save a life or two (or hundreds.)

This week, the MakerLab, situated at the Powerhouse Science Center, began mounting a herculean effort to fill the void in medical and personal protective equipment (also known as PPE’s for you students of current events.)

“We saw the need with the math coming in on the probability of the health system being overwhelmed,” MakerLab co-founder and director Ryan Finnigan said.

About a week and a half ago, Finnigan joined a Facebook group made up of an international consortium of makers focused on trying to solve some of the most pressing needs resulting from the coronavirus pandemic. The group, made up of a wide array of individuals, from nurses in Seattle to doctors in Italy, soon ballooned, from 150 members to more than 35,000.

“We wanted to understand how fab labs and maker labs can assist,” he said.

Before long, it became obvious where they could help the most: medical supplies. Using 3D printers, laser cutters and other high-tech devices, they could quickly produce prototypes and get supplies out to health-care professionals in their respective communities. And they could likely do it much quicker than national supply chains.

Armed with that mission, Finnigan and other MakerLab rats mobilized, reaching out to the local medical community – Mercy Regional Medical Center in Durango, San Juan Regional in Farmington and the Northern Navajo Medical Center in  Shiprock – to see what supplies were needed the most. Turns out the biggest asks were for face masks, face shields and head coverings (something known as “PAPRs” for extra credit.)

He then sent out a call for local volunteers to help in the “making” effort. So far, he has a list of 75 – and it’s growing.

The lab also began working with Dr. Jarrad Maiers, an ER doc from San Juan Regional who lives in Durango, to offer input and real-world advice on the designs.

“He came by yesterday to review some early prototypes,” Finnigan said.

The lab also delivered facemasks to two other ER doctors to test out this week. The lab is experimenting with masks made out of HEPA filter material as well as ways to sterilize and extend the life of existing masks. It has also begun working on designs for smaller, portable “bridge” ventilators. The lab has formed a medical review team made up of local professionals to help with the designs and end products.

“The goal is to very quickly be able to deliver these to homes and get them into the hands of health care professionals,” he said. “It’s happening as we speak, and it’s a beautiful thing to see. We have the facilities, the equipment and the materials.”

Much like the dizzying speed of the news cycle, Finnigan said he and his crew have been learning on the fly, including a crash course in medical lingo. N95, anyone?

“Normally, I’m making potato guns and robotic couches,” he said of his former life, working with kids. “Now, I’m in the medical field. We’re developing systems as we go.”

He’s also learned his most valuable asset is not his ability to use his hands and mind, but his ears and heart. “When we first started out, we thought, ‘We’re engineers, we can figure it out.’ We learned quickly and humbly that the most important thing to do is listen,” he said.

Finnigan, who admits to not getting much sleep lately, said the effort has taken on a life of its own. Even as we spoke on Tuesday afternoon, the wheels – mental and mechanical – were churning away. He estimates there are between 100 and 150 people involved, in varying capacities.

“I haven’t been able to stop, this has been so important as a community,” he said. “We have so much interest coming in. I feel really, hopefully, we can make a difference.”

Yet, despite the urgency, the team could be in it for the long haul. “This isn’t a sprint; it could be a marathon,” he said.

To help grease the wheels of ingenuity and keep the effort fueled, Finnigan is setting up a GoFundMe page for the MakerLab, where folks can donate to the cause. He said everything the lab learns will be open sourced, meaning shared around the world for anyone to use. And any supplies that can’t be used locally will go to use elsewhere. As a side benefit, Finnigan noted the production could create local jobs in a time when many have been laid off.

“Working together is one of the most fundamental things we can do,” he said. “I think we sort of lost sight of that.”

And who knows? All this brain power could result in other life-improving creature comforts for all of us down the road.

“I ran out of toilet paper a month ago,” Finnigan said. “My brother and I are in the design phase of making a bidet of the future.

For more on the Durango MakerLab, go to themakerlab.org. 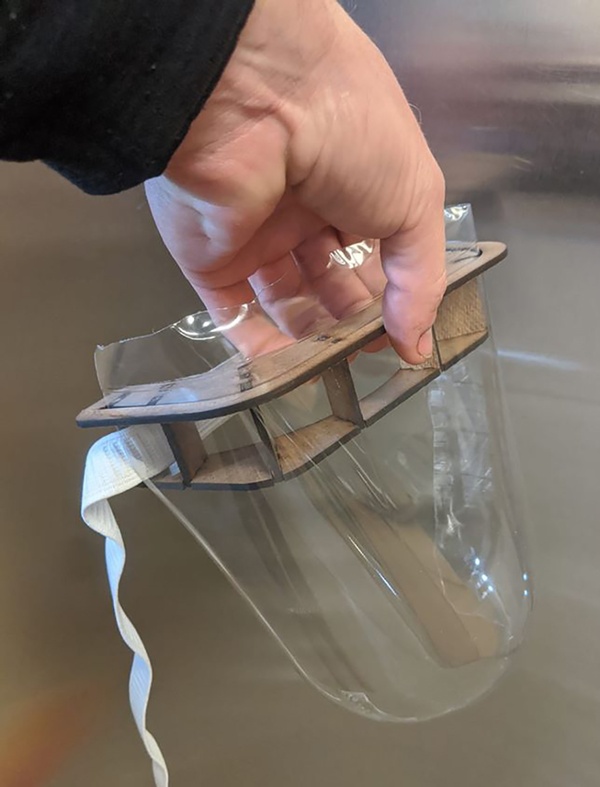 The Powerhouse Science Center may be closed temporarily, but that doesn’t mean young minds can’t keep exploring. The Powerhouse is currently working on activities, MakerLab kits and online content for kids. To find out more about their virtual offerings, go to powsci.org/makerlab or tune into their Facebook page for daily STEM activities.