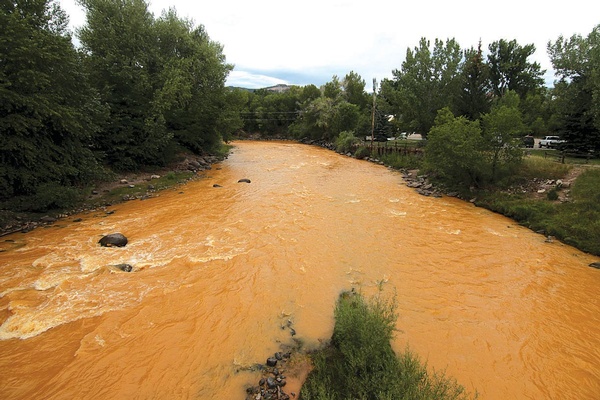 In the wake of the Gold King Mine spill in August 2015, abandoned mines were suddenly back on everyone’s mind. When a subcontractor with the Environmental Protection Agency accidentally unleashed 3 million gallons of wastewater into Cement Creek, which feeds directly into the Animas River, he essentially put a neon orange spotlight on the region’s decades-long dilemma of draining mines and mine waste.

In an effort to prevent the remnants of hard-rock mining from tainting the region’s waterways in the future, Rep. Barbara McLachlan, D-Durango, along with co-sponsors Reps. Dylan Roberts, D-Eagle, and Jeni Arndt, D-Fort Collins, introduced HB 18-1301 last week.

“It’s simple: our drinking water should be clean,” Kristin Green, water advocate for Conservation Colorado, said in a press release. “That’s why (this bill) is so critical. Our state’s mining laws are in dire need of an update.”

The bill is meant to be just that – an update to the Colorado Mined Land Reclamation Act, or CMLRA. Under the act, mining companies are required to reclaim and clean up the land they mine, but those same protections don’t extend to water quality. This new bill, which only applies to new mining permits, would make water as much of a priority as land is under the CMLRA.

First, it would require water quality – including treatment and monitoring – be a part of the calculations used to determine how much funding in the form of bonds needs to be set aside for cleanup. The bill also eliminates self-bonding, which is when the bond is backed only by the mining company itself. The concern with self-bonding is if the company goes bankrupt, Colorado taxpayers would be stuck with the bill. Finally, HB 18-1301 requires mining companies submit a plan for water-quality treatment and set an end date for operations.

“These common-sense updates to existing policy would move Colorado toward a more sustainable and responsible mining future,” Marcel Gaztambide, Animas Riverkeeper for the San Juan Citizens Alliance, said in a press release.

The next step for the bill is review by the Colorado House Agriculture, Livestock and Natural Resources Committee on Mon., April 2.