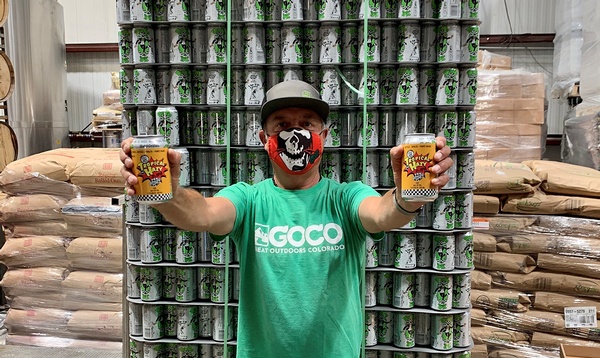 Ska Brewing honcho Dave Thibodeau stands in front of a pallet of Rudie IPA cans originally destined for the U.K. that are now being repurposed as Tropical Hazy IPA cans. Due to a perfect brew of circumstances caused by the pandemic as well as the sparkling water and hard seltzer crazes, aluminum canmakers can't keep up with demand, causing brewers to get crafty./ Photo courtesy Kristen Muraro. 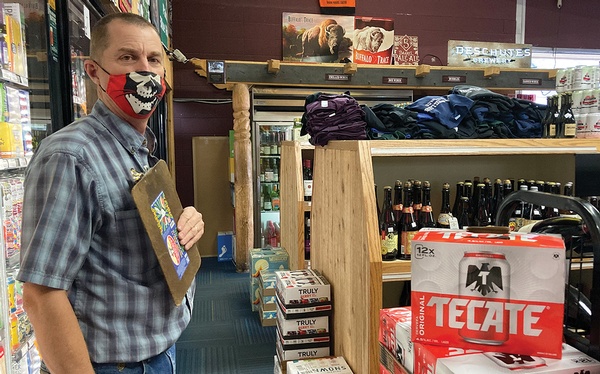 Russ "The Wine Guy" at Wagon Wheel Liquors stands next to a newly arrived stack of Tecate cans. Due to the national can shortage, as well as the closure of Mexican breweries earlier this summer, things are getting weird in the beer industry: Tecate, which is owned by Heineken, is now being produced in Amsterdam. Like everyone else in the beer-supply chain, the liquor stores have felt the can shortage as well. Although Wagon Wheel was well stocked at the time of this writing, Russ said it has been hard to get certain beers, and some that usually come in cans are now coming in bottles./Photo by Missy Votel