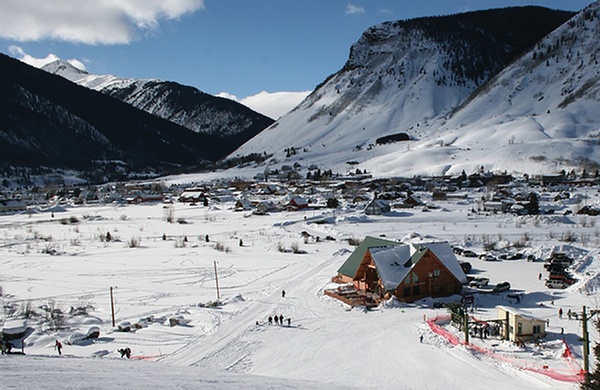 Silverton’s dreams of going big with Kendall Mountain just took a step closer to the front of the lift line. Last week, Great Outdoors Colorado (GOCO) awarded a $37,500 grant to the Town of Silverton for the development of a recreation plan for Kendall Mountain Recreation Area.

“Kendall is an amazing community resource, and we are excited to see it reach its full potential as a four-season, recreational hub for Silverton residents and visitors alike,” Lisa Branner, community relations director for the town, told the Silverton Standard.

“There’s always been a widespread belief that Kendall is underutilized,” Branner told the Telegraph last December.

She was hired by the town to gather residents’ desires via visioning sessions and see if an expansion was even feasible. Among the ideas gaining support at the public scoping were expanded ski terrain, a reliable ice rink, Nordic trails, night skiing, music festivals, whitewater park and a full-scale cafeteria and bar.

Ski area development consulting firm SE Group was hired to draft a map and viability study to see if any of this was doable. And, it turned out, it is.

“When I opened the map, it kind of blew me away,” Branner said of the study, which was completed a year ago. “We did a terrain analysis on whether we have viable terrain that could be developed next to the ski area, and it turns out, we do.”

The town applied for the GOCO grant last winter, and since then has formed a master planning committee. The next step will be to hire a consultant and gather more public comment. A final plan will be done in 12 to 18 months but must first gain stakeholder approval before it can be released to the public.

In addition to the GOCO funds, the plan was also paid for with a $6,250 match from the San Juan County Department of Local Affairs and $6,250 in cash and in-kind funds from the Town of Silverton.

Branner said residents’ overwhelming request with the expansion was to retain Kendall’s small-town roots “We want to keep it affordable, family-friendly and low-key, like a Monarch or Wolf Creek,” she said.

Of course, as is often the case, the devil is in the details.

According to SE Group, Kendall will need 1,000 skiers a day over a 100 to 120-day season to be sustainable. Right now, on a good day, Kendall sees about 120 skiers. But Branner points out that is not outside the realm of possibility – the town sees that many visitors on a typical summer day.

And, of course, there is the cost. The full-scale expansion under the 800-acre scenario comes with a $25 million price tag. Branner said whether that is scaled back or how it will be funded remains to be seen. The town, which owns the ski hill, will need to decide how the ski hill will be run: as a municipal hill, such as Chapman or Steamboat’s Howelsen Hill, a private enterprise, or some combo thereof.

“There are a lot of question marks, and funding will depend on what business model we want to pursue,” she said. “We have a lot of work to do as a community.”

And while a lot of questions are still be up for debate, there is one thing most locals agree on: Silverton needs to diversify its economy, particularly after the devastating 416 Fire in 2018. Expanded ski hill offerings will not only bring in visitors and their dollars, but create jobs, improve quality of life and attract new residents and businesses.

“People are realizing we need to do something to diversify,” Branner said. “This is one piece of that puzzle.”

Branner also noted that the idea of expanding skiing at Kendall is nothing new.

“This discussion has been going on since the 1950s, if not earlier” she said. “There is so much potential."