On Sat., Jan. 16, the Trump administration carried out its 13th federal execution since July, an unprecedented run of deaths following a 17-year hiatus. No president in more than 120 years had overseen as many federal executions, which concluded just five days before President Joe Biden took office.

Add to this the Trump-inspired mob that stormed the Capitol on Jan. 6 chanting, “Hang Mike Pence,” and some may say America is heading into a dark new chapter. But, as any student of history will tell you, this is nothing new in the United States, particularly the West.

Last March in Colorado, Gov. Jared Polis signed into law a bill abolishing the death penalty for any convictions on or after July 1, 2020. At the same time, he commuted the sentences of the state’s three inmates on death row to life without parole.

“The death penalty cannot be, and never has been, administrated equitably in the State of Colorado,” he said at the time.

However, there is no better example of deadly mob justice than right here at home, during the early days of the frontier. In Colorado, there were many deadly verdicts delivered in the 19th and early 20th centuries that deprived victims of any legal trial. Durango and Silverton were no exceptions, hanging four men, only one a legal execution, the others at the hands of an angry mob.

On May 23, 1882, after an argument with M.C. Buchanan over a married woman, George Woods, 34, shot the unarmed Buchanan three times. As Buchanan lie dying on the floor of Durango’s notorious Pacific Club, Woods shot him again. Woods – who was known as a man of “bad disposition” – was immediately arrested.  His trial and sentencing were speedy. On June 23, 1882, Woods was hanged from gallows constructed for the occasion on the east side of Main, opposite the future site of the Strater Hotel. Hundreds of townspeople attended what was Durango’s only legal execution. 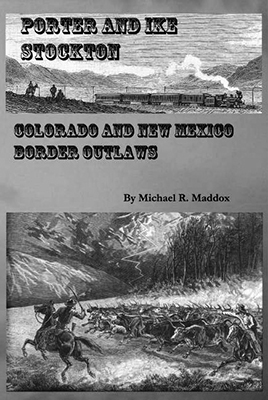 As for illegal executions, one of those morbid honors goes to Henry R. Moorman, a local scofflaw, who, on the snowy night of April 11, 1881, was doing some serious drinking. Walking into Durango’s Coliseum Dance Hall, revolver in hand, he began shooting up the place. One round went into the ceiling, another the floor. He then shot into a group of men wounding one and killing another, James Prindle, 35, on the spot. Moorman’s tracks in the snow were easy to follow, and he was soon apprehended. That night and all the next day, emotions ran high; Prindle had been a popular miner in the area. There was talk of justice being done. At 11 p.m., two shots rang out – a signal to the vigilantes. Some 300 of them, wearing masks, converged on the jail, bound and gagged the powerfully built Moorman, and marched him to the big ponderosa pine in front of the Post Office, where he met his fate. The “Committee of Safety,” as the mob called itself, left a note on the body, “If you cut me down, you will take my place.” The body hung there till morning.

Such vigilante justice also took place upstream from Durango. On Aug. 24, 1881, Dyson Eskridge and Bert Wilkinson, of the notorious Stockton-Eskridge gang of cattle thieves and all-around bad hombres, along with Kid Thomas, a young African American, were spotted in Silverton after committing a robbery in the Animas Valley. When Silverton Marshall David Clayton Ogsbury tried to arrest them, he was shot and killed, almost certainly by Wilkinson. The three desperados skedaddled on foot. Inexplicably, 30 minutes later, at about two in the morning, Kid Thomas returned to the Grand Central Hotel where he was promptly arrested. The next day, Silverton was in a vengeful mood – Ogsbury was popular and punishing his death was foremost on everyone’s minds. With Eskridge and Wilkinson out of reach for the moment, a mob converged on the jail at about 9 p.m., yanked Thomas from his cell and hanged him from a rafter in the jail’s wood shed. Kid Thomas was about 16 years old.

Despite this, the citizens of Silverton were still not appeased. Posses went out, and postcards describing the killers were sent to marshals in Colorado, New Mexico, Utah, Arizona and Texas. Rewards totaling an unprecedented $4,500 were posted, and bounty hunters descended on the San Juans. One such bounty hunter was Isaac “Ike” Stockton, head of the aforementioned Stockton-Eskridge gang and sometime lawman. He found his comrades, separated them and got the drop on Wilkinson, allowing the much more dangerous Eskridge to flee. Stockton and a heavily armed posse delivered Wilkinson to Silverton. To Stockton’s dismay, he was awarded only $1,421.43.

Wilkinson was placed under heavy guard in the Silverton jail. Sun., Sept. 4, 1881, was overcast with drizzle in Silverton, and Wilkinson sensed his fate. In the afternoon, he asked that his photo be taken, saying he did not want a morbid photo of his corpse, which was often the case in those days, as his remembrance. At about 9:30 p.m., the jail guards melted away and when masked vigilantes entered his cell, Wilkinson showed remarkable courage. He reportedly assisted in the proceedings, stepping onto the chair by himself. Later, Wilkinson was implicated in two other murders besides Ogsbury. He was only 19.

Eskridge, 21 or 22, got away clean only to be shot and killed in Yuma, Ariz., later that year.

Less than a month later, their former cohort Stockton was shot in Durango while resisting arrest on a New Mexico murder warrant. Stockton, 29, died the next day, Sept. 27, 1881. Durango Deputy Sullivan, who helped in the arrest, said of Stockton’s betrayal of his gang member and friend Wilkinson, “I hate a traitor more than a murderer.”

Small towns in the West often defended such forms of justice, saying it stemmed from not having the facilities to house, try and defend the accused. Mob lynchings were immediate and cheap, with no worry of escape, appeal or drawn-out proceedings. There was also a belief that such gruesome displays deterred others.

However, cooler heads, removed from the scene, deplored the brutality and lack of a defense for the condemned. Undoubtedly, the innocent or those not guilty of a capital crime were also hanged, like Kid Thomas. Vigilantes in the territory, and later State of Colorado, killed 139 people during the days of the Wild West. The last lynching in Colorado was in 1919, however, it would be nearly 80 years before the state would see its last legal execution, in 1997. Drawing intense media attention, it ended a grisly chapter that now can only be opened in history books.

The historical events detailed in this story came from Pioneers of the San Juan Country, by Daughters of the American Revolution Sarah Platt Decker Chapter, and Porter and Ike Stockton: Colorado and New Mexico Border Outlaws, by Michael R Maddox. n