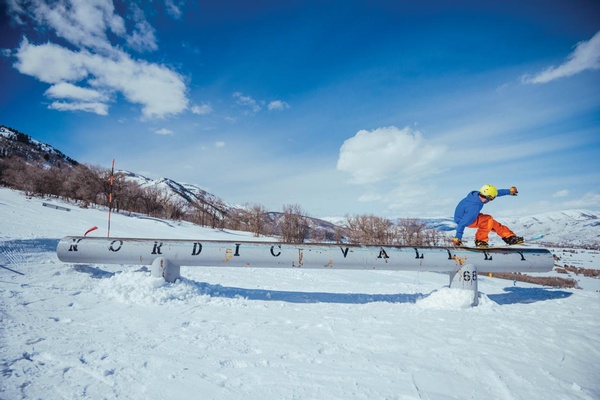 The owners of Purgatory have big plans in the Wasatch. Last April, Mountain Capital Partners bought Nordic Valley, a 140-acre ski area in Eden, Utah – about 25 minutes east of downtown Ogden. In July, MCP spokesman James Coleman revealed an expansion plan to upgrade the resort by adding more than 2,800 acres, mostly on Forest Service land; several new lifts; and about a dozen new trails. But the piece de resistance is a 4.3-mile gondola that would connect the resort to North Ogden.

“Since 1968, Nordic Valley has served families, powder seekers and visitors to the Ogden area with great snow, fun terrain and incredible value,” read a statement from MCP on a website detailing the expansion. “Nordic Valley is expanding to become a world-class resort destination while still retaining the down-to-earth, skiing-first experience locals have come to love.”

According to the website, the expansion will be done “with a focus on sustainability and environmental stewardship,” and the gondola is seen as part of that equation.

“In addition to offering direct-to-resort access in a scenic 12-minute ride, the gondola will also help cut down on canyon traffic and vehicle emissions,” the site states.

The gondola, which would be one of the longest in the world, is expected to cost about $40 million. Since it will cross over an inventoried roadless area, it will require sign-off from the U.S. Forest Service. It would be the first step in the expansion plan, with construction set to begin as soon as 2020.

But some nearby residents are saying not so fast. In July, about 100 Eden residents packed Nordic Valley’s iconic barn to hear Coleman’s vision, according to the Ogden Standard Examiner. Although some were in favor of the development, several more expressed concern over topics including environmental impacts, traffic, water availability and Nordic Valley’s viability as a ski resort in a warming climate. The ski area’s base sits at 5,440 feet and it currently tops out at 6,440.

“I don’t know when it’s going to get too warm, but I don’t think it’s going to be in 20 years,” Coleman replied to the climate concerns. “That’s part of why summer activities are going to be an important part.”

He also noted that Utah is one of the fastest-growing states in the country and growth is inevitable.

“Whether we do this or not, there are going to be thousands more people living here,” he said, according to the Standard. “So depending on how we do this ... you could put more of the density here and maybe more of the green space gets to stay.”

But Eden resident Dan Ianniella disagreed, according to the story. “We know that people are moving to Utah, but we’re not going to have a shortage of ski resorts in the future as much as we’ll have a shortage of roadless areas and forest,” he said.

Still another resident expressed doubt that the resort’s current water rights would be enough for snowmaking, which is being planned for higher elevations in the expansion area.

“I understand your point, that’s why we’re here getting your concerns so we can address those the best we can,” Coleman said, according to the story.

MCP is planning another open house Aug. 14 in North Ogden and is taking comment via its website. The plan can be viewed at NordicValleyProject.com.

If the plan moves forward, the Forest Service will hold its own public scoping process.

To read an interview with Coleman on the plan, go to www.standard.net.