The people have spoken. Durango will be inaugurating two new City Council members and an incumbent later this month and more than doubling its lodgers tax starting June 1.

Current councilor Melissa Youssef, along with newcomers Jessika Buell and Olivier Bosmans were the top vote-getters in Tuesday’s City election. Youssef was the overall winner, with  3,766 votes, followed by Buell at 2,671 votes and Bosmans with 1,847.

The incoming councilors will be sworn in for their four-year terms on Tues., April 20, joining current members Barbara Noseworthy and Kim Baxter. Outgoing mayor Dean Brookie is term-limited and Chris Bettin decided not to run for a second term.

Youssef, who served as mayor in 2020, said she decided to run again because she wanted to build on the council’s successes of the past four years, including becoming more communicative, transparent and inclusive.

“We’ve prioritized applying solutions rather than band-aids to some important issues,” she told the Telegraph in March. “We’ve identified priorities and are at a launching point to accomplish some great things. I’m running again because this is such a pivotal time.”

As an incumbent, successful local business owner and with degrees in finance and economics, she also said she is uniquely poised to support Durango’s post-pandemic recovery. “I believe the most immediate pressing issue is revitalizing our economy,” she said.

Buell, a single mother of two boys and owner of several small businesses, said she hopes to bring diversity to the Council, representing thirtysomethings, parents, the working class and business owners.

“I will fight for workforce/attainable housing, quality jobs, small businesses and smart growth,” she told the Telegraph in March.

Bosmans, an environmental consultant and engineer with an MBA, touted his hands-on technical and financial skills during his candidacy.

“After researching about the new candidates running, I noticed that nobody fills those gaps. So I decided to step up,” he said.

In addition, he has also served on the La Plata County Planning Commission and Board of Adjustment, and said he is honored to “continue my service to the community.”

First approved by City Council in 1980, the 2 percent lodgers tax is charged to visitors when they rent accommodations in town. Currently, 60 percent of money from that tax, which generates about $500,000 a year, goes to marketing and advertising via Durango’s official tourism arm, Visit Durango; 30 percent goes to transit; and 10 percent to special events and administration.

The new tax, which will begin being assessed June 1, will equate to about $4.22 night for the average $130/night hotel room. The new tax is expected to bring in an estimated $2 million in 2022, the first full year it would be in effect and will be allocated as follows:

• 20 percent toward transportation and transit services

• 14 percent to arts and cultural events

“I feel like we have something that’s for the benefit of the community,” Jasper Welch, chairman of the 1-A initiative effort and longtime local business leader, told the Telegraph. “I think that’s important. I think we need to look at, long-term, how do we sustain Durango and keep what we all enjoy and still have a vibrant economy.”

With the new lodgers tax, Durango will become the first city in Colorado to have “sustainable marketing” written into its ordinance. Part of that, Welch said, is focusing on shoulder seasons and managing tourism, and overtourism, more so than marketing. For example, last year Visit Durango came up with its “Care for Durango” campaign to target negative impacts of rampant tourism. The campaign is based on a resident survey of the top five concerns with tourism which included: fire safety; habitat protection (trail erosion, river put-ins, etc.); COVID health precautions; cultural respect; and considerate and safe recreating.

“Part of sustainable tourism is we don’t really need to market summer other than to let people know we’re here. We really need to look at how we can have better your-round visitation,” said Welch. “Management is what they’re putting more focus on, which is, ‘how can we advertise and market the community in a way that protects the environment and suddenly doesn’t make summer too busy?’” n

After 25 years, Metz to retire 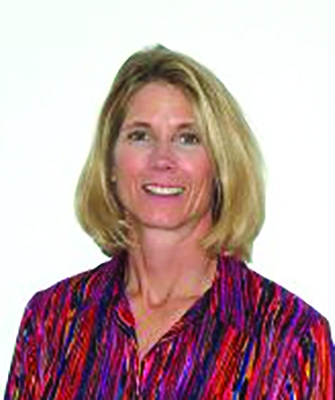 City Council isn’t the only City department seeing a change-up. This week, longtime Parks and Recreation Director Cathy Metz, who served 25 years in her position, announced she is retiring July 2.

“I am very happy for Cathy but sad to see a great director and teammate leave the organization. She will be sorely missed,” City Manager José Madrigal said. "Twenty-five years of service to the city of Durango is an outstanding accomplishment.”

The city has started the initial phases of the recruitment process for her replacement and Metz has offered help in the transition, Madrigal said. He hopes to end the search process by Metz’s last day but said it could take longer.

During her tenure, Metz oversaw such accomplishments as building the City’s new Recreation Center, completing missing segments of the Animas River Trail, acquiring open space such as the Oxbow Park and Preserve and parts of Horse Gulch, the new Whitewater Park at Santa Rita, the opening of Lake Nighthorse and helping to build and maintain the city’s extensive trails network.

"Cathy’s impact on the city will be felt for generations. When you look around Durango, you see the outstanding recreation amenities and programs that have made us well known,” Madrigal said. "I hope the community will join me in sending a huge thank you to Cathy for her service, dedication and commitment to excellence.”