Rockets to jams
SCAPE highlights latest round of entrepreneurs 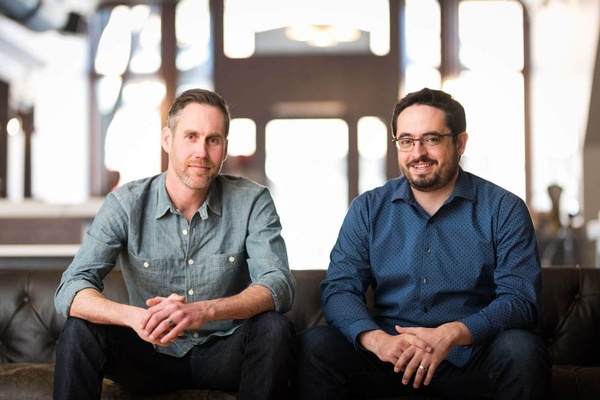 It’s time to blast-off for Durango’s latest class of entrepreneurs. This Thurs., from 3 – 5:30 p.m., the Southwest Colorado Accelerator Program for Entrepreneurs (aka SCAPE) will host its annual startup showcase in the FLC Ballroom. In addition to offering the fledgling companies time to strut their stuff, the event will also be an opportunity for would-be investors to sample the goods, so to speak.

“This event will have this year’s companies, some have received funds, some are needing to raise additional funds,” SCAPE Director Elizabeth Marsh said.

Each startup will be allowed time to present their company to the crowd. The companies include:

propulsion test facility in Durango. His new endeavor will address a need for quality, competitively priced thruster systems that can be built with a quick turn-around using 3D printing. His customers include NASA, the U.S. government and Boeing as well as a range of private aerospace companies.

• Vessl – Maker of sustainable modern urns, flat-pack coffins and cremation sanctuaries, the company was inspired by the death of founder Matthew Clark’s father. Clark said he searched in vain for an urn he not only felt OK about buying but that was even good looking. Clark, of Dolores, co-founded the company with FLC graduate Dustin Chapin. The two also founded and run an architecture practice together.

• The Choke Cherry Tree Inc. – This Pagosa-based purveyor of jams, jellies, syrups and candies would provide licensing and intellectual property rights to its products for existing and new stores. Started by Bill Goddard in 1999 using his grandmother’s recipes, the store was bought by longtime employee Jenelle Syverson in 2014 upon Goddard’s passing. Goddard’s self-developed caramels, whipped up during a snowless winter, are said to be legendary.

• VSTracking.com – A victims database meant to help victim advocates spend more time with victims and less time filing paperwork, as required under a 1984 victims’ rights law. Using cloud-based technology, the company was founded in 2014 at the request of the 22nd Judicial District Attorney and is now sought after by several DA’s offices. Founders include Randy Feuilly, computer programmer and president of Online Web Services; Frank Elge, future CEO and marketing executive in the IT field; and Clarisa Feuilly, overseer of the Victim Advocate Program for Montezuma County.

In addition to these five companies, the showcase will also feature keynote speaker Travis Kimmel, CEO of Durango-based GitPrime, which provides productivity tracking software. A former SCAPE graduate, Kimmel began his tech career at a web app and e-commerce consulting agency. After moving to the operations side, he joined a startup as an engineer and later created an early prototype of GitPrime. In 2014, he met his co-founder, Ben Thompson, at a co-working space where they began to informally collaborate. In 2015, they secured seed funding and began building the alpha version of the product. GitPrime was a part of SCAPE’s winter of 2016 class.

SCAPE is a nonprofit six-month program that provides mentoring, development, branding and financial education as well as office space and capital-raising preparation for startups in the region. SCAPE also partners with an investment fund that provides seed funding for the companies. Graduated SCAPE companies have been featured nationally on Amazon Launchpad, Huffington Post, CNBC, Modern Family and Popular Science.

Since starting in 2012, SCAPE has given a boost to 25 companies and raised $16 million in capital.