Standing together
Locals react to election with support, education and solidarity 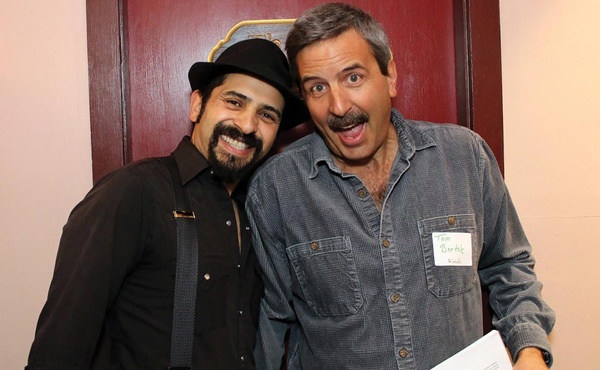 The results that rolled in on the night of Nov. 8, 2016, left many Americans in shock. Some also felt confused and even scared – including almost 50 percent of La Plata County who voted for the other girl. “I – like most people – was pretty blown away,” said former Durango Mayor Michael Rendon.
As Rendon talked about the election cycle, the outcome and impending possibilities with friends and colleagues like Dan Olson, they began to wonder, “What would be a good response to people upset about the past election?” Rendon explained.

“We thought maybe we could be a resource, give people the tools to take action,” he said. “Instead of complaining, be a part of the solution.”

In the days that followed, an idea emerged called “Our 1st 100 Days.”

The goal isn’t to create a new organization, explained Olson, who’s also the executive director for San Juan Citizen’s Alliance but is just involved as someone who cares about the issues. It’s more like a hub or a mega-platform to rally people around the causes they care about, like social or environmental issues.
On the website, the issues are divided into four main categories: human rights; civil rights; economic justice; and environmental justice. Within those categories there are subcategories. So, if someone is looking for specific educational opportunities or rallies on immigration, for example, they can find them under one roof.
“It’s about connecting individuals to organizations, and organizations to organizations,” Olson explained.
The campaign has four main concepts: connect, learn, act and celebrate.

As a platform for organizations, the website can help people connect and learn more about the issues they’re interested in. It also gives them the ability to act, something Olson said individuals have not lost the ability to do – no matter who wins an election. Finally, it gives people the ability to celebrate the movement they’re a part of and the community they live in.

“What I’ve really been struck by is the intense desire by so many people to do something,” Olson said. “People are stepping up to the plate.”

Olson and Rendon said the reaction from the community to the “Our 1st 100 Days” campaign has been positive and overwhelming.

“I think people feel much more comfortable if they’re doing something,” Rendon explained.

One of the testaments to those reactions was the standing-room only crowd at the Henry Strater Theatre last week- end for the campaign’s kick-off event.

“There was a feeling of political sanity because it was all wrapped in ideas of trust,” explained Tom Bartels, who helped emcee the evening’s activities.

“One of the common denominators,” he added, “is we can do better than what’s happening right now.”

Bartels said the campaign, as well as other local events set for Sat., Jan. 21, like the “Standing on the Side of Love” March downtown and an educational event called RESPOND, are positive reactions to a strange election cycle.

Getting involved helped Emily Bowie, a volunteer for the “Our 1st 100 Days” campaign, feel better about it. “Before that, I felt helplessness,” she explained.

What Bowie said she loved about the campaign is that it pulls together organizations who care about economic, environmental and social issues across the region. The online calendar, in particular, is one of the top benefits.

Bowie won’t be attending any of the Durango events this weekend because, like other locals, she’s headed to the nation’s capital for the Women’s March on Washington on Saturday.

Melissa Stacy also knows many Durangoans who are heading east for the national march. But, of course, not everyone could make the journey.

Some of Stacy’s colleagues chose instead to go to sister marches in nearby cities like Santa Fe or Denver. One of her friends, however, convinced her something needed to be done in Durango.

With the help of the Unitarian Universalist Fellowship of Durango, a local church that provided the support needed to secure a permit from the city, Stacy organized the “Standing on the Side of Love” March set for noon Sat., Jan. 21, starting at the train station and ending at Buckley Park.

It isn’t affiliated with the Women’s March on D.C., only inspired by the desire to come together.

Stacy said the march isn’t against anything or about op- posing anyone. And, it’s certainly not a place for hate speech. In fact, she knows people from all sides of the political spectrum who will be marching alongside her.

“The purpose of the march is just to support a more loving and compassionate world,” she explained.

Like Rendon and Olson, she wondered how she could support people who felt scared or threatened following the Nov. 8 election.

“You’re not alone,” she said. “There’s a lot of people who feel the exact same way.”
Another one of those people is Rachel Turiel. Originally, she said she was concerned with the future of women’s re- productive rights and wondering what she could do.

Her first answer was to offer a class, donating the proceeds to Planned Parenthood or other organizations that might be feeling vulnerable. But, that idea soon morphed into something else.

“What I heard from people is ‘I really want to get involved, but I have no idea what to do.’”

The answer was a day of education called “RESPOND ... to social, environmental & economic injustice with wisdom, empowerment and unity. It’s a day of free classes starting at 9 a.m. Sat., Jan. 21, at the Smiley Building, 1309 E. 3rd Ave.

As a teacher, blogger, freelance writer and managing editor of Edible Southwest Colorado magazine, this is a first for Turiel. RESPOND features several classes on how to get involved, like “Activist Training 101” with FLC Professor Anthony Nocella or “The Activist’s Dance: Compassion and Action” with Judy Austin, who also teaches at Fort Lewis. Mingled among the educational elements are movement sessions, like yoga and tai chi.

Turiel said it’s entirely volunteer driven. Everything, from the flyers to speakers, has been donated and all the classes are free.

Since putting the event together, she said she feels a sense of contribution, empowerment and support. “It’s like less despair and more mobilization,” she added.

RESPOND kicks off with a keynote address by Rendon, who’s not only involved with the “Our 1st 100 Days” campaign and RESPOND, but it taking part in the “Standing on the Side of Love” march.

“Get involved,” he said. “Find the one that works for you and get moving.” 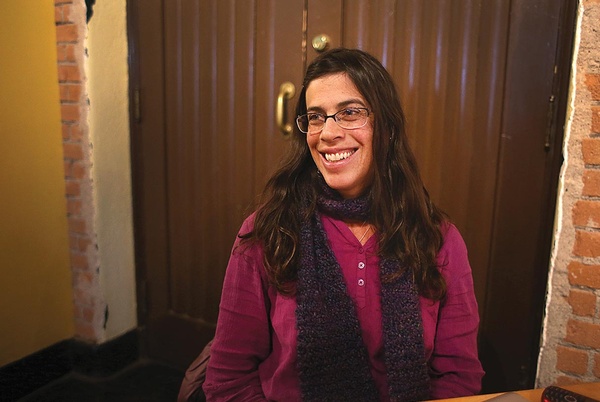 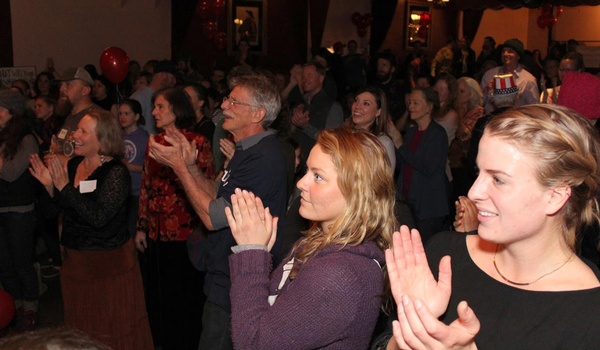 - RESPOND ... to social, environmental & economic injustice with wisdom, empowerment & unity – a day of free classes, Saturday, Jan. 21, at the Smiley Building, 1309 E. 3rd Ave. Classes begin at 9 a.m. with a break from 11:30 a.m.-2:30 p.m. for the “Standing on the Side of Love” March and keynote address from former Durango mayor Michael Rendon. Classes continue from 3-6 p.m. For more, visit respond2017.weebly.com

- “Standing on the Side of Love” March - noon, Sat. Jan. 21. Meet at the train station as early as 11 a.m., march begins at noon and moves along Main Avenue to Buckley Park.