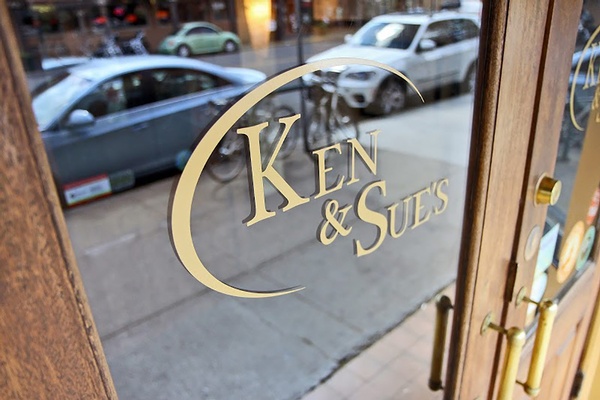 Kenneth and Suzanne Fusco, the owners of the former Ken & Sue’s restaurant in downtown Durango, have plead guilty to years of tax evasion. The couple faces up to 3½ years in prison and must pay tens of thousands of dollars in restitution.

Ken & Sue’s was raided by IRS agents on Aug. 26, 2020, but ever since, government officials have remained closed on the nature of the investigation. On Monday, the U.S. Attorney’s Office for the District of Colorado announced the Fuscos pleaded guilty to federal income tax evasion on Oct. 13.

According to court records, between 2014-19, the Fuscos knowingly categorized personal expenses as business expenses in their Ken & Sue’s tax returns. In all, the Fuscos’ unreported business income over the six-year period totaled $933,586, resulting in a tax loss to the government of $160,536.

“Tax evasion undermines the public confidence in our tax system, and the burden is often passed to businesses and individuals who abide by the law,” Andy Tsui, of the IRS Criminal Investigation Denver Field Office, said in a statement to The Durango Telegraph.

Several attempts to contact the Fuscos, who owned Ken & Sue’s for more than 20 years, were unsuccessful. Their attorneys – Jeffrey Pagliuca and Dru Nielsen – also did not return requests for comment.

Both the attorney’s office and IRS said they do not comment on open cases. It remains unclear what initially tipped off authorities to the situation at Ken & Sue's. The Telegraph, however, obtained court documents last week that detail aspects of the IRS’s investigation.

In early 2020, the Fuscos listed Ken & Sue’s for sale. On Aug. 4, 2020, undercover IRS agents posed as potential buyers and met the Fuscos at the restaurant, with one of the agents wearing a covert video recording device.

After touring the building, the undercover agent told the Fuscos he was worried about the financial figures of the restaurant and how long it would take for a return on the purchase price.

According to court documents: “On camera, Suzanne Fusco responded, ‘We’re masters at,’ and Kenneth Fusco finished, ‘disguising.’ Kenneth Fusco explained to the undercover agent that they used the business to pay for personal expenses. Suzanne Fusco also explained the manner in which they used the ‘customer supplies’ category (a line item on Ken & Sue’s tax report where the Fuscos listed personal expenses as business expenses).”

After the admission, the IRS obtained a search warrant for Ken & Sue’s, which resulted in the raid in August 2020 where agents seized accounting and tax records. That same day, IRS agents interviewed the Fuscos who “admitted to using Ken & Sue’s to pay the balances due on their credit cards, which were used extensively to pay personal expenses,” the court document says.

The Fuscos explained they would categorize their personal credit card expenses as “customer supplies,” an expense category in Ken & Sue’s QuickBooks. In a plea agreement signed by the Fuscos on Oct. 13, the couple said the tax fraud started in 2014.

The Fuscos face a prison sentence ranging from 12 to 41 months, restitution in the amount of $160,536, and a fine of $5,500 to $55,000, plus interest and penalties. A sentencing hearing is scheduled for Feb. 6, 2023, in Durango. It will be up to District Court Judge Robert Blackburn to determine the sentencing.

Earlier this year, longtime Ken & Sue’s employees Kurtis and Krista Murphy purchased the restaurant and reopened it under the name 636 Main Ave. Requests for comment to the Murphys were not immediately returned.