Listening to The Desert (and Mr. Rogers) 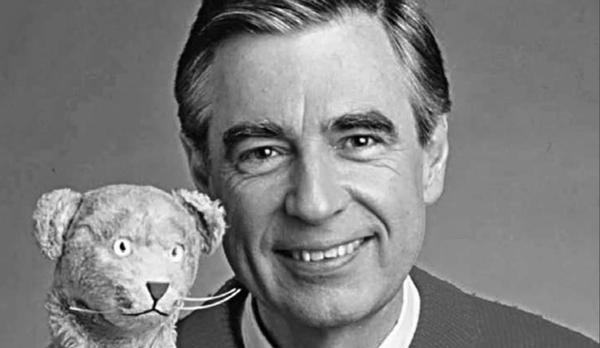 As I start to write this piece, wishing I was back out in the desert, I’m sorting through a flash flood of memories from the last month. I started my book tour for my last “dirtbag climbing book” called The Desert, and I’ve not only been inspired by the desert itself, but by others who have helped me expand my understanding and point of view for the place we hope to someday again call Bears Ears National Monument.

Not long ago I was lost. Lost and angry. I am still angry, but I am no longer lost. I found a home in words. Built the foundation with an outline. Made walls out of sentences, and a living room out of paragraphs. When the story was complete, I had a roof over my head.

Originally this book project that became The Desert was going to be a fiction book set in a world where Trump was elected president; with an emphasis on what would happen to public lands if that happened. Instead it became a nonfiction book, and the issue of Bears Ears National Monument is a central theme.

I wanted to find a place for my anger other than it boiling up inside, and I also wanted to write something that I’d be proud of in 20 years. I wanted to say that I said something; I wanted to be sure that I sang the praises of a landscape that had given me so much.

The first three stops of the book tour have been incredible. My expectations have been exceeded at each one, and the turnout makes me realize that my voice is not just my own; I speak for a large group of people who value this place and desire for it to be protected.

In the middle of this tour I had the honor to be able to be an audience member at a presentation by Regina Lopez-Whiteskunk at the Durango Public Library. While I’ve been following the Bears Ears issue for a long time, I learned a lot from her presentation, and her work as a part of the Bears Ears Inter-Tribal Coalition. She spoke of the healing that the council members from that group wanted to happen amongst their tribes, and she spoke of the pain after the designation was rescinded.

Lopez-Whiteskunk, who is from the Ute Mountain Ute tribe, spoke for nearly two hours on Bears Ears. While I usually have a short attention span, I was captivated by her presentation and her commitment to protect this landscape. Big thanks to the local library and to all the folks who brought her to town!

At the end of her presentation, Lopez-Whiteskunk noted the importance of the public voicing their opinions about Bears Ears – even in the smallest of ways – whether that be an editorial in the paper, writing a poem, or contacting their local representatives.

The good people of Durango also came out to support me during my presentation at Pine Needle Dry Goods a couple weeks ago. True to Durango, only about a third of the crowd was on time, which nearly gave me a heart attack, but folks kept coming in, even an hour and a half into the official starting time. There were many friendly faces and new friends, all brought together for the love of climbing and the love of our beloved desert.

The desert has been rainy this season, but last weekend I finally snuck out with my love, and despite it being a holiday weekend, we found some much-needed solitude amongst the red rocks. We hiked and climbed and were in pure amazement by the flowers that are still blooming. Usually this time of year it’s that type of heat that makes one dizzy and light-headed, but this season has been wet and cool; an extended bliss.

When we got home, we had that rare feeling of satisfaction; that we didn’t need to do anything but get cleaned up and chill. We queued up the new documentary about Mr. Rogers called “Won’t You Be My Neighbor.” I’d heard the buzz about this documentary from the film festival circuit, and of course, as a Gen X-er, I grew up with Mr. Rogers. But I didn’t realize how much of a kind-hearted genius he was, and how much he meant to so many kids and adults alike.

It’s hard to summarize this film – I’ll just say you have to see it – but it inspired me very deeply. There’s something about people who care about other people and who commit to doing the right thing with their lives. Mr. Rogers cared about children, and he understood child development. Our generation is the better because of it.

The spring book tour for The Desert ends next week, with stops in Salt Lake City and Telluride. I’ll be honoring fallen friends, and landscapes that changed me and still feed my soul; inviting as many people as possible into a house that words built. Word!