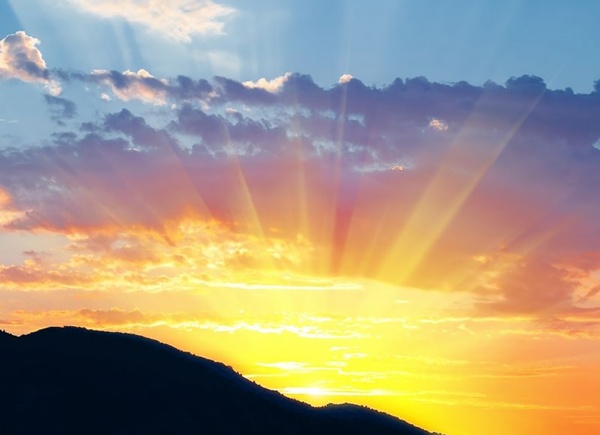 More than a century ago, Italian socialist Antonio Gramsci wrote an essay titled, “I Hate New Year’s Day,” wherein he expressed his disdain for such celebrations, and all the resolutions and expectations they bring. “You end up seriously thinking that between one year and the next there is a break; that a new history is beginning,” Gramsci wrote. “You make resolutions, and you regret your irresolution, and so on, and so forth. This is generally what’s wrong with dates.” And every year I find myself agreeing.

Needless to say, 2021 grossly overstayed its welcome. As that grim year drew to a close, one tragedy after another took hold – from another violent gun shooting fueled by racist, misogynistic white male rage to drought-empowered wildfires that ravaged suburban Denver, destroying more than 1,000 homes. All of these are heart-wrenching reminders of the various social and environmental crises that we deeply need to confront.

On top of processing and grieving through these tragedies, as I write this, reporters and historians are reflecting on the one-year anniversary of the right-wing Capitol insurrection of January 2021.

At this point, it’s a little traumatizing stepping foot into a new year.

Personally, I have not had the best start to this new calendar of days. We’re only about two weeks through, and I’m already desperate to fast forward to the parts of the year that will be good to me, like the release dates for new books and music I’m anticipating, or those random days of overwhelming joy and good news from friends and family. Or the days when plague variants aren’t multiplying like gremlins.

Because they seem so few and far between, I now uncontrollably desire those days when life shouts into my ears, “Yes, hope and joy still exist, and here they are for you.” But it doesn’t work that way. We’re always navigating through an indifferent, immovable present, and the actions we take here and now are the only way forward to better or worse days.

Though I’m often in the habit of waking up feeling eternally damned, the pressure of a new year can’t help but compound such anxiety, especially when the grim and gloomy paint skylines and headlines. So perhaps it’s worth taking a step back to acknowledge the arbitrariness of this particular epoch. For me, the poetic Uruguayan writer Eduardo Galeano often provides such illuminating reminders. In his 2012 book “Children of the Days,” commenting on the way we usually view January 1 as the start of a new year, Galeano writes, “The date was chosen by Rome, imperial Rome, and blessed by Vatican Rome, and it would be an overstatement to say that all humanity celebrates today as the crossing from one year to the next.”

In my own Diné culture, the New Year begins in October (the month is called Gháájí, indicating a division of seasons), and this marks the end of harvesting, giving way to preparations for the cold months of winter.

Of course, the Diné New Year is just one of many similar celebrations that take place around the world at different points in time to herald a new beginning. With that said, maybe it’s the result of being subsumed in a Western-centric worldview, but one can’t resist becoming immersed in the New Year’s Day of January. One can’t help but curiously desire the party others are talking up. But why stop there? Why remain so static and linear, allowing the ashes of Imperial Rome to continue haunting our days?

I am not wishing to return to any previous year (and honestly, to do so would be delusional). And as we hurtle deeper into this century, we continue to navigate through a world fractured by climate change, fascism and diminishing safety nets, among other alarming issues. Which is to say: as we move further in time, we are running out of time.

There’s an old anarchist slogan that declares, “Another world is possible.” And more so than before, we must work toward making that statement a reality, by organizing and fighting for a world free of the violence, exploitation and domination that currently has us set on a death-drive of self-annihilation.

And along the way, we must never lose sight of the joy innate to every possibility. Because even though the New Year’s Day of January leaves much to be desired once the horror of reality sets in, I appreciate such celebrations for the gift they present us: it gives us another reason to believe again; to collectively turn toward the sun and take stronger steps forward.

In Galeano’s reflection on January 1, though he’s aware of the Eurocentric/imperialist construct to this moment, he writes, “We ought to acknowledge that time treats us rather kindly. Time allows us, its fleeting passengers, to believe that this day could be the very first day, and it gives us leave to want today to be as bright and joyous as the colours of an outdoor market.”