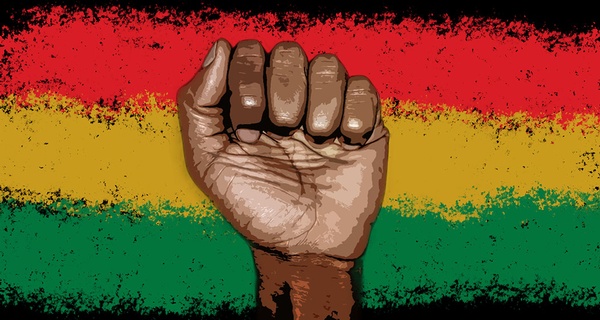 As the violent dust settled in the aftermath of Operation Desert Storm in 1991, the majority of Americans were once again feeling the thrill of stomping on the Middle East – pulverizing Iraq into a “pre-industrial age nation,” to quote a United Nations report – all in order to maintain control of oil reserves. Along with that imperialist euphoria came the rapture of Pax-Americana dreams of splendor.

The California restaurant chain Sizzler heard the call and rebranded itself as the zenith of the American dream. A 1991 Sizzler promotional video consists of montages of white Americans going about their day running the world while a nauseating pop ballad of ultra-nationalism plays in the background. The video’s overtly political lyrics offer gems such as: “Sizzler brings the choices that you’ve been looking for. Giving you the right to choose, we’re offering much more.” While patriarchal courts were discussing and diminishing how much autonomy a woman has over her body (which continues today), Sizzler redirected the conversation to focus on the right to choose food from their buffet troughs.

This was also the same year Rodney King was brutally beaten by the LAPD. The horrifying event was caught on tape and sent the state into a fiery rage. Yet, for those keeping their eyes stubbornly glued to whitewashed nationalism like Sizzler’s marketing, the reality of state-sanctioned violence was nonexistent.

Which brings us to the present. February is Black History Month, yet many states and school districts began the month by threatening to ban books that confront racism, sexism and the fluidity of sexuality, among other matters that help shape a worldview of dignity and empathy. Which is to say there are many people out there who prefer Sizzler’s ad as an account of American life. Texas and Tennessee could be the first to impose such whitewashed brainwashing, but if things continue on this trajectory, it’s only a matter of time before it happens here.

As absurd as this prediction may seem, I don’t want to downplay the serious and deadly nature of repressing Black and Brown voices. When it comes to such actions, the FBI has historically been the model of suppression.

After spending much energy dismantling labor unions and socialist organizations throughout the 1950s, the FBI began directing its attention to the various Black and Brown liberation struggles erupting in the tumultuous 1960s. This campaign of political repression, mainly targeting the working class and communities of color, unfolded under the FBI’s counter-intelligence program – COINTELPRO for short. By 1967, with the popularity of Black Power organizations such as the Black Panther Party, a directive was sent out to FBI field offices, instructing them to “disrupt, discredit or otherwise neutralize the activities of (civil rights and black liberation organizations), their leadership, spokesmen and supporters.”

The Black Panther Party rose to prominence in the 1960s, and much of that was due to successful efforts to provide “survival programs” to Blacks in urban localities. These services included free schools, free clinics and, most notably, the Panther’s Free Breakfast for Children program, which began in 1968 and served 50,000 grade schoolers in 45 inner cities around the country. Naturally, like a Texas school board meeting paranoid over “anti-white propaganda” being fed to children who meet their daily nutritional requirements, the FBI was determined to destroy these empowering services. Efforts included the jailing of Panther Party members and intimidating local businesses that were collaborating with the breakfast program.

Of the many grotesque attempts to destroy the Black Panthers, one of the most heinous is the assassination of Illinois Panther leader Fred Hampton. In his early teens, Hampton showed promise as a community organizer. By the age of 21, that energy and charisma led him to become a notable Panther leader, causing the FBI to put an immediate bullseye on him. In the early hours of Dec. 4, 1969, police raided Hampton’s apartment under the pretext that “illegal weapons” were stored there. Through an informant, they were provided a floorplan of the apartment, which pointed out Hampton’s bedroom. Armed with submachine guns and M-1 carbines, the police fired 42 rounds into the wall connected to Hampton’s room as he slept. Miraculously, Hampton was only hit once during the initial assault, though he was severely wounded. Another officer then approached the wounded Hampton and fired two more rounds at close range into his head. “Well, he’s good and dead now,” remarked one of the officers.

Black radical intellectual Frantz Fanon once referred to colonialism’s daily pervasive racism as “atmospheric violence ... rippling under the skin.” Here we can call it the American weather.

In reflecting on the violent mobs intent on upholding whiteness, James Baldwin wisely noted these ideas start at the top. “The idea of black persons as property does not come from the mob. It does not come from the people, who knew better, who thought nothing of intermarriage until they were penalized for it: this idea comes from the architects of the American State,” he said. “These architects decided that the concept of Property was more important – more real – than the possibilities of the human being.”

The cultural repression now targeting communities of color and queer voices is only the extension of this. Ever since marginalized voices first rose up demanding dignity and justice, the settler state has sought “to disrupt, discredit and destroy” such vibrant liberation movements. And it is unsurprising how those clinging to whiteness and American exceptionalism will use any means to uphold the prevailing order.

If and when the tide will turn against this ongoing cultural repression is hard to determine. In his Hood Communist article titled “How to Withstand the Neo-Fascists’ Conquest of Power,” writer and organizer Kali Akuno maps out a grim trajectory for the country over the next few years. This ongoing cultural repression has potential to metastasize into something darker. To resist that, Akuno points to the necessity to build up strong mutual aid communities and self-defense networks. And since those tactics are rooted in the Black/Afro-Indigenous/Queer radical traditions, it is only fitting to vocalize these strategies during Black History Month.

With COVID, climate change and creeping fascism building a tinderbox of terror, we must act with our emergency hearts and urgently embrace radical mutual aid if we seek to actualize a world of harmony and dignity for all.