What has Donald done? 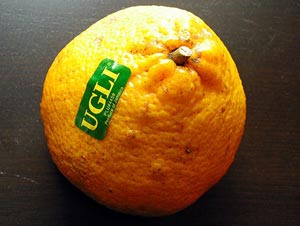 Sometimes I wish my chosen profession had more tangible results. I write these words after choosing to abandon my first La Vida draft. I was hundreds of words in, but it wasn’t flowing. I was writing about Trump, and somehow it went off the rails, imagine that.

So, I’m just going to get right into it. In a few years Trump and Pence will be done and gone – but what will they have done for us? That I don’t know, but I do have some ideas of what Trump has done for me so far.

You reminded me how important my career is, how crucial journalism and creative writing are. I know I am honest, you can’t take that away from me. I know this craft is important, and it is not only resilient in America, but it is thriving in spite and because of you. You made me want to subscribe to the “failing” New York Times. You made me want to write poetry.

You reminded me how important public lands are. You made me learn more about the Antiquities Act. I know we need oil and gas, my car won’t run without it, but some places are too sacred to sacrifice for those things.

There are spirits that live in those places, I know, they told me. I know you probably never got the chance to see and feel these places in your formative years. The downfalls of capitalism and materialism probably consumed and warped your soul at a young age.

You made me look closely at Bears Ears National Monument and realize just how unique of an agreement and proclamation that it is. You made me value it more than I ever have.

You reminded me of the history of injustice toward Native Americans. You made me want to go dive into books, film and oral history to learn that what you are preaching is nothing new.

You made me want my peers to run for office. (I’m simply not suited for it, I know that.)

You made me think about all the Mexicans I have met in America, illegal immigrants and legal citizens. I don’t know a rapist among them. You made me value the values that most of them have, and realize they are the same values I have: love of family, a hard work ethic, and a will to make their lives better.

You made me ponder just how recently gay people got the right to be married and how much I support that. And how stupid it is that some people don’t want gay people to get married.

You made me realize how the NRA has nearly every Republican by the, er, pistol.

They (and you) need to be voted out of office.
You made me appreciate good Christians, and all good religious people.
You made me realize how stupid fighting on social media is, and that I don’t care about Twitter.
You made me realize a lot of good people voted for you, and that’s a failure in the system, and not those people.
You made Eminem step up his freestyle game. He, of all people, made me realize just how shitty of a human being you are because he looked so good when he ripped you apart in that rap battle. We look to Eminem for dope raps, but you made us look to him for morality and ethics. WTF?

You made me realize we live in a democracy, and that you won’t be president forever.
You made me miss Obama, if only for his integrity.

You made me miss George W...well no actually, you didn’t. Or Bill Clinton – shoot, he practically paved the way for you and your misogynistic ways. You made me feel sorry for Melania and Hillary and all women who get trapped in situations because of shitty men.

You made me realize just how lame some of the Democratic politicians and tacticians are. And how awesome Bernie Sanders is!

You made me think about global warming more.

You made me think about the overpopulation of humans. About war. About rumors of war. Of wars that

have been. Dylan said it best, man, “The meaning of life has been lost in the wind.”

You made me appreciate scientists.
You made me think about white privilege. You made me grateful that my parents aren’t racist. You made me respect my dad even more because even though he’s Republican, he didn’t vote for you for moral reasons.
You gave my favorite comedian, Dave Chappelle, a lot of material, including this line, “I’ve never felt so American than when we all hate on this mutherf***er together.” That gave me a laugh. It’s kinda true too.

You made me grateful for hip-hop, and the outlet it can provide for anger.

You’ve made me realize what I love about America, and none of it has to do with white supremacy.

You’ve made me realize we have a long way to go before America is great, and if we ever get there, it won’t be because of you.