Winter in America
In times like these, words are some of the only small mercies we have 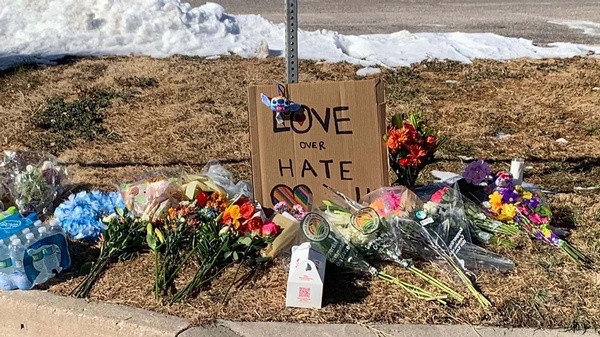 We have been here before, shaken and stunned in the shadow of sorrow. By the time you read this, it may be hard to tell which tragedy I speak of. It’s been overwhelming to keep up with the funeral procession. But I still believe words are bulletproof. It’s the only small mercy I can find in this dark freezing with no end, otherwise known as winter in America.

Lately, what I call my church of mercy has been the 1974 album by Gil Scott-Heron and Brian Jackson, prophetically titled “Winter in America.” A similar darkness had set in over the country when Scott-Heron and Jackson went into the studio. Leading up to the recording sessions, there was a whirlwind of socio-political turmoil, an oil crisis and economic ruptures, as well as the murders of Dr. Martin Luther King and John F. Kennedy. “The only season left is winter,” remarked Scott-Heron in a 2009 retrospective with Vibe magazine. The album responds to these crises with a chimerical combination of unrestrained soul, blues and jazz. From start to finish, the urgent plea for love and justice can be heard in Scott-Heron’s voice, and it’s not hard to transpose that message onto our present-day tragedies.

Because I was watching a news report about a gunman that opened fire in Club Q, the only LGBTQ venue in Colorado Springs. This hate crime killed five people and injured many more in what should have been a safe space. “It’s a place of welcome, a place of peace,” Joshua, a courageous witness and survivor, said in an interview with PBS News the day after the shootings. “It’s a place for us to be ourselves and now look. What are we going to do?” I was frozen from the heaviness of Joshua’s pain. I let my heart sink to that dark place it keeps returning to. Then all I could do was reach for that small, impossible mercy found in “Song for Bobby Smith,” the sixth track on “Winter in America.” Backed by a somber piano melody, Scott-Heron croons, “Ain’t you been there, and ain’t you going? To a place where friendship’s flowing?” My mind went back and forth between the mourning on TV and Scott-Heron’s immortal words. The brave survivor standing in the sunlight. Images of people leaving flowers and signs at the site. All of it in my chest held by Scott-Heron praying with piano: “We are brothers and sisters in a spirit. Can’t you see it? Can’t you feel it in your heart?”

I want to say we must not become numb to this violence. But then I remember we celebrate holidays that glorify the genocide of Indigenous people and the enslavement of African people. Then I remember the dehumanization of Natives inscribed in the Declaration of Independence, when it refers to us as “merciless Indian savages.” Between documents that legitimize the bloodlust of colonization and holidays with unspeakable names, the celebration of slaughter is built into these borders. But I still need to express the statement that we must not become numb to this violence. That we need to recognize and unlearn the grotesque, nationalist celebration of bloodshed in our culture of death. Ultimately, it emboldens the prevailing order. And in times of turmoil and social decay, when diversity and inclusivity are considered threats, reactionary men will respond with violence in an attempt to reinforce the status quo.

When Scott-Heron and Johnson recorded “Winter in America,” they avoided writing a song that shared the same name. They wanted the title to act as a theme and let each song speak on its own. Eventually, they would go on to write a song that shared the name. But it would appear on their follow-up album in 1975. With soulful hues, the song “Winter in America” paints a bleak and sprawling portrait of life in occupied America where “democracy is ragtime on the corner,” “the forest is buried beneath the highway” and “all the healers have been killed.” What interests me most is a particular live recording where Scott-Heron starts the song with a poetic monologue:

There used to be an agreement between the seasons, that they would all stay for three months, and then go wherever seasons go. Lately there has been no spring, no summer and no fall. Politically, and philosophically, and psychologically. There has only been the season of ice. It is the season of frozen dreams and frozen nightmares. They call the season “winter.” We call the song “Winter in America.”

We are still ensnared in this season. Trapped in a Death-of-God Saturday with resurrection and redemption frozen on the horizon. As the tragedies multiply, there are not enough roses to lay on the dead. But as it stands, our culture of death and profit paralyzes our humanity. To compound that, we live in a broken system, ruled by spineless leaders who spout hollow progressive platitudes while coddling the corporate state. They would much rather choose to lick the boots stomping on their faces in order to avoid creating a world of equality, shelter and harmony. People in power only serve power. They are not our saviors. Ultimately, all we have is each other, and if we wish to break through the American weather of endless winter, our survival depends on mutual aid. That conviction is the other small mercy of light I carry with me in this clustering darkness.