An empty shell
Sure Johannson rocks the body suit, but animé remake offers little else 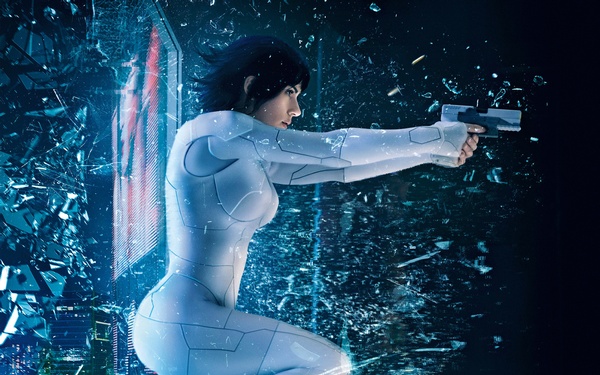 Whether you like it or not, the fact is, cinema in 2017 has become a place where the ethnicity of a character matters, perhaps more than it ever has. Most studios and filmmakers continue to be slow to recognize that. As a result, their movies end up with subtexts they didn’t intend and can’t control.

That’s clearly the case with “Ghost in the Shell,” the American multiplex remake of the 1995 cult anime. There has been a lot of (well-merited) protest of the casting of Scarlett Johansson in the title role, and that backlash has seriously hurt the film at the box office. But it’s also given the film a surprisingly insightful, if clearly unintentional, subtext.

“Ghost in the Shell” is set in a future Japan where everyone is enhanced by robotic eyes, arms, even livers. Major (Johansson) is cutting edge. Her entire body is robotic; only her mind is human. She is basically a RoboCop. Her creator, Ouelet (Juliette Binoche) believes that she is a wonder, and the wave of the future, but Major has her doubts and questions. It’s lonely being the only one of her kind, and she wonders if her cybernetic body makes her less than truly human.

Major is on the trail of a hacker named Kuze, who is systematically taking out all of the people involved in her creation. Kuze somehow has the ability to hack into anyone’s robotic parts and make them do his will; he hacks two garbage truck drivers and attempts to assassinate Ouelet. Major takes greater and greater risks to bring Kuze in, but in the process, learns that she can’t trust her own memories, or the people she believes to be her friends.

This new version has streamlined the plot of the original anime, which I think was necessary – I remember feeling mostly confused watching it years ago (I never really understood all the fuss; there are plenty of anime I like more than Ghost in the Shell.) Johansson seems to be cast for the way she looks in a bodysuit. She's never been an actress with a lot of range, and she spends most of the film trying to find variations on her frowny face. I'll admit that it does look great, but the anime looked even better. I don't really understand this need to make scene for scene live action versions of our favorite animated films (I haven't yet, and probably won't, see the new “Beauty and the Beast,” in spite of my love for Emma Watson.) It feels to me like colorized versions of black and white movies.

The reveal near the end – when Major learns who she was and where she came from – makes this feel like a companion piece to “Get Out”. (I’m starting to think “Get Out” is going to influence the way I see every other move this year, so get used to it.) She is, or used to be, Japanese; her name was Motoko. But Motoko is in the sunken place now; all that’s left is Major, who does what she’s told. Major functions as a metaphor for the film itself; its ghost is Japanese, even if its shell is Hollywood.