Mommy issues
There's a lot to deal with in Darren Aronofsky's 'Mother!' 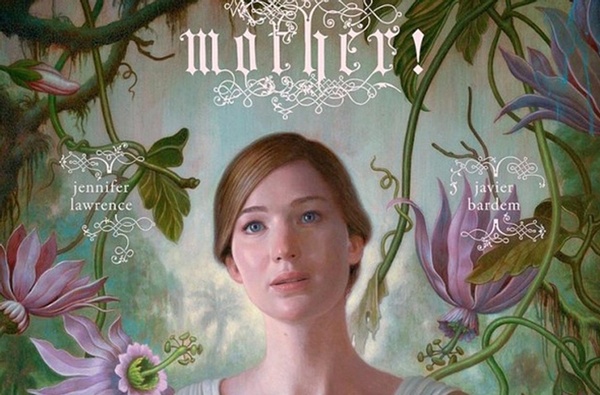 In Darren Aronofsky's latest film "Mother!," Jennifer Lawrence and Javier Bardem play a married couple living in a giant, isolated home. While Aronofsky has been open about what it all means, not everyone is walk- ing out of the theater with the same interpretation.

Let’s start with the plot. Jennifer Lawrence and Javier Bardem play a married couple living in a giant, isolated house. None of the characters in this film have names, so I’m going to refer to them by the actor’s names. Bardem is a frustrated writer; Lawrence is his much-younger wife who devotes her time to restoring his house, which once burned down. Bardem keeps inviting people into the house, and Lawrence keeps protesting because they don’t listen to her or clean up after themselves. Eventually, his writing makes him famous, and the fans destroy the house, until Lawrence herself sets the whole thing on fire and kills herself in the process.

Now let’s talk about the filmmaking. Aronofsky thinks Lawrence deserves an Oscar for this role; I think she’s terribly
miscast. Lawrence is a talented actress, but her strength is in bringing earthy, stubborn, strong female characters to the screen, women who love to laugh and drink and flirt and don’t take shit from anybody. But here she’s trying to play a character who is private and quiet, who can’t make people listen to her and who often acquiesces without even realizing she’s doing it. I didn’t think I’d ever say this, but I would have preferred Jennifer Garner in this role to Lawrence. She just feels off.

Aronofsky films the whole thing like a fever dream, which makes sense, I guess, given what he’s attempting to achieve, but it wears the viewer out. He really loves extreme close ups of Lawrence’s face; even in the first, relatively calm act. In fact, so much of her face is on the screen that he cuts off her hairline. He doesn’t film any of the other characters this way. I think it’s his way of making it crystal clear that this is her story. But it really made me want to get some distance from her.

Now let’s talk about the allegory. Aronofsky has publicly and repeatedly said that Bardem is God, Lawrence is Mother Earth, Ed Harris is Adam, Pfeiffer is Eve, and so on. OK, that’s the author’s intent, so we have to recognize it. I’d say, interpreted that way, it’s a sloppy and shallow allegory that leaves me with a hundred unanswered (and perhaps unanswerable) questions. If Adam and Eve are not part of creation (the house), where do they come from? Why does Eve tell Mother Earth to wear sexier underwear when having sex with God? Why is Adam terminally ill, and how does he know about God before he arrives at the house? Why do Cain and Abel bicker over Adam’s will, and not God’s approval? Why is Abel such an ass? How can Jesus be the child of Mother Earth and God, if Adam and Eve are not? And on, and on, and on...

This isn’t the interpretation I walked out of the movie with; it’s what I read about online, in interviews with Aronofsky. While watching “Mother!,” it was clear to me that the house, at least, was an allegory for the marriage between Lawrence and Bardem, and that this was a film about creative types (like Aronofsky) and their difficulty to maintain stable and healthy relationships.

Lawrence works tirelessly to make the marriage exactly the way she wants it to be, and she wants Bardem all to herself.

That stifles and suffocates him; he wants the influence and creative chaos of other people. She can’t control the way other people affect and influence him, and the effect that has on their marriage, and she can’t stop them from giving her advice she doesn’t want. When Bardem becomes successful, there are all of these people – fans, publicists, editors, artists – who all want a piece of him, and he can’t say no. On some level, he needs their adoration and attention, which feels like a personal insult to her. She thinks she ought to be enough for him.

When they have a child, her desire to have a private life and protect her child from the paparazzi intensifies and brings her into conflict with him. He wants to show off his child, and the paparazzi both adore and consume the celebrity kid. Ultimately, the marriage is a war zone, and there’s nothing she can do but blow the whole thing up. And she is out of his life, and he moves on to a new, adoring wife, and the whole cycle begins again.

The thing about this interpretation – and, I’m aware that going against the artist’s own interpretation is like walking into his house and rearranging the furniture – is that, by bringing it down out of the clouds and making it about real people, it shows some of the complexity (perhaps unintentional) about his cosmic allegory. Is it really fair for Lawrence, or Mother Earth, to want Bardem, or God, all to herself? Is it wrong of him to want other people in his life, or in his house, on occasion? Where are her friends, and why is she perfectly content to spend her entire life alone with her husband? (Is that healthy? A healthy foundation for a marriage?) Why can’t she learn to actually put her foot down, speak with authority, establish some house rules, lock the door to their bedroom and move the valuables where they won’t so easily be broken? If Aronofsky really wants to say that this is what Mother Earth is like, then Mother Earth has some of her own issues she needs to address. It might be good for her to see a therapist.

Now, Aronofsky has acknowledged that interpretation (I’m not the only one to see the movie this way), but he says it’s completely coincidental. I find that interesting; is it possible that Aronofsky has unintentionally used a person like himself as an allegory for God and isn’t aware that’s what he’s doing? I don’t know much about Aronofsky’s personal life; it’s clear he’s a passionate artist and craves attention. Wikipedia says he’s never married but is on his second celebrity relationship (with Lawrence, who is 20 years younger.) This is clearly a case where a man has made God in his own image, and then complains about the way God behaves.