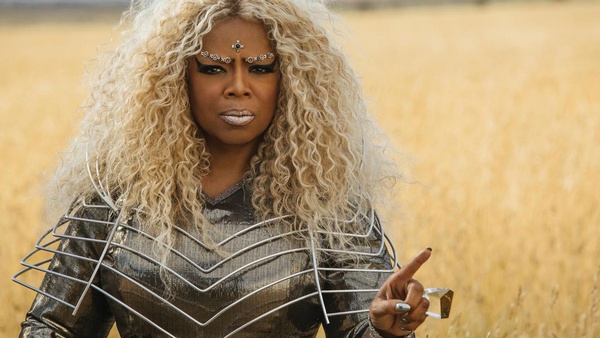 When I heard that Ava DuVernay was directing “A Wrinkle in Time,” I was breathless with anticipation. I have enjoyed DuVernay’s previous films and was excited to see what a female African American director would bring to a beloved story. It helps that I had just finished reading the book to my own kids. I saw the previews and got even more excited – DuVernay made the family biracial. Fantastic! I found myself day-dreaming about the ways she might enhance Madeline L’Engle’s themes about resisting fascism and conformity.

Alas, the final product didn’t live up to my expectations, as movies made from beloved books almost never do. “A Wrinkle in Time” is a visually stunning movie and maybe goes a little overboard at times with the special effects. I took my kids to see it, and they enjoyed it. Their main complaint was that it was scarier than the book – though I think the book is scarier, personally.

DuVernay moves the earthly setting from rural Connecticut to L.A. The Murry family is made up of two brilliant scientists, played by Chris Pine and Gugu Mbatha-Raw, and Meg (Storm Reid,) who is the daughter struggling through the awkwardness of adolescence, and her brilliant adopted little brother, Charles Wallace (Deric McCabe.) Meg thinks no one likes her at school, and truth be told she isn’t very likable, as insecure 13-year-olds tend to be. But the very handsome Calvin (Levi Miller – seriously, this kid looks like Leonardo DiCaprio in his soap opera days) thinks she’s interesting. Meg’s father disappeared four years ago, while trying to find a way to travel in space using just the power of his mind.

As the little brother, McCabe wobbily walks the line between precocious and obnoxious. He befriends the flibbertigibbety Mrs. Whatsit (Reese Witherspoon), who doesn’t like Meg much. Mrs. Whatsit introduces them to the mysterious Mrs. Which (Oprah Winfrey) and Mrs. Who (Mindy Kaling), who speaks exclusively in quotes. DuVernay updates the quotes with bits from pop and hip hop culture, so Mrs. Who isn’t always sounding like a dead white guy, which is a great idea. But the quotes are clunky; I wish she had worked a little harder to find the right ones, not just the easy ones. It ends up a good idea poorly executed.

Off the children go, across time and space, to rescue their father from the evil clutches of IT, which is neither a clown in a sewer nor the Information Technology department, but a giant brain that wants everyone to obey its commands. It does this by sowing seeds of self-loathing in the minds of people it affects. This is where the story really broke down for me (and the part where I gripe about how different he movie is from the book.)

L’Engle’s book is about the ways the heart is more powerful than the mind. IT is terrifying because it is entirely logical, concerned only with efficiency, productivity and the greatest good for the greatest number of people. IT is cold and ruthless because that is the nature of logic. Little brother Charles’ brilliance becomes his weak point when confronted with IT, a mind greater than his own. His hubris is that he thinks he can defeat IT by trying to out-think it. Meg doesn’t have her brother’s mind, but her heart is strong. She loves fiercely and stubbornly, and it is her love that saves them all.

But by replacing logic as IT’s weapon with voices that in-still self-loathing, the whole thing starts to break down. There’s no reason Charles would be vulnerable to voices of self-loathing; he’s certainly the most confident and secure character in the movie. His fall to the darkness doesn’t make sense. For some reason, it happens at a crowded beach, and the Man with the Red Eyes (Michal Pena, miscast) says the same words he says in the book, but there’s no reason for him to say them, or for them to work. The whole thing feels like a plot device, divorced from the characters, only there to grind the gears of the story forward. This is what happens when you haphazardly switch out the central metaphor of a story. The pieces no longer mesh.

I can understand DuVernay’s impulse to update the M.O. L’Engle was writing in the era of the Iron Curtain and McCarthyism; the one thing both sides of the Cold War had in common was a terrifying push toward
conformity. In the book, IT feels a lot like Big Brother in 1984. Maybe our fear of that authority has faded a little, though I’d argue it’s on the rise, and DuVernay missed an opportunity to capture the bleeding-edge zeitgeist in favor of something more syrupy.