Hey, Iron Horse Bicycle Classic – Happy Big 5-0!
It’s true, the cherished bike race unique to Southwest Colorado, in which cyclists vie to beat the historic Durango & Silverton Narrow Gauge Railroad 50 miles from Durango to Silverton, has grown up right in front of our eyes.
What started in 1971 as a good-humored bet between brothers (one working for the train, the other an avid cyclist) has blossomed into a regional staple.
Now, the annual race brings thousands of cyclists from all over, which requires riders to climb two mountain passes and gain 5,000 feet in elevation (it takes the D&SNG about 3½ hours to get to Silverton). Although such a feat may not be everyone’s cup of Tailwind, the Iron Horse has become a huge economic driver for local businesses and marks the start of summer for avid cyclists and noncyclists alike.
But turning 50 doesn’t mean the Iron Horse doesn’t have any new tricks up its arm warmers. Instead, there are several new events this year, including a race from Ouray to Silverton over Red Mountain Pass. Also, the Roostmaster race – a short track race with dual slalom and jumps mixed in – will happen at Chapman Hill for mountain bikers (along with a beer garden and food, to boot). An added bonus: the slalom course will be left intact at Chapman Hill for the entire summer for public use.
For a full rundown of events, visit ironhorsebicycleclassic.com
In the meantime, here’s a look through the Telegraph archives at the good, bad and ugly of Iron Horses of years past. 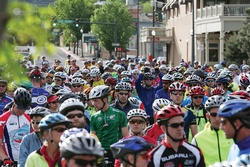 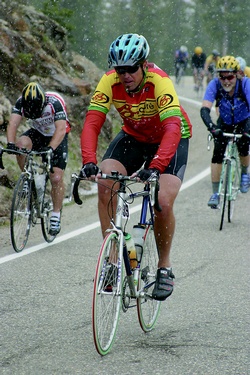 You haven't done the Iron Horse until you've done it in the snow. 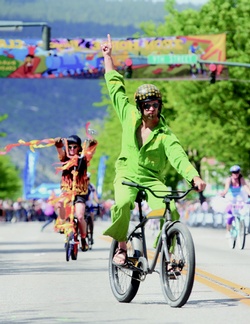 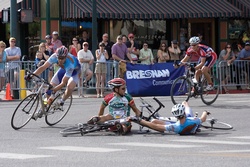 Carnage in the Criterium illustrates at least one good reason for the leg shaving. 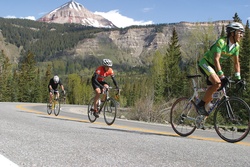 Yes, it is uphill both ways. 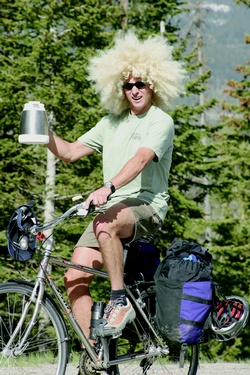 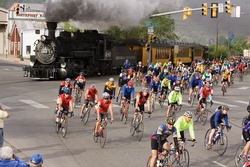 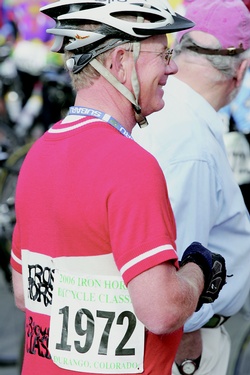 Founding father the late Ed Zink, who passed onto the big road race in the sky in October 2019. 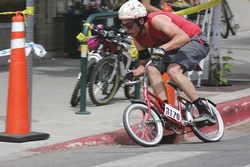 It's not the size of the wheels, but how you use them