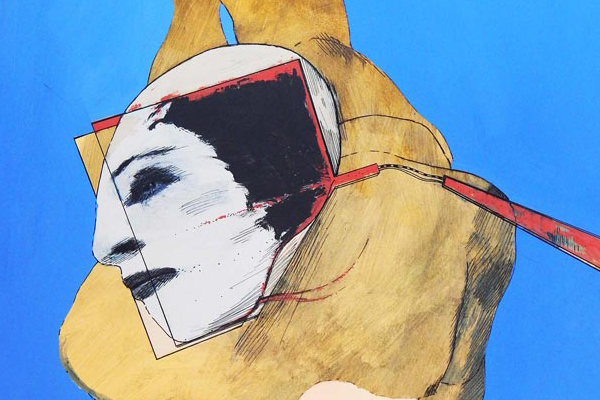 A painting from Englehart's 1960's series, "The Women." The series, depicting the Greek goddess of life on Earth, Gaia, is on display at the DAC starting Fri., Feb. 24.

Best known for his expansive, Southwestern inspired landscapes, another side of Stanton Englehart will be on display at the Durango Arts Center starting this Friday. In cooperation with the Englehart Family Trust, the DAC presents “The Women,” a more obscure collection dating to the 1960s that departs from the beloved late painter’s signature style.

The more than two dozen pieces will be a major departure for anyone who has not seen them before. According to Englehart’s daughter Sharon, the works portray the Greek goddess Gaia, also known as the mother of all life on Earth. Sharon explains that the works were created by her father in an effort to express his concerns over the abuse and exploitation of natural resources – a topic that is no less relevant nearly 50 years later.

“The Women’ expands on notions of gender, environment and society in striking figurative works,” she says. “(The paintings) demonstrate themes as timely as when he created the pieces in the 1960s, and pose the question: how will our choices today dramatically affect our planet tomorrow? What, if any reforms, have occurred?”

Despite being made half a century ago, the paintings retain a contemporary appearance in both style and subject. Created in mixedmedia, they look something akin to colored etchings while at the same time utilizing large, flat swaths of color similar to Englehart’s trademark sprawling landscapes. The colors are familiar, the style still graphic in treatment, but the delicacy of line and the somber mood of the faces are not typical of the master painter. Most of the images are subdued and quixotic; all are provocative. Viewers can expect to be drawn into a hypnotic state, staring into the eyes of the woman pictured.

According to daughter Sharon, the precarious condition of the Earth is represented in the paintings by the female form hemmed in by geometry symbolizing development. “The women are in visual tension and transformation, just as the Earth is transformed and dissected by industrial progress,” she says.

Englehart died in 2009 at the age of 78 following a long, debilitating bout with Alzheimer’s. Nevertheless, to this day, he remains a major force within Durango’s art community. Although the Cortez-born painter may be known for his body of work created over a 50-year period, he is probably most lauded and fondly remembered for his role as mentor. In that capacity, he founded the Art Department at Fort Lewis College in 1961, where, for several years, he was its sole professor and taught all fine art, art history and theory classes.

His former students abound in Durango, some who have followed in his footsteps by teaching or working as professional artists. Ask them about the man and their responses are almost always the same: a fabulous teacher; encouraging and eloquent; his lessons went beyond art to providing life-changing guidelines.

Local art advocate, gallery owner and painter Karyn Gabaldon studied with Englehart from 1973-77. “He was a deep thinker; I loved finally finding someone who was as ‘heavy’ as I was,” she recalls. “We dove head on into the depths of why art is so important in life and how to fulfill that purpose as an artist. I found, through him, that I could be an artist and (learned) the important role of giving to the world in that manner.”

Durango Artist Sharon Abshagen studied with Englehart beginning in 1975. “I took all of the painting classes Stan offered. He also taught a class called ‘Theory and Esthetics of Art,’ which was a requirement for graduation. He had a good mind and led great discussions about art in all of his classes.”

Abshagen recalls how her mentor would arrive on campus at around 5 a.m. to paint. “It was inspirational to stop by his studio space and watch him work. He mounted a show every spring, and we would hold class in the gallery on the floor and discuss each piece.” She was most impacted by the sense of seriousness he brought to the vocation. “I came tounderstand how important art is and how to respect it,” she says.

Another local artist, Alice Crapo, fondly recalls taking art courses at the college as a nontraditional student in her 30s. “As a liberal arts school, two art courses were required. Stanton’s Art 101 was my first, which was far more than an art class,” she says. “Stanton told us he could teach us 10 things about art, but what he really could do was create an environment where what was in us was free to come out.”

Crapo admits that, as an accounting major, she was more left brained, but Englehart helped her get in touch with her creative side. “Stanton’s class helped me realize art was the avenue to develop my right brain and that I would be far better off,” she says. “From that class forward I made time and money for art, and I still do.”

Fortunately for those who never had the chance to meet Engelhart directly, his legacy lives on through those he enlightened with his talent and spirit. And, of course, it lives on in his paintings, which are just as poignant today as when they were created. Pay a visit to “The Women” and see for yourself. 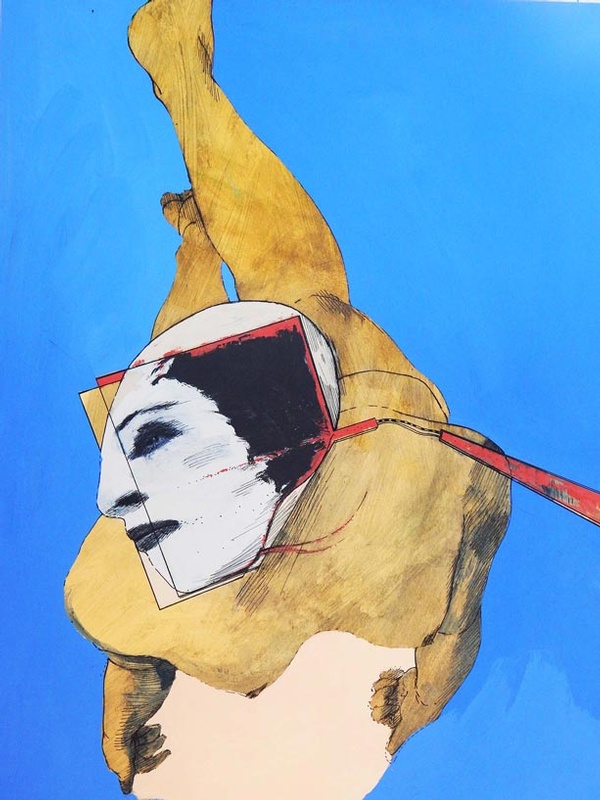 A painting from Englehart's 1960's series, "The Women." The series, depicting the Greek goddess of life on Earth, Gaia, is on display at the DAC starting Fri., Feb. 24.

What: “The Women,” a series of lesser known paintings by Stanton Englehart