All hail the Idaho stop 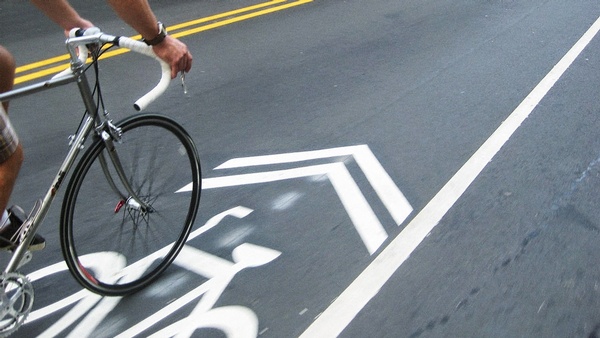 On April 13, 2022, Colorado Gov.  Jared Polis signed a bill into law that allows cyclists to roll safely through stop signs without having to fully stop. The new law allows cyclists to treat stop signs as yield signs, and furthermore, treat stop lights as stop signs. Haven’t a bunch of cyclists, including myself, already been doing this for ages? Of course. But now it’s legal.

Sure, this might get a few people’s underwear bunched up, and that’s ok, I get it. Cyclists do dumb stuff on the roads all the time. They don’t look both ways before crossing, they turn in front of oncoming traffic, and they put themselves in a lot of danger.

How dare they is exactly what I tell annoyed vehicle drivers when they complain about cyclists. And then I see cars blow through stop signs and red lights at high speeds and hit pedestrians or get t-boned in their 5,000 pound vehicles.

Yeah, cyclists can be SO DANGEROUS.

No, us bicycle riders are not that dangerous, but we can be obnoxious. A lot of it is due to the fact that we have chips on our shoulders because riding a bicycle is super fun, and awesome, and that, in turn, makes us super fun and awesome. It’s also because none of us cyclists are actually really sure what the bicycle laws are, and so we kind of make things up as we go, which, yeah, can be pretty obnoxious.

Colorado’s bicycle laws give a pretty easy blanket statement, citing that cyclists should follow the same rules as motor-vehicle drivers. Such as, no driving on sidewalks, no steamrolling, avoid yelling profanities and flipping other people off, and don’t be sloshed when riding home from the bars.

One of the more confusing bicycle rules that I very specifically would like to clear up right now, though, is where, when and how a cyclist can use a roadway, and how we can soberly and respectfully share the road.

First of all, cyclists cannot take up an entire lane whenever they want to, but they can take up the lane if there is no other safe place to ride. Article 5 of the Official Bicycling Laws in Colorado states that “any person riding a bicycle shall ride in the right-hand lane.” BUT, cyclists can take up a lane: “(a) When overtaking and passing another bicycle or vehicle proceeding in the same direction; (b) When preparing for a left turn at an intersection or into a private road or driveway; (c) When reasonably necessary to avoid hazardous conditions, including, but not limited to, fixed or moving objects, parked or moving vehicles, pedestrians, animals, or surface hazards.”

So, no, cyclists can’t ride in the middle of the street all the time, but the above listed situations are extremely common and often occur on Durango’s dirty, potholey, car-riddled, sign-spattered, couch-collecting shoulders that some people might call “bike lanes.” So yeah, a lot of us cyclists end up needing to take up some road space to avoid all the sh**.

Beep beep, please let us through.

There is another situation where cyclists can take up an entire lane no matter the circumstance and that is the presence of “sharrows.” Sharrows are those dimly painted, weathered bicycle emblems on the streets that we often can’t really see, or just simply ignore. For my first few years of riding my bike in Durango, I thought they existed just to shame me into wearing a helmet, but after some research, I found out they mean that cyclists CAN take up an entire street lane. Basically they indicate that bicycles and cars share the road in an equal manner, and cars should treat cyclists the way they treat any other car. But nicer, please. And they exist on almost every city-bound street in Durango INCLUDING MAIN AVENUE. This means that if you are trying to race home in time to watch “Dancing with the Stars,” and you get stuck behind a cyclist on Main Avenue, or any other road with sharrows, deal with it. Tailgate us, have your pity party and your road rage, but then cool your jets, take a breath, and then unbunch your underwear and try to be less dangerous.

Jennaye Derge is the brains and beauty behind Bike Durango, a local nonprofit aimed at promoting and advocating for more bikes in and around Durango. For more info. go to: www.bikedurango.org.