A classic whodunit
In Japanese mystery/thriller, everyone's a suspect. 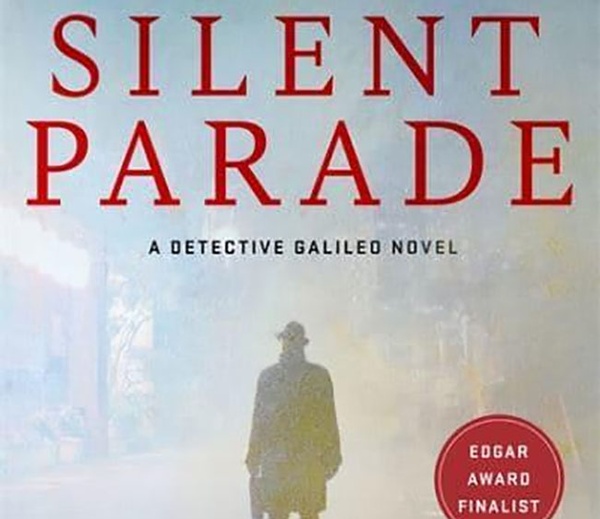 The dust-cover back panel on Minotaur Books’ December release of Keigo Higashino’s “Silent Parade” states that the author is the best-selling, best-known novelist in Japan and Asia, with more than 50 television and film adaptations of his work appearing in several languages.

In the literary crime fiction category, we’re seeing more Asian authors being translated and shoehorning their way into a market coveted by the mighty American and European publishers.

“Silent Parade” relies on the wit and instinct of its characters rather than the machinery of forensics and law enforcement entrapments. “Silent Parade” is what we call a locked-room mystery, meaning the drama doesn’t derive from gallivanting around or the use of special effects to build tension or find resolution. This is a character-driven whodunit that finds motive in just about every actor and suspicion in every act. And in “Silent Parade,” the cast is large enough and with unfamiliar names, that Higashino gives us a roster of characters along with the parts they play in the preface, illuminating like a well-lighted theater the cast, the stage and the culture.

The story takes place in Tokyo, the time is now and the narrative begins with getting to know Saori Namiki, the 19-year-old daughter of Yutaro Namiki and his wife, Machiko, and the popular restaurant they own in a colorful, crowded part of the city. Saori is gifted with a lovely voice and is taking singing lessons from a noted coach and impresario, Naoki Niikura.

Saori is smitten with a young suitor, Tomoya Takagaki, who is going broke eating out every night just to be around Saori. Saori wants to be a singer, but Tomoya, too, is a focus of her yearning. One day Saori doesn’t show up for her evening shift at the restaurant, nor does she return home that night, or the next, or ever. The neighborhood and the police search for leads to her disappearance. Tomoya is frantic to think what may have happened. Customers of their restaurant bemoan and whisper and drift away from the misery.

Three years later, Saori’s remains are found in a house burned to the ground, along with an old woman who owned the house and died years before. The woman was the mother of a quarrelsome vagrant, Kanichi Hasunuma, whom Saori and her parents knew from his lascivious attraction to Saori.

Hasunuma becomes the prime suspect in the death of Saori, particularly when police found out that he’d been tried for the murder of a 12-year-old girl 23 years earlier. He was not convicted in that murder for lack of evidence, and while detained in the local jail on Saori’s death, he boasts to fellow inmates that one can always get away with murder if one resists customary conventions and does not confess.

In the section of Tokyo where the book is set, there’s an annual street festival featuring an elaborate parade with entries from all over Japan. The day of this colorful and noisy parade, the entire neighborhood around the Namiki family restaurant is involved in one way or another, even if just pushing through the crowded streets to find a viewing position. After the festivities, Kanichi Hasunuma is found dead.

Detectives investigating the disappearance and eventual discovery of Saori’s remains, and now uncovering the body of their prime suspect, find that everyone they interviewed had a motive to kill Kanichi, along with an ironclad alibi. Stymied, Professor Manabu Yukawa, known among Tokyo’s constabulary as Detective Galileo for his prescient criminal analysis, is requested to lend his scrutiny to a most puzzling turn of events.

Keigo Higashino is a master at suspense and as good a wordsmith as any. “Silent Parade” is a triumph of criminal inventiveness and a refreshing confusion of suspects. Everyone involved in this mystery, even tangentially, is a likely perpetrator and at the same time an unlikely suspect. It’s a wonderful spin of imperfect lives. You’ll not be disappointed.

Ask Maria’s Bookshop for your 15 percent Murder Ink discount. “Silent Parade” is a hardback, so trust me that it’s worth skipping lunch downtown once to enjoy a book you’ll recommend and read again.