Femme fatale
Like the Roaring Twenties, 'The Other Typist' is worth a revisit 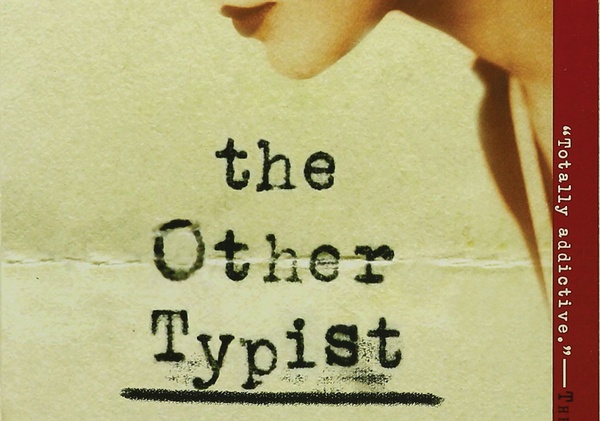 Publishers are at their laziest over the summer months, even to the point of taking Fridays off and flocking to the Hamptons for some literary gaiety and to escape the stifling New York City summers. A faddish bunch, they are in publishing, never sure if they’ve discovered fool’s gold or the real thing. But the Hamptons are, after all, The Hamptons. So the upshot of everybody working in book publishing being in the Hamptons for nearly half the week during from Memorial Day to Labor Day is that new book releases are scarce and obviously inessential.

In variance with publishing’s summer exit, I won’t review any of their red shirts this month, but instead go back to a 2012 release under the imprint of Amy Einhorn Books for G. P. Putnam’s Sons, The Other Typist. A debut sensation by Suzanne Rindell and perhaps her first published writing, it’s a thoroughly wonderful book worthy of saving to read and reread.

Rindell lives in New York City and recently received her PhD in American modernist literature from Rice University in Houston. As confusing as that may sound, there is nothing muddled about her writing. The Other Typist is a stunning book and as nuanced and florid a mystery as ever written. Rindell is eminently worthy of a PhD based solely on this novel. Maybe that’s why she could live so far off campus.

The Other Typist is written in the first person, about two women who transcribe confessions in a police precinct in New York City, circa 1924. Rose Becker, our youthful narrator, has achieved her pinnacle of upward mobility with her move to this low-level job. She’s a plain woman, brought up in a Catholic orphanage, lonely but stoic, determined but naive. Her life changes dramatically when the “other typist’’ is hired – Odalie Lezare, a femme fatale with bobbed hair, short skirts, expensive jewelry and subtly perfumed poise. She immediately overawes everyone with guile, seduction and mystery.

Everyone in the precinct – detectives, administration and especially the typing pool of maidens of modest tastes – vie for Odalie’s attention. She might be called a breath of fresh air in a humdrum world at variance with the increasingly illegal and compelling Roaring Twenties. And for reasons unknown but immediately suspect, Rose is the chosen confidant of the ravishing new typist, and we’re off on a frenetic ride to the underworld of New York’s speakeasies, grandiloquent women, illicit fun – and murder.

The Other Typist has been compared to F. Scott Fitzgerald’s The Great Gatsby for both foreshadowing the changing culture ushered in by the Jazz Age, and for similarities in prose itself. Rindell admits that her research of the period was exhaustive and that she clung to The Great Gatsby as if it were the Holy Grail. Rindell is not Fitzgerald, nor can a careful reader accuse her of sentimentality. But The Other Typist hasn’t a single redundancy, cliché or overworked word. It is perhaps the cleanest work of fiction offered up in this day; a book to make Strunk and White heady with pride.

The Other Typist is a story about obsession: how an attractant is at first loathed by envy, resisted by parochiality, timidly accepted in service and then embraced with impulsive abandon. Ruth becomes the obsequious mirror image of Odalie, accepts an invitation to move into Odalie’s plush Manhattan hotel suite, dresses in Odalie’s raffish clothing, swills expensive cocktails offered by Odalie’s rakish male acquaintances, and winds up in the deep end of a cesspool without having first taken a whiff.

What can she be thinking of, this waif of a typist? How can she be swept into this world of what she had been taught by the nuns to be sin and debauchery? And how can a country girl’s fascination turn into an obsession from which she may never recover? And who exactly killed Theodore Tricott?

You may need to order this book at Maria’s Bookshop. There’s a trade paperback available now, so with Maria’s 15 percent discount on Murder Ink books, go for it. Your parking ticket will cost twice what you paid for many hours of unfailing pleasure.