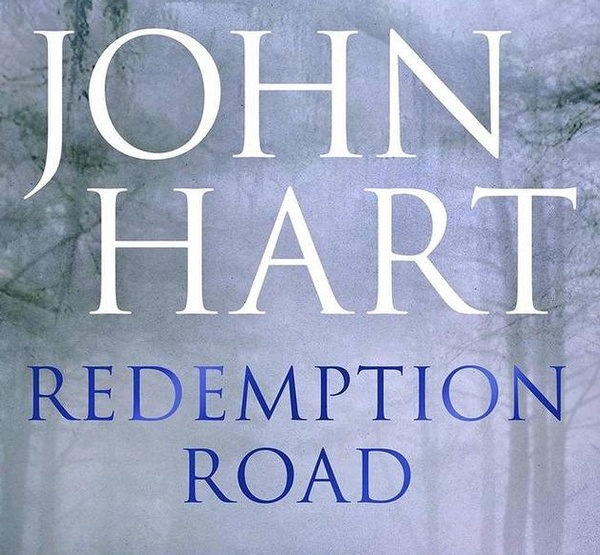 Redemption Road by John Hart is a major work of creative writing that has few equals in recent fiction and stands alone in the crime fiction genre. It is a spectacular achievement and this year’s most satisfying read – a book that must be purchased, preserved, lent to very best friends and kept to increase the value of your library and to be read again.

This is Hart’s fifth novel since his 2006 debut The King of Lies published by Minotaur Books, all of which have achieved the top quarter of the New York Times Bestsellers List. Two of those, Down River and The Last Child, are the only two books by any one author to win consecutive Edgar Awards given by Mystery Writers of America since the award’s inception in 1954.

Redemption Road is a big-screen story that’s taken Hart six years to cobble together. It centers on the undercurrent and bubbling up in a small town in North Carolina and is suffused with flinty traditions, inherited Dixie hokum and prejudices tracing back through generations. Hart specializes in believable characters doing conceivable things – as unimaginable as those things might be. His players have body temperature the reader can feel when they get close, and personalities that become predictable as pages turn and weeks and months go by.

We’re quick to infer that six years is a long time between books for a full-time writer, but with Redemption Road, 20 years could be too soon to come up with such a deep, unfettered story like this. It’s a magnificent, enveloping book that will make any of us feel as piffling readers that we’ve lied our way into the theater.

Gideon Strange is 14 years old now – 13 years after Detective Adrian Wall was convicted and sent to prison for killing Julia Strange, Gideon’s mother. Her body was found in the church of the Rev. Black, father of Detective Elizabeth Black who has been checking on Gideon, who has been under the care of his distraught and drunken father since the death of Julia. Elizabeth is unconvinced that Wall is guilty. We join the story a few days before Wall is to be released prematurely from prison to be followed by the thugs of a sadistic warden. The warden believes that a cellmate of Wall’s revealed the hiding place for $175,000 in gold coins stolen in 1948, now worth $6 million.

Gideon is emboldened by the news of Wall’s release and years of accreting hate for the man he was told killed the mother he doesn’t remember. He prepares to set in action a plan to take his father’s pistol, hop a freight train and wait at the prison gates to gun Wall down.

Redemption Road is a highly suspenseful, deeply affecting story of tortured souls as only Southerners can contrive, corrupt law enforcers as southern prison apparatchiks are wont to be, an unlikely serial killer and a very damaged need for love among wholly desperate people. And before the story’s fully told, nine women will be found in shallow graves beneath the now crumbling church, Gideon will find truth along with a bullet, Elizabeth will be scorned for being too good a cop, and the warden and his goons will find life more competitive and uncertain outside the razor wire. And from the ashes, there will be a flicker of flame that will against odds bring warmth and light to bodies and eyes given up as unsalvageable and unseeing.