Murder Ink
Buy, borrow or steal Thomas Perry's 'The Burglar' while you still can 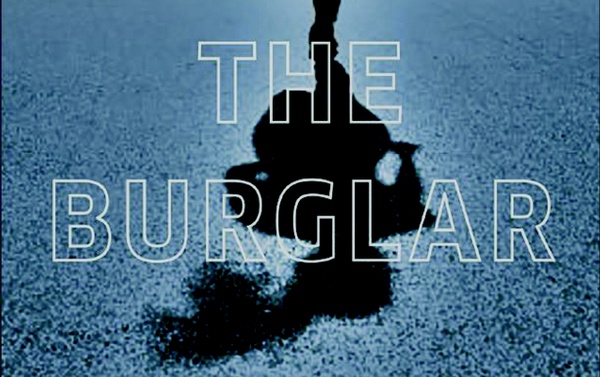 Thomas Perry’s new fiction, The Burglar, will be released next Tues., Jan. 8, and you should stop reading right now and call Maria’s Bookshop to hold a copy or get on the list at the library. Do it now, before you have to wait three months to read one of the most exciting books for which you will skip meals, showers, sex and call in sick to finish reading.

There are not many writers in the crime fiction genre with Perry’s ability to build electric plots and stereographic characters. We either get grandiloquent plots with flat, cardboard performers used primarily to turn the pages, or we find colorful, endearing actors plodding through a dopey story. Both imperfect intrigues can be fun reading, but they’re left on an airplane and immediately forgotten.

But when the best of each comes together, it flirts with literature and makes the chronicles of “Murder Ink.” Tom Perry achieves such a lofty perch with most everything he writes, including his debut novel The Butcher Boy, which won an Edgar Award, and The Old Man – both reviewed here and with a permanent place in my library.

The Burglar’s main character, Elle Stowell, is a fetching, smart, precocious and charming young woman who moves in affluent circles. Her life is full of country clubs, resorts, penthouse parties, beach houses, yacht clubs and haute couture. Elle is a burglar. She’s a pro: she knows who has jewels, who keeps money and how to deactivate alarms, pick locks, scramble across rooftops, safely fence her merchandise. She also knows to trust nobody.

Having prepped a dormer window at a party at a famous art dealer’s home in Beverly Hills, under cover of night she scales the gates, climbs, shimmies and squeezes through the third-floor attic window. Her plan is to search out the closet safe and other believed inviolable hidey-holes. She heads first to the master bedroom, silently opens the door, squats for a stealthy look, and on the bed sees the art dealer and two prominent socialite wives entangled in a me?nage a? trois. And very dead – each with a bullet hole in the forehead. A camera on a tripod is off to the side, plugged in and filming.

Although she’s not sure why, Elle takes the camera, leaves through the window she came in and goes home. She copies the camera’s memory card onto her laptop and wastes no time going back to the house to return the camera, turn it back on, reset the alarms and leave without a trace. She’s good; she’s cool; she’s thorough; she’s the best. But she now has a complication akin to a high-wire walker between skyscrapers watching a squall come in. The squall of police and forensic snoops who will or won’t discover clues that she knows won’t come from her being there. Or will they ... ?

I can’t tell you any more; you don’t want this exciting story spoiled. But it wouldn’t louse up anything to know that Elle is being followed, round the clock, by black SUVs with blacked-out windows. And we’re just on page 57.

This is a hell of a story, it’s going to win some awards, and you’re the first to know.

As with all “Murder Ink” titles, mention the Telegraph at Maria’s Bookshop and get 15 percent off.