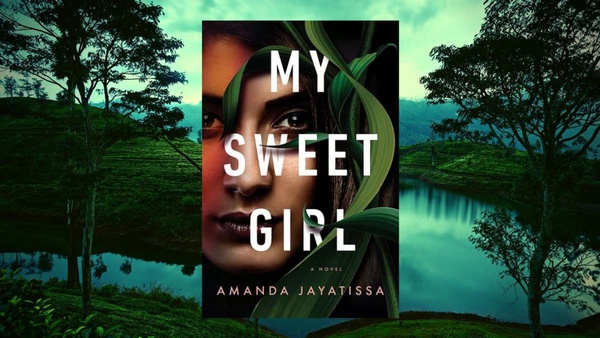 Amanda Jayatissa is a young and lovely Sri Lankan woman who was one of the first from her tiny island off the coast of India to secure an international book deal for her debut novel. The Berkley imprint of Penguin Random House released “My Sweet Girl” a few weeks ago, and it is one of the most riveting books I’ve read in some time, maybe years.

It’s my mission over these many years of Murder Ink to bring to your attention exceptional crime fiction. I have piles of advance reader copies that didn’t make the cut, and about one out of eight or 10 books makes it to this column.

“My Sweet Girl” begins the chronicle of two 12-year-old best friends, Paloma and Lihini, who have grown up in an orphanage in Sri Lanka called Little Miracles Girls’ Home. The youngsters sleep in a disciplined dormitory, eat with proper table manners and go to classes daily. They speak respectfully to the headmaster and teachers, and of course, loathe and fear the senior matron and cruel disciplinarian, Miss Chandra.

We join what appears to be a well-run residential school for girls, and we hear about the infamous ghost Mohini, more talked about and feared than seen. We also witness the visit of an American couple from San Francisco, Mr. & Mrs. Evans, shopping for an “adorable little thing’’ to adopt. Adoption is rare in this orphanage but keeps the operation alive

Jayatissa builds seductive intrigue by moving between the Little Miracles Girls’ Home in Sri Lanka and San Francisco 18 years later. This is where Jayatissa exhibits mettle beyond her age and experience. And it’s in San Francisco that discrepancies begin to fester into transgressions, and the hallowed yet creepy halls of an orphanage loom grotesquely as harbingers of secrets that turn villainous.

Pacing is one of Jayatissa’s many authorial talents. We move from the secretive plots of troubled preteen girls abandoned to an orphanage with little hope of being adopted, to full-grown adult pathology.

The Little Miracles Girls’ Home is all atwitter for weeks before the arrival of Mr. & Mrs. Evans, preening the girls and the grounds for the all-important first impression and eventual adoption.

Paloma and Lihini are at the front of the queue for being the oldest and the most probable to make an endearing impression. Paloma is a reader, “Wuthering Heights” by Emily Brontë is her most favorite and dreamy book. Lihini is the prettier child, but is second to Paloma in personality and grit. The day arrives with the Evanses. Cuteness abounds, songs are sung and vapid compliments keep pace. “Wuthering Heights,” it turns out, is Mrs. Evans’ favorite book, and after some weeks, Paloma is selected for adoption.

Jealousy then envelops Lihini, and sorrow over leaving spoils Paloma’s joy. The ghost Mohini bedevils the night, Paloma is ignored by Lihini and attacked by Shanik, one of the girls with schizophrenia.

Alternating chapters go from Sri Lanka to 18 years later in San Francisco, where Paloma is living in an overpriced flat supported by selling nude photos. She takes on a roommate, Arun from India, whom she finds murdered one day slumped onto the kitchen table. This comes right when Paloma is thinking of how to dispose of Arun because she discovered a letter from the matron at Little Miracles addressed to Mrs. Evans describing a most heinous act decades ago implicating Paloma.

By this time in her life, Paloma is drinking to blackouts most days and it takes her a while to report the death of Arun. When police arrive, there is no trace of Arun dead or alive. Did Paloma hallucinate Arun’s death? But then where is Arun?

The narrative accelerates from the first page until the last page and the plot just gets more delicious. There isn’t a novelist writing today that wouldn’t wish they could create and pace characters and place like Jayatissa has in “My Sweet Girl.” This is certain to win numerous awards and propel Jayatissa to the top tier of contemporary fiction writers.