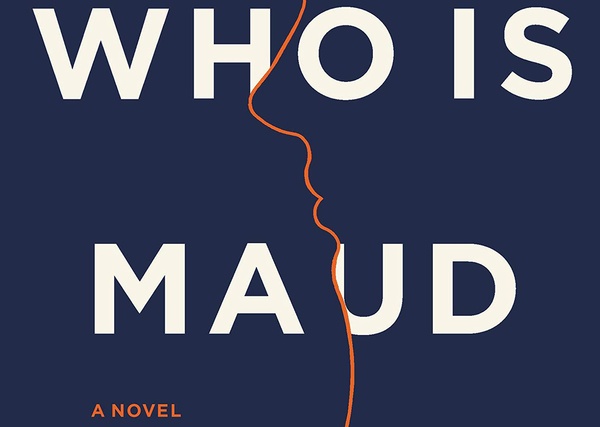 Alexandra Andrews is a Generation X wife and mother living in Brooklyn, N.Y., and is described as having been a journalist, editor and copywriter. Despite and including the past tense, this will be a description of a few thousand women living in Brooklyn. And, like Andrews, most of them are writing a novel or screenplay, America’s commonest leisure pastime.

So why do we need to know anything more or anything at all about Andrews from Brooklyn?

We didn’t until some bleary-eyed editor in a cubicle at publisher Little, Brown and Co. came running out of his box & made it necessary that the rest of us know Andrews and the quirky title of her first novel, Who is Maud Dixon?

The book is a treasure of a book, and Andrews is without doubt running with the big dogs without first having to be pushed to the back of the pack. There’s big pressure now for Andrews to repeat, even before we canonize her article of virtu. Smart money bets Andrews will join the best of crime fiction literati with forthcoming work, and my guess is she’ll leave the plot-driven mystery genre for genuine literary fiction.

In Who is Maud Dixon? we don’t get lost keeping track of characters – which is a pleasure for those of us who don’t polish off a book in one or two sittings. The story is about only two people: Florence Darrow, a pallid low-level publishing gofer come to New York from Florida to be a famous writer; and the preeminent, pseudonymous author Maud Dixon. Her fiercely protected name is Helen Wilcox, whose protagonist in her million-selling Mississippi Foxtrot is also Maud Dixon (something strange here, Andrews seems to whisper in our ear).

Andrews skillfully preps the mystery for half of this 324-page hardback, in which Florence is called upon by Helen’s agent to interview for a job as Maud’s assistant.

Florence sees the bright lights of literary stardom on the horizon from this apprenticeship. Meanwhile, the office dynamics and dalliances ebb and flow in a brilliant reveal of Florence. We come to think of her as an orphan or career apprentice right up until the day of the interview with Maud Dixon, with Dixon’s likeness blacked out to preserve her anonymity.

The next morning, Greta, Maud Dixon’s agent and the only one who knows her true identity, calls to inform Florence that she got the job. Florence packs up her few belongings and boards a train for the tiny town of Cairo, in the rural Hudson Valley, to begin her dream job leading without question to her own literary celebrity.

You might now see how a trap could be set, for somebody – Florence or Helen, the disguised Maud Dixon or the fictional Maud Dixon, or even the reader.

Who is Maud Dixon? is a psychological murder mystery administered intravenously by a most skilled practitioner. I had to stop reading occasionally because the tension was unnerving.

It makes no sense for me to describe the plot any further. But, my enthusiasm wants to describe more of this breathtaking narrative, so I’ll break the cardinal rule of reviewing mysteries and give you one incident that borders on being a ‘’spoiler.’’

Not long after Florence unpacks in Helen’s guest house, the impulsive Helen announces that they both will be leaving for a research trip to Morocco. Florence cannot figure out why she was brought along (frittering time away as tourists, not writers), when there’s a dreadful car wreck resulting in their rented Land Rover going upside down in a river. Florence barely escapes with her life, and no trace of Helen can be found. When the police and rescue workers arrive at the scene, they address Florence as Ms. Wilcox from the car rental agreement, and Florence Darrow becomes the new Helen Wilcox, and the famous Maud Dixon.

And here is where the mystery begins in Who is Maud Dixon? And you will not ever guess where this goes from here. Andrews is a skilled wordsmith; you’ll not forget this story, and what more do you want from a book of fiction?