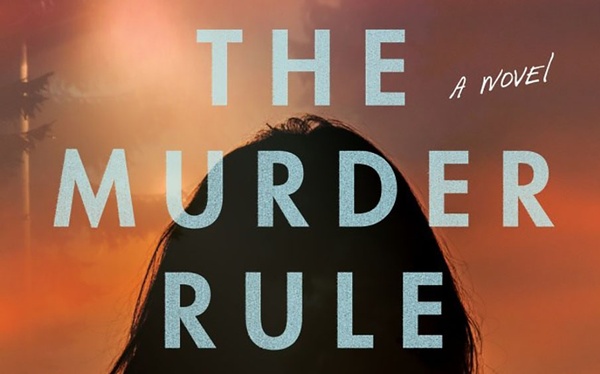 Australian novelist Dervla McTiernan has taken her country by storm the past few years with three books of crime fiction. Her work has attracted the attention of prestigious publisher William Morrow in New York and will release her U.S. debut, “The Murder Rule,” on May 10.

For openers, the title is intriguing. The felony murder rule is a legal doctrine that broadens the crime of murder to include the offender’s accomplices or co-conspirators, who may also be found guilty of murder. I haven’t found any further discussion or explanation of “the felony murder rule,’’ but I find it most intriguing and deliciously fitting for crime fiction. And McTiernan has certainly used the title to cover a fascinating and exacting story that surprised me beyond William Morrow’s promotional promise, and may just be the most exciting story I’ve read in a long time.

Hannah Rokeby is a third-year law student at the University of Maine, and as we join her, she is sneaking away in the wee hours from the home she’s made with her pathetic, alcoholic mother, to spend a semester at the University of Virginia as a volunteer at the law school’s Innocence Project. She has no reason to believe the elite program will accept her, other than hoping her lie in an email to the professor in charge about her mother being treated at the UV hospital for cancer will find a soft spot. And if serendipity fails, well, she has some dirt to sling.

Professor Robert Parekh, famously overseeing the Innocence Project in Charlottesville, summarily turns Hannah down on the basis of the clinic being fully staffed prior to the end of the previous semester, plus her obvious ignorance of the highly competitive application and lengthy interview process. He then admonished her for not having sufficient research skills evidenced by her obvious ignorance of closing dates.

Hannah answered Parekh’s scolding with a baleful reminder that she was referred by his former student Annabel Bancroft, who told her of the mentoring Parekh provided her the previous year. Four hours later, Hannah is invited to the professor’s office with the promise that a place could be found for her on the Innocence Project team.

The Innocence Project is not fiction, and it’s not a static exercise for law school students. It was created for the purpose of finding inadequate defense or malicious prosecution of suspects convicted of capital offenses and imprisoned for life or scheduled for execution. You may remember Innocence Project founder Barry Scheck who successfully defended O.J. Simpson with DNA evidence and inaccurate witness identification. That later would become the foundational tools of the Innocence Project that has, to date, overturned 300 capital convictions.

Hannah’s interest in the Innocence Project was focused on a case they were about to review at a new hearing for dismissal. Michael Dandridge is on death row and scheduled to be executed. Parekh’s team is preparing for a preliminary hearing to have the case dismissed. And while Hannah finagled a place on the Innocence Project, she had to replace one of the primary volunteer litigators on the Dandridge hearing in order to have some leverage. She configured an authoritative email to the only volunteer who hadn’t a job offer from a prestigious New York law firm after graduation, informing Hazel Ellison of an interview within a few days in their offices in Manhattan, and Hannah took her place on the A Team.

If that all sounds pretty humdrum, you need to know that Hannah has gone to all this trouble and lied and been deceitful to make sure that Michael Dandridge is put to death. For 13 years, Hannah has been festering a murderous hate for Dandridge for brutalizing her mother, Laura.

“The Murder Rule” swaps chapters with Laura’s diary entries of those many years ago. Telephone conversations between the two reveal the filial attachment Hannah has to her tragically dissembling mother and the influence Laura has over Hannah in a classic codependent relationship.

So far I’ve told you the background of this unwearying story. Anything more would be to give away what McTiernan says better herself.

“The Murder Rule” is a page-burner. It’s like Maurice Ravel’s “Boléro” – growing louder and closer and fiercer and more obsessive. On the cover of “The Murder Rule” it says, “No one is innocent in this story.” And that will include you, the reader, as your buried deceits and treacheries both minor and major make ghostly appearances.

The cardinal advice to novelists these days from usually quiet New York fiction editors is to “Throw away your darlings.” We are all of us writers, and we all have turned a phrase we were especially pleased with – our darlings. McTiernan and I both disagree with killing off the prodigies, and “The Murder Rule” is one darling sentence after another. Don’t miss this one.

Order this book from Maria’s Bookshop and get a first edition the day of release next week with a 15% Murder Ink discount.