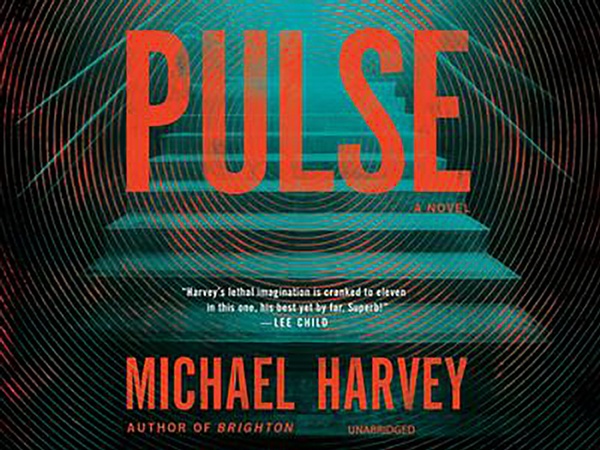 The publicity release that came with my advance reader copy opened with “(Harvey) dares to take the traditional crime novel into the realm of the supernatural.” That’s all I needed to hear before putting the book onto a pile someday going to a rest home. I don’t do supernatural, and I apologize for feeling that way to those who adore the ilk. But, I am certain that with proper guidance and a slug or puff of suspension-of-disbelief, I would adore the immersion in time and space, as I did once upon a time for sci fi.

In this case, though, the author is a writer among writers whose last book, Brighton, took away my breath as well as the wind of the publishing industry. So I paused to read the whole press release before putting it tentatively on the outgoing pile. And for a couple weeks, I was reminded, from no obvious prompts, that Harvey wouldn’t, or even couldn’t, cobble together a magical world of flying pigs to make a few bucks. So I took the book off the donation pile and put it into the “Definite Maybe” pile, on top of a 2017 title with streaks of dog slobber across the dustcover. Last week, with nothing but 2019 releases jockeying for my attention, I opened up Harvey’s Pulse with an hour to give it. That night I finished Pulse, and stock in Michael Harvey went up.

So, I’ll back away from my pre-judgment of reality being exclusive to things I can perceive or see, touch, feel, smell or taste. What’s arguably not real are hallucinations, apparitions, time travel and a plethora of states of transcendence I’m sure to make enemies to mention. But we cannot deny the reality of mental deviation and the reality of its consequences (think Picasso), and in Pulse, supernatural is not at all unnatural but more unprecedented or extraordinary. We are seeing events that would be labeled paranormal or otherworldly in the hands of a lesser writer. But instead, this keenly imaginative novelist draws us into a different but clearly imaginable state of extreme passion and premonition.

Pulse is the story of 16-year-old Daniel Fitzsimmons, an athlete and student at the prestigious Boston Latin School, and his brother Harry, a second-year football standout at Harvard. Both grew up alone together as children under the radar in the Dorchester projects after their parents were killed in a fiery auto crash. Harry has raised his brother; Daniel has made a man out of Harry. Although Daniel is required to maintain residence in Boston, he has been living with Harry in Cambridge. Not wanting to jeopardize his athletic scholarship eligibility to follow in the path of his idolized brother, Daniel rents a room in Boston city limits. His landlord is the unconventional Simon Lane, who purports to be a theoretical physics professor at Harvard. “Daniel closed his eyes and thought about his new roomie, the slightly crazy, slightly scary professor from Harvard. Maybe they were all wack jobs in Cambridge. Or maybe it was just physics. No wonder Daniel liked the stuff. He smiled to himself and breathed through his nose, exhaling as a door in his mind swung open.”

There’s no sense telling more of the story here, because it’s the exceptional telling that makes this book so stunning. One little spoiler alert: Harry reluctantly accompanies some of his Harvard teammates out for a night of clubbing in seedy South Boston and is murdered as Daniel is careening over the streets and alleys to his rescue, knowing what’s about to happen.

Pulse will set you back the cost of a forgettable dinner. You will, however, forever remember this book. It is a masterpiece for even the most devout skeptics, like me. Buy your copy at Maria’s and mention “Murder Ink” for a 15 percent discount.