A sort of homecoming 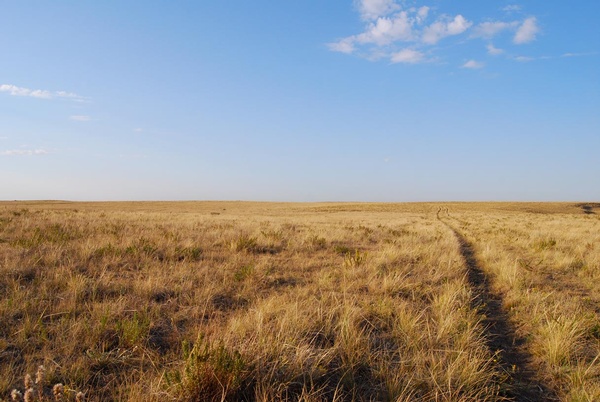 I've been haunted by this trip for nine months. For the past 36 years, my family has traveled to Kansas to hunt pheasants and quail. For 32 of those years, my little brother, Billy Raines, played a starring role. Billy died suddenly and unexpectedly Feb. 3 this year of an aortic aneurysm, common for people with Marfan syndrome.

Marfan is a genetic disorder of the connective tissue. Those with it suffer such complications such as scoliosis, detached retinas and an increased risk of heart problems. Those with the disorder are typically tall and thin with unusually long fingers and toes. And it’s passed down from generation to generation, becoming an ugly family history. If a parent has it, there’s a 50 percent chance his or her children will have it. Mom was diagnosed with this back in the 1980s, and her heart ultimately gave out in 2014 when she was 67. I found out I had it in December 2012 when I suffered an aortic aneurysm. Later that year, my sister, Stephanie Train, was confirmed with Marfan when she had surgery to repair detached retinas. Billy, who was stubborn as a mule, was never diagnosed until he had his aneurysm. Billy’s clot was the biggest the emergency room doctor had ever seen. While I was given an 80 percent chance of surviving my surgery, Billy was told his odds were 50/50 at best. My surgery took just a couple of hours; his, more than eight. Billy never woke up.

My stepfather, Bill Raines, has struggled with life after Billy. Mr. Bill is 72 and has lost his wife, his only biological child and even his faithful English setter, Cera, in the last few years. Steph and her daughter, Emma, moved into his house in Eaton, Colo., a few months ago, providing him at least some company in these loneliest of times. Mr. Bill has visited me and my family several times since Billy’s passing. We’ve tried to continue the things we did as a family ... fly fishing, watching Otto’s sports, bantering about the state of Colorado sports

teams, even bird hunting. Mr. Bill accompanied me once this fall as I drove up Junction Creek searching for grouse. We never left the car, talking about Billy and whether we’d ever summon the strength for another Kansas trip.

When Billy died, even before his funeral, Mr. Bill told me that we had to keep the tradition alive. He told me we had no choice. But as the Kansas upland game opener drew closer, he had second thoughts. He offered up excuses – valid ones, mind you – that his Volkswagen van was unreliable, that back and balance issues prevented him from walking the fields, that he had no dog. A week before our scheduled departure, Mr. Bill was no longer planning to go.

I was on the phone with Mr. Bill nearly every day, trying to convince him. My college buddy, Bill Deter, planned to join us and he phoned my stepfather frequently. Early last week, Mr. Bill changed his mind. The trip was back on.

So last Friday, I packed my car with coolers filled with local beer, vodka and whiskey. Guns, ammo, boots, the dog kennel and other gear piled into the back of my Tundra. At 8:33 in the morning, we pulled out of my driveway to start the 10-hour trek. We were eastbound and down.

We hit the Kansas line around 4:30 Friday afternoon. Jesse, Billy’s old German shorthair that I inherited, was whining in the back seat. Otto and I were road weary. Two miles east of the border town of Weskan, we pulled the Tundra off the highway and onto a dirt road with some public walk-in hunting access. We hunted for about 20 minutes before the sun dipped over the horizon in an orange sunset for the ages. There were no pheasants in the short draw we walked, which was flanked with recently picked corn.

Shortly after midnight, Deter arrived from Glenwood Springs, driving through white knuckle blizzard conditions. Some seven hours later, fueled by cold Pizza Hut leftovers for breakfast, we set out into our first draw together. Deter had barely stepped off the road before 15 pheasants exploded into the air. One fell to the ground.

Shooting aside, that first day was a rough one. In the field, my mind was on the birds, watching Jesse and Deter’s lab, Bobbie, working the tall grasses and clumps of tumbleweeds. But back in the car, Billy occupied my every thought. I fought back tears on several occasions, something that Deter and Otto admitted to later. There was an emptiness to the day, a hollow feeling in the pit of your stomach.

We dropped Mr. Bill off at his Volkswagen van mid-afternoon. He wanted a nap, a hot shower and his afternoon cocktail. The rest of us headed west of town to hunt familiar land we’d walked for more than three decades. We pulled onto a two-track road that cut into the middle of a draw behind a farm that was homesteaded by the family of Jay Miller. Jay’s been dead for decades, his buildings in a state of disrepair.

The draw was an epic one for our family. Back in 1981, Mom shot her first pheasant there. A decade later, my first dog, Sherman, pointed his first rooster, which Deter and Mom bagged near an old cottonwood in the middle of the draw. Mr. Bill’s old short-hair, J.J., made her last point in the middle section in an old plum thicket. And last fall, Billy shot a rooster there on what would be our last day in the field together.

We let the dogs out, gathered our crew (Deter, his son Dalton, his brother Kyle, Otto and me) and walked over to one of the plum thickets carrying a small bottle of Cinder Dick Bourbon from Durango Craft Spirits and a bag of Billy’s ashes. We made toasts and spread some of them in the thicket at the bottom of the draw.

Across the draw, Jesse was frozen on point. He, too, wanted to say goodbye to Billy in his own way. We drank, we cried, and we watched Jesse work that bird, our guns in their cases in the car. And the sun set over the prairie in a spectacular display of orange and pink that soon faded to gray.