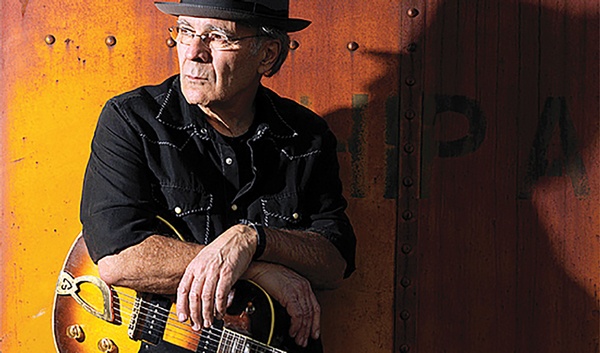 October is a busy time around the Aaland household. Annual highlights, including apple pressing, pumpkin gathering, wood splitting, chile cooking and leaf raking, and seem to take up every possible moment of the weekend. Pilgrimages to Patty & Larry Hall’s house up the Animas Valley, Falfa’s Pumpkin Patch near Elmore’s Corner, grouse hunting excursions into the San Juans and late-season creek fishing on the La Plata River and Hermosa Creek mark the changing of the seasons and a bittersweet end to the long, warm nights of summer.

My wife, Shelly, is never one to sit still, especially with winter on the horizon. Suddenly, our to-do list has included cutting down dead aspens in the
front yard and rebuilding the stairs leading from the second story deck to the back yard. Enter Uncle Dan. Shelly’s brother is an all-purpose handyman, a chef, an EMT and an all-around good dude. A few of Dan’s off days have seen him tackle some of the larger projects that are beyond my limited knowledge base.

But the days are dwindling. The compost needs to be rototilled into the garden boxes. Flagstone needs to be gathered for the overgrown back garden that I plan to turn into a sitting area. Garden hoses need to be rolled up and stored. The fence in the back needs to be shored up to keep Jessie from stepping over it once the snow piles up. Strangely, these are projects the whole family enjoys tackling, especially with the promise of a Saturday night s’mores roast (for Otto & Rosie) and a beer drinking session (for me) around the fire pit.

Then again, Saturday has some other entertaining options on tap.

Ray Bonneville is truly one of those artists who has flown below the mainstream, at least in this country. The bluesman from Hull, Quebec, was shocked, culturally speaking, when his French-speaking family moved to Boston. Without speaking a word of English, Bonneville entered public school. After serving in the U.S. Marines during the Vietnam War, he began touring the country and absorbing various musical styles while opening for the likes of B.B. King, Muddy Waters and Dr. John. One place that particularly shaped his style was New Orleans. His one man, acoustic assault isn’t much different from Chris Smither, Kelly Joe Phelps or a young Keb’ Mo,’ with elements of storytellers like Tony Joe White, Mississippi John Hurt and J.J. Cale. Bonneville plays the latest Artists You Should Know event at 7:30 p.m. Saturday at the Community Concert Hall. At these concerts, the audience and performer will be seated onstage, providing a unique, intimate experience.

The iAM Music Fest concert series continues at the 11th Street Station from 5-9 p.m. Saturday. The event includes Head for the Hills, Stillhouse Junkies, Let Them Roar, and Space Between Shadows. H4TH, a Fort Collins jamgrass band, recently released their new EP, “Say Your Mind.” With five albums under their belts and 15 years of touring under their belts (including past energetic Durango shows at the Animas City Theatre and opening for Leftover Salmon at the Concert Hall), they’ve built some momentum in the busy Colorado jam scene. Now a trio, H4TH includes guitarist Adam Kinghorn, violin player Joe Lessard and bassist Matt Loewen. They’ve recently collaborated with some different instrumentation, including dobro (played by former Hit & Run Bluegrass member Todd Livingston), drums (Elephant Revivals Darren Garvey), horns and outside vocalists.

Blues guitar virtuoso Terry Robb will also play the iAM series Saturday evening. His work has been featured in Hollywood films, documentaries, TV series and more, including “Game of Thrones,” “The Horse Whisperer” and “Dance of Death: The Life Story of John Fahey, American Guitarist.” He’s also an Oregon Music Hall of Famer who has been praised by Rolling Stone, Acoustic Guitar, Down Beat, Guitar Player and Living Blues.

Smoke some local bluegrass at the ACT (metaphorically speaking, of course) at 8:30 p.m. Saturday when Liver Down the River performs in a three-act bill that also includes High Country Hustle and Noodle. Liver’s core trio consists of Patrick Storen (mandolin), Emily Winter (fiddle) and Derek Abt (bass), along with drummer Cy Fontenot and keyboardist Michael “Sweet T” Todd.

House music takes center stage at the ACT at 9 p.m. Saturday with Posh Josh and Fat Pee. Originally from New York City and raised by jazz musician parents during the disco and funk era, Josh came of age during the advent of electronic music and hip-hop. All of those influences come through in his dirty house beat.

Durango Nursery & Supply hosts their annual Harvest Fest from 11 a.m. ‘til 4 p.m. Saturday. This one’s always a bring-the-family type of affair, with a free BBQ,

Downtown Durango warms up with the fourth annual Downtown Balloon Glow between 6:30 and 7:30 p.m. Friday (attendees are asked to arrive around 6 p.m. to view the impressive inflation of balloons). Four “candlesticks” (the baskets with burners seen during the Snowdown Parade) will be on hand, giving attendees the opportunity to meet the balloon pilots and experience the giant hot air balloons up close and personal. The event serves as the kickoff to the Animas Valley Balloon Rally later in the weekend.

And the trees are stripped bare? Email me at chrisa@gobrainstorm.net.