Adieu to '18, the Daddies and coffee table reunion 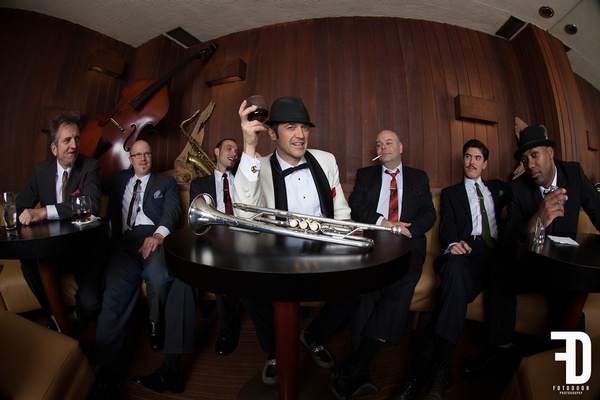 And so we bid adieu to the calendar year 2018 ... my 50th year on this planet. It was a banner one for me, marked by festivals, youth sporting events, a handful of outdoor excursions and all-too-infrequent nights on the town. Such is the burden of responsible parenthood. Adulting is never easy, but certainly rewarding.

We didn’t attend as many festivals as we often do. In some years, I trek up to Telluride for all four major musical events – Bluegrass, The Ride, Jazz, and Blues & Brews. This year saw me in Town Park just the four days of Bluegrass. The two FolkWest festers up on Reservoir Hill were certainly highlights, too, as was this spring’s Durango Bluegrass Meltdown. Among my favorite performances of ’18: the Western Centuries’ two-hour twangfest at Meltdown; Los Lobos’ epic performance at the Community Concert Hall last winter; Tom Russell & Ramblin’ Jack Elliott swapping stories and songs at the Hank in late September; a politically charged Emmylou Harris at Telluride Bluegrass when she cursed (!!!) when discussing the current state of American politics; a feel-good Leftover Salmon affair at the Concert Hall (no fire alarms were set off after the band’s 15-year ban at that venue!); and a mind-altering set by Australian six-string slinger Tommy Emmanuel at Pagosa Folk’n Bluegrass, capped off by Rob Ickes & Trey Hensley joining him onstage for some real pyrotechnics.

But those shows are in the past. Here’s what’s coming up:

The Cherry Poppin’ Daddies bring their WWII XMAS Canteen show to the Community Concert Hall at 7:30 p.m. tonight (Thur., Dec. 20). You might remember the Daddies from the 1990s swing revival, in which bands like Big Bad Voodoo Daddy, Squirrel Nut Zippers, the Brian Setzer Orchestra and the Daddies made big band hip again. They had such hits as “Zoot Suit Riot” and “Brown Derby Strut.” Coming from a swing, jazz, jump blues, Great American Songbook and Tin Pan Alley tradition, the Daddies are retro yet contemporary, creating their own modern, iconoclastic version of the music that kept the Greatest Generation’s toes a-tappin’. Yes, the dance floor will be open.

The Animas City Theatre throws a funkalicious New Year’s Eve bash this year featuring Elder Grown, J-Calvin and Mesquite. Doors open at 8 p.m., with music starting at 9 and a champagne toast at midnight. Elder Grown combines the freedom of improvisational jams with captivating, original songs in a space where funk meets rock and pop meets hip-hop. J-Calvin is a home-grown, soul/funk outfit that played such major events as Telluride Jazz this past year. Mesquite spins lo-fi, chill-hop beats.

I sure do love festivals on Reservoir Hill in Pagosa Springs ... the music, the beer, the camping. One of my favorite parts of the Rez Hill experience is campfire picks, when I can catch musical friends of mine holding court until the wee hours. Two that are regulars, Erik Nordstrom and Jess Wilton, play the latest Erik & Friends show from 5-7 p.m. on Sun., Dec. 30 at Fenceline Cidery in Mancos. The two played in a short-lived-but spectacularly named band, the Inconvenient Coffee Tables at the 2009 Joe Moore Picker’s Reunion. The two still jam together at local festivals, often playing Jimi Hendrix songs. “Jess has been part of the local acoustic music scene since he fell in love with the Durango Bluegrass Meltdown in the mid ’90s,” said Nordstrom. Since then, Jester has sang and played mandolin in such groups as the Outta Hand String Band and Clods, the latter of which is a dirty blue-

The hardworking musicians in Black Velvet certainly are sticking around over the holidays. The duo of Nina Sasaki & Larry Carver returns to the Diamond Belle Saloon at 5:30 p.m. Friday and the Office Spiritorium at 5:30 p.m.

The Starlight’s slate includes a funk jam from 6-9 p.m. and a naughty or nice party with best outfit prizes and dancing to Kaztro’s DJ set at 9 p.m. Friday and an ugly sweater contest at 9 p.m. Saturday. They’ll also hold a food drive to benefit Manna Soup Kitchen Friday and Saturday. Donate an unopened, nonperishable food item and receive a free drink (one per customer, but feel free to donate more out of the goodness of your heart).

More local stuff happening the next two weeks includes Leah Orlikowski at the Ska Brewing World Headquarters from 5-7 tonight; the Animas Jazz Trio swinging at Jean Pierre Bakery at 6 p.m. Friday; Kirk James does solo blues at 7 p.m. Saturday at the Seven Rivers Steakhouse at the Sky Ute Casino Resort; and the Blue Moon Ramblers holding court at the Diamond Belle at 6 p.m. each Sunday.

Finally, KSUT’s year-end drive concludes at noon on Fri., Dec. 28, when one lucky listener/member will win a trip for two to a Mexican resort in the big year-end drawing. Choose an eight-day, seven-night package from one of six different Vidanta Resort locations, and KSUT will foot the bill for airfare from Durango for two. Ensure your entry by pledging online at www.ksut.org or returning your holiday membership mailer by the drawing date.

The best thing I heard this week is Shinyribs’ holiday single, “Christmas time in Bossier City.” It tells the tale of true love between a truckstop hooker and a long-haul trucker. What more could you want for the holidays than a hummer in a sleeper cab? Anyone who’s been to the greater Shreveport area can certainly appreciate Kev Russell’s literary genius.

Santa’s got a brand new bag? Email me at chrisa@gobrainstorm.net.