Birth of a festivarian and death of an icon 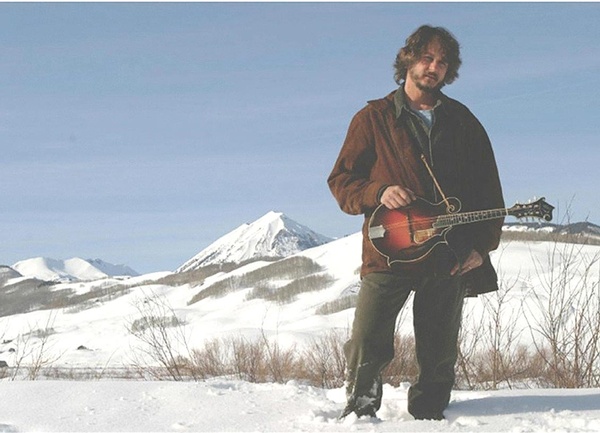 I remember my musical awakening well. It was Sun., July 21, 1991, in Town Park for the short-lived Telluride Mid-Summer Music Festival, presented by legendary promoter Bill Graham ... three days of rock & roll, blues and soul, with a pinch of blue-grass and folk thrown in. Because I was finishing my degree at the ol’ alma mater and working two jobs, the economics of time and money limited me to a Sunday-only pass. But one day was enough.

I was raised on classic rock radio and on a mission to see the Allman Brothers. Hell, I even owned a used copy of “Brothers and Sisters” that I picked up at Record Man for $9.99.

I left Durango on Saturday after-noon after wrapping up my summer gig as a freshman orientation leader at Harvard on the Hill and a shift at Sixth Street Lickbee. I managed to lie my way through the barricade that barred non-San Miguel County vehicles entry into Telluride, parked downtown and walked to Town Park. I was able to hear Los Lobos’ encore and Joe Cocker’s entire set from the bridge, with Cocker’s raspy-yet-beautiful voice harmonizing with the rippling sounds of the San Miguel River. I ran into two classmates that I had crushes on, Garian and Cat, and tried to sneak into the Sheridan Opera House later that night to catch Blues Traveler, Widespread Panic and Little Women. We failed.

The next morning, I ditched my ’76 Toyota Corolla at Rose’s Market and went inside to shop for breakfast. I was approached by a stunning earth muffin who offered to buy groceries and take me back to her condo to cook breakfast. I assumed I was going to get laid. Alas, it wasn’t meant to be. Back at her condo, members of Blues Traveler, Panic and other bands were passed out on the floor and every piece of furniture that was available. An interview with Chan Kinchla some 22 years later confirmed my suspicion that she was the “Sweet Talking Hippie” that Blues Traveler sang about, and a romantic interest of Kinchla’s at the time. Regardless, I still have happy memories of John Popper walking around in his boxer shorts while an angel cooked us breakfast.

I soon meandered to Town Park as a rookie festivarian, flying solo. I had no rain jacket, no warm clothes and barely enough money in my wallet for a souvenir T-shirt and a few beers. But festival crowds are welcoming, just as the Sweet Talking Hippie was with breakfast. Soon, I found some friendly souls with tarp space in exchange for some of the booze I’d smuggled into the festival grounds. They countered with an assortment of chemicals of questionable legality ... stuff that made the clouds glow and the rainbows scream. Moonlight through clouds has never looked the same since.

Panic kicked off the music, blistering its way through a 75-minute set. My trip kicked in for Taj Mahal, who played through an early-afternoon monsoon as we danced in the mud. The David Grisman Quintet blew our minds. Aside from the Marmot Mud-flaps at Skinny’s in Durango, I’d never seen a bluegrass band. All of those stringed instruments noodling gypsy jazz while a flute player pranced about the stage left me speechless. Then came Hot Tuna, in all their glory.

Finally, the Allman Brothers took the stage with a lengthy jam of “Don’t Want You No More>It’s Not My Cross to Bear” ... the first two songs that introduced them to the world 22 years earlier on Side 1 of their eponymous debut album. Taj played keyboards alongside Gregg Allman for much of the show, sharing vocals on “Statesboro Blues.” The clouds parted to expose a bright orange

sunset, which led Dickey Betts to exclaim that the view was pretty good from stage, too, before launching into “Blue Sky.”

The Telluride Mid-Summer Music Festival was my Woodstock. I was just 23 and my totem had set me upon a path as a fan, DJ, music writer and concert promoter. I danced in the mud and washed myself under a mountain waterfall that day. Town Park became my Mecca, my Vatican and my Temple on the Mount. And Gregg Allman was my spiritual guide on a musical journey that continues today.

Gregg Allman’s spirit left his body Saturday afternoon. But it’s still leading me down that same path that I stumbled upon in Town Park in 1991, one filled with rock & roll, blues, soul, country, folk, bluegrass, jazz and everything in between. I’ve spent about 120 days in Town Park since, at festivals and one-off concerts by the likes of Bob Dylan and Neil Young. But Gregg is my shaman.

The jam continues Saturday night at the Animas City Theatre, as Jeremy Garrett & Drew Emmitt play an inspired evening of newgrass. Garrett is the fiddler and one of the singers in the Infamous Stringdusters; Emmitt, of course, picks mandolin, fiddle and guitar and sings the purty songs in Leftover Salmon. Salmon’s rhythm section – Greg Garrison (bass) and Alwyn Robertson (drums) – rounds out the quartet. Doors open at 8:30, with music at 9.

Liver Down the River returns to the ACT at 9 p.m. Wednesday. We’re lucky to have this blue- grass-meets-psychedelic funk band call Durango home. Lookout Mountain Showdown opens with its brand of bluegrass and new country.

Finally, the Durango Blues Train rolls out of the depot at 6:30 p.m. Friday and Saturday, but it’s already sold out. The lucky few who got tickets get the chance to hear Phil Wiggins (of Cephas & Wiggins) play a duet set with his new partner, George Kilby Jr., while the train chugs its way to the Cascade Wye and back. Patrons can wander from car to car to catch sets by Felix y Los Gatos, A.J. Fullerton & Nic Clark, Ben Prestage, Grant Sabin and Chris Yakopcic. Don’t fret if you’ve missed out on tickets: there are still about 50 left for the Friday, Aug. 18 trek. Steve Gumble, the head honcho at SBG Productions – the fine folks who bring us Telluride Blues & Brews, Telluride Jazz and the Blues Trains – will join me on the KSUT airwaves for Friday’s Afternoon Blend. We’ll get the chance to talk blues, brews and, of course, Gregg Allman.

Now she’s with one of my good-time buddies? Email me at chrisa@gobrainstorm.net. 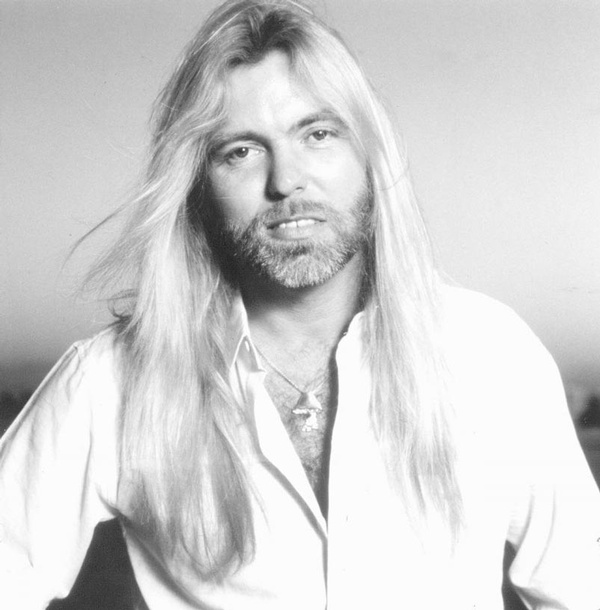 The late, great, Gregg Allman, gone to the whipping post in the sky.