Blues, brews and a Native metal band or two 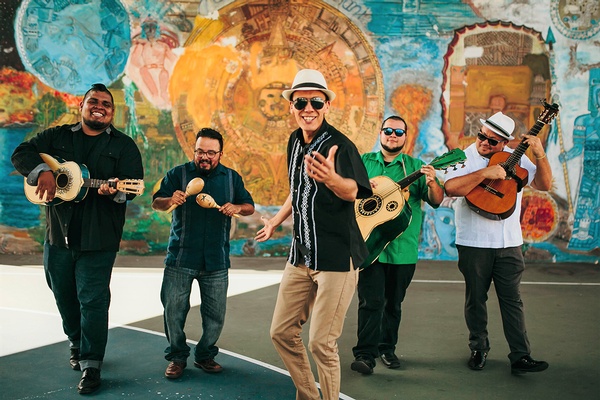 Festival season in Southwest Colorado all but comes to a close this weekend when the 26th annual Telluride Blues & Brews rolls out the barrels in Town Park. If you don’t have tickets yet, be prepared to pay scalper’s prices. This one’s been sold out for months.

As always, Gumby booked a legendary lineup for 2019, with John Fogerty (8 p.m. Friday), Boz Scaggs (8 p.m. Saturday) and George Clinton & Parliament Funkadelic (7 p.m. Sunday) headlining the three-day affair. The undercard ain’t too shabby, either. Regulars like Anders Osborne, Tab Benoit, Samantha Fish, Cedric Burnside, the Reverend Peyton’s Big Damn Band, Otis Taylor and Mitch Woods are all back, putting the blues squarely in the middle of Blues & Brews. Americana and alt-country fans even have something to look forward too, with Ryan Bingham, Hiss Golden Messenger and Phil Cook on the bill.

Of course, beers will be available for purchase the rest of the weekend. Sierra Nevada once again sponsors and will offer a host of wares, including Hazy Little Thing IPA and its old standby Pale Ale. Ska’s Mexican Logger, Telluride’s Mountain Beer Kolsch, Avery’s White Rascal Belgium Style Wit, Bonfire’s Apres-cot Apricot Blonde Ale and a pair of Big B hard ciders are also available by pint.

A new highlight is Blues for Breakfast at 9 a.m. Saturday and Sunday at the brand-new Back Porch Stage. Cozy couches and a rustic de?cor, not to mention a complete breakfast spread and cocktails (for purchase), give you a chance to kill last night’s hangover with the hair of the dog and some tasty treats.

Ska hosts its Euphoria Pale Ale release party at 5 p.m. tonight (Thurs., Sept. 12) at the World Headquarters. Ska’s unique rotation of Mexican Logger in the spring and summer and Euphoria in the fall and winter is still something I can’t wrap my head around – quite frankly, they’re two of my favorite Ska beers. I typically stock up with a case of each just before the other is released, to get me through the lean months without. For the record, Euphoria’s my favorite of the two. For the life of me, I’m shocked there aren’t more Euphoriaheads out there.

And speaking of Ska, a reviewer for The Full Pint Craft Beer News recently did a blind taste test of eight different Oktoberfests. Offerings within this German style from Left Hand, Sam Adams, Sierra Nevada, AleSmith, Enegren, JosephsBrau (yes, the house brand at Trader Joe’s), Ska & the venerable Ayinger Oktober Fest-Marzen were all sampled & ranked. Our local lads took home top honors in the blind panel tasting, the judges noted that Ska’s Oktoberfest easily won and cited its aroma (spiced orange peel, freshly baked rustic bread and powerful lemon), mouthfeel (“silky with high carbonation & some coating oiliness around the palate”), balance (the best of the lot) as winning characteristics. “The Ska was almost elixir-like with its combination of herbs, citrus peel and rustic grains. This is the beer I would request by the liter mug in Munich,” noted one taster.

Jarabe Mexicano returns to the Community Concert Hall at 7:30 p.m. Monday with a new show featuring Ballet Folklorico de Los Angeles. Jarabe Mexicano, veterans of past performances at both the Community Concert Hall and KSUT’s Party in the Park, honors the past while embracing the future by incorporating its members’ unique mixture (“jarabe”) of traditional and contemporary Latin  genres. Most of the band’s members have grown up living, studying and working on both sides of the border – which provided them with an intimate understanding of the trans-border demands and challenges facing millions who live cross-cultural lives. Ballet Folklorico is a young dance company that, despite being formed in 2011, has already distinguished themselves as one of the nation’s premier Mexican folk dance companies. They’ll perform “Cruzando Fronteras,” which translates into “Border Crossings” for gringos like me.

CV Wells & Jeroen van Tyn will perform a fundraiser for the Durango Autumn Arts Festival at 7 p.m. Saturday at the Durango Arts Center. The duo crosses multiple genres from contemporary folk to musical theatre to Gypsy with narrative songwriting that tells stories ranging from unexpected love to accidental murder to the secret life of senior citizens. Wells is a self-taught singer/song-writer/guitarist, while van Tyn is a classically trained violinist and vocalist. The DAC lends itself to their theatrical performance, which includes costumes like tutus and feather boas.

Six hard rock, metal, punk and alternative bands will perform the Native REZ-olution Rock the Youth concert at 4 p.m. Saturday at the ELHI Community Center in Ignacio. Such New Mexico bands as Illegal Aliens (punk from Santa Fe), Fatal Corruption (metal from Gallup), Eye (metal from Albuquerque), Shadow Remain (hard rock from Thoreau), Park Ave. (alternative rock from Shiprock) and Tu$ken (metal from Farmington) will perform. This free outdoor concert promotes a drug and alcohol-free environment for youths in Ignacio and on the Southern Ute Reservation. It’s held as part of the Southern Ute Tribal Fair. A jalapen?o eating contest precedes the event at 2 p.m.

Finally, the San Juan Symphony kicks off its 34th season with a garden party from 4-6 p.m. Sunday in the Rochester Hotel’s Secret Garden. Meet musical director Thomas Heuser and enjoy music by members of the SJS and SJS Youth Symphony. Donations will be accepted.

Roll out the barrel, we’ve got the blues on the run? Email me at chrisa@gobrainstorm.net