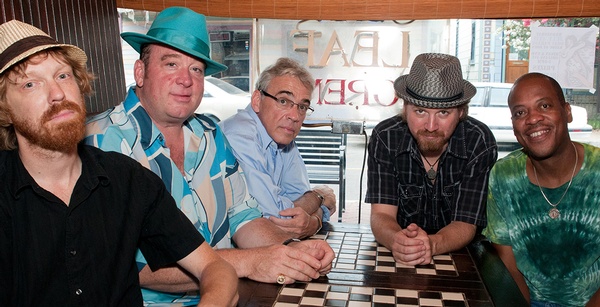 I played the lead role in Rifle Junior High School’s production of “You’re a Good Man, Charlie Brown” in 1980. A few verses from the play – surprisingly, not ones that I had to sing – have stuck with me through the years. One is from “Suppertime,” which features Snoopy uttering, “Behold the flowing flagon moist and sweet, which has been sent to slake our thirst.” A kid named Steve Kuntupis played Snoopy. He was a cool dude, whose parents owned the local pizza joint. Steve played little league and junior high football with me. And he liked Kiss. A lot. I haven’t seen him in 35 years, but I like to think he’s still cranking “Destroyer.”
I think of Steve singing Snoopy’s lines every time I’m waiting in line at a beer fest. And that day is upon us! The 18th annual San Juan Brewfest rolls out the barrels in Buckley Park on Saturday, once again benefitting United Way of Southwest Colorado. This year’s event features 54 brewers and distillers, plus live music from the Sweetwater String Band, Liver Down the River and Hog Magundy. There are three types of tickets available, each with its own unique entry time into the park: VIPs, who also receive tickets to Friday’s Brewer’s Party at Steamworks, begin at noon Saturday; upgraded general admission ticket holders enter at 12:30; and the general admission schmucks, who start chugging at 1. And then there’s me. Otto has a football game Saturday afternoon – a rematch of last year’s YAFL third grade Super Bowl against the Farmington Titans, no less – meaning I’ll show up in Buckley around 3:15. That gives the rest of you a two-hour head start.
This year’s Brewfest features Durango’s six breweries (Animas, BREW, Carver’s, Durango, Ska and Steamworks), our only grain-to-glass craft distillery (Durango Craft Spirits), popular suds slingers from Telluride, Pagosa Springs, Bayfield and Silverton and a host of newbies: 10 Barrel (Bend, Ore.), Ballast Point (San Diego), Big Sky (Missoula, Mont.), Crazy Mountain (Edwards), Eddyline (Buena Vista), Full Sail (Hood River, Ore.), Golden Block (Silverton), Goose Island (Chicago) and Melvin (Alpine, Wyo.)
There are rules to this shin-dig. It’s a 21-and-over event, so leave Junior at home. No dogs allowed, either, so Old Yeller can’t come. And utilize a designated driver or arrange alternate transportation: DD tickets cost $15 and include a pair of complementary non-alcoholic beverages; Buckhorn Transportation will offer discounted rides, although reservations are strongly encouraged; and city busses will operate for free Saturday.
On the heels of their excellent new record, “Kaleidescoped,” the New Orleans Suspects return to Durango at 7:30 p.m. Friday at the Durango VFW, this time around in a Durango Acoustic Music production. The Suspects first played to about 700 people at a KSUT Party in the Park three summers ago and have also appeared at such regional festivals as Telluride Jazz, and Rhythms on the Rio. Featuring past members of the Neville Brothers (drummer “Mean” Willie Green), the James Brown Band (sax player Jeff Watkins), the Dirty Dozen Brass Band (guitarist Jake Eckert), the Radiators (bassist Reggie Scanlan) and Outformation (keyboardist C.R. Gruver), the Suspects blend a variety of Crescent City rock, R&B, jazz and jam stylings into a spicy and balanced roux. Charlie Wooton of the Royal Southern Brotherhood is joining them on the road, replacing Scanlan, who has semi-retired from touring.
The Cannondolls throw a pair of EP release parties this Saturday. First, they’ll play unplugged at the Rochester Hotel’s Secret Garden from 4-7 p.m. Saturday with an opening set by Nashville’s Daphne Willis & Hailey Steele (the latter of whom appeared on the second season of “The Voice.”) Then, at 9 p.m., they’ll rock out at the Animas City Theatre in a three-band affair that includes Farmington Hill and Andy Rok & the Real Deal. Rumor has it that all this Cannondolls mayhem is a perfect way to keep the party rolling after San Juan Brewfest shuts down.
Durango Nature Studies hosts its annual Summer’s End Music Festival from 5:30-9 p.m. Friday at Rotary Park. Enjoy music from Running Out of Road, the Assortment and PG Band while enjoying beer, root beer and bratwursts, the sale of which will benefit DNS.
KSUT’s fall membership drive begins its “Hit It & Quit” drive today (Thurs., Aug. 25) with its first earlybird prize … a VIP package to the Four Corners Folk Festival on Labor Day Weekend. One lucky winner will receive a pair of patrons passes with seating in the reserved area and complimentary grub and grog, lodging, soaks and massages at Overlook Hot Springs and the chance to see the Del McCoury Band, Darrell Scott, the O’Connor Band featuring Mark O’Connor and more than a dozen others. All you have to do is pledge online at www.ksut.org or call 563-0255 between 7 a.m. - 6 p.m. Then, in two weeks, KSUT will hold its next earlybird drawing for passes and camping to Telluride Blues & Brews and Flagstaff’s Pickin’ in the Pines.
Larry Carver hosts his annual birthday celebration and pro jam at the Derailed Pour House at 8 p.m. Friday. Black Velvet will be the house band and will welcome guests throughout the evening, including Kirk James, Ben Gibson, Neil Nelson, Darren & Missy from the Bluetones and others. Admission is free.
Summer’s here and the time is right for dancing … at the Balcony. Lawn Chair Kings are scheduled to rock out from 5-9 p.m. Friday, although mixing the Kings with monsoon season has been known to bring a raindrop or two.
Kirk James has a busy week in store, with a solo show from 6-8 p.m. tonight at Dalton Ranch, and three blues band gigs: at 7 p.m. Friday at Moe’s, from 2-6 p.m. Saturday at the Hideaway Bar & Grill at Vallecito, and from 5-7 p.m. Wednesday as part of the Rochester Hotel’s Secret Garden series.
Elsewhere: Nina Sasaki & Dave Rust play The Plate (located off of Florida Road on County Road 250) from 7-10 p.m. Friday; and the Black Velvet Duo returns to the Animas River Café at the Doubletree at 5 p.m. Saturday.
Bring on the soup dish, bring on the cup?