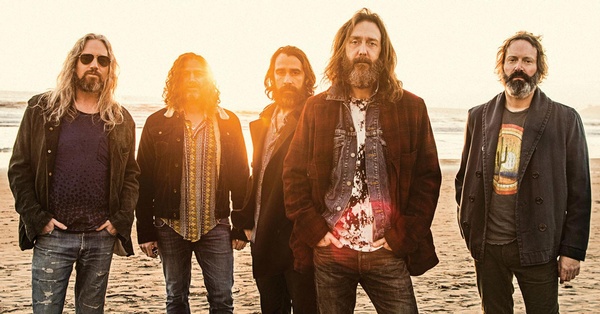 Chris Robinson Brotherhood play a sold out show at the ACT at 9 p.m. on Tuesday.

It’s Snowdown week, so let’s party, dude! The theme this and every year should simply be “A Bacchanal Affair.” You know where to seek out the schedule, so I won’t bore you here. Instead, I’ll offer up these suggestions to compliment your midwinter binge. The Chris Robinson Brotherhood sold out six weeks in advance of its 9 p.m. Tuesday gig at the Animas City Theatre, but you still have a chance to catch the ex-Black Crowes leader live. Robinson will hold a meet-and-greet and special acoustic performance at 5 p.m. Monday at Prohibition Herb. While the Colorado cannabis industry has licensed strains in collaboration with Snoop Dogg, Willie Nelson, Santana and others, Prohibition Herb took it one step further by working with Robinson to develop The Brotherhood, which placed second in the High Times Cannabis Cup in Denver in 2016.

“It took us two years to develop it with Chris,” Prohibition Herb’s Rasta Stevie said. “He hand-selected his favorite strains, and we got busy creating it, a new genetic strain that is one of our proprietary strains.”

He said the store actually ran the beta product through its store, letting Durango customers be involved in the selection of the best phenotype, along with Robinson and members of his band and Prohibition staff. “There is no other celebrity strain on the market that is developed with the artist in this manner,” Stevie said.

What’s more, the in-store performance is a fundraiser for Animas River cleanup.

KSUT and the Henry Strater Theatre present longtime Four Corners festival favorite Tony Furtado at 7:30 p.m. Wednesday, with local pianist Jonas Grushkin opening. Since busting out with his debut record, “Swamped,” in 1989, Furtado has weaved a career path along old-time, bluegrass, newgrass, blues, jazz, Celtic, country and folk trails. Furtado’s music is like an old friend. Shelly and I played a game early in our festivarian careers trying to spot him walking through the crowd. Whether the festival was in Telluride, Pagosa Springs or Lyons, Furtado was no doubt on the bill, either with his own band or as a member of Sugarbeat (a quartet he formed with Matt Flinner, Sally Truitt and Ben Demerath) or Laurie Lewis & Grant Street. Once we found him, the festival could officially begin. Furtado is quite familiar with Durango stages, including the Hank, the ACT and the Wild Horse, having played each numerous times when those venues were known as the Diamond Circle, the Abbey and the San Juan
Room, respectively.

Grushkin’s opening set is something I’m eagerly awaiting. He’s a true renaissance man, best known for his award-winning photography (he spent the late 1970s as the official tour photographer for the Grateful Dead). He’s also an accomplished handyman, making him a frequent phone call of mine to repair our home improvement mistakes. But what truly floored me was finding out that Grushkin is an accomplished pianist, schooled in early jazz, honky tonk, boogie woogie and jump blues. His debut record, “Gemini,” was released last summer and showcases these skills, with accompaniment from national and local talent. Bassist Victor Wooten and his drumming brother, Future Man, lent their support, as did local saxophone players Bob Hemenger and Jeff Solon.

The Community Concert Hall hosts “PostSecret: The Show” at 7:30 p.m. Wednesday. PostSecret is an internationally recognized public art project where people anonymously confess their secrets on homemade postcards. It’s a live production of the online effort created and curated by Frank Warren. All roles are played by TJ Dawe, Maria Glanz and Kerry Ipema, all of whom are Canadian theatre veterans. The show is an immersive, poignant journey through the humor and humanity of the personal stories we keep to ourselves.

Amid the frivolity that is Snowdown, Steamworks taps its monthly firkin, Bourbon Balls, at 3 p.m. Friday. “Bourbon balls are bite-sized confections including bourbon and dark chocolate, stored for days to allow the bourbon and other ingredients to get quite tasty,” head brewer Ken Martin said of the Southern delicacy. For the Bourbon Balls firkin, they started with a base of their Macho Man Russian Imperial Stout, a big, strong brew which already has the necessary components of chocolate, as well as intense notes of coffee and dried fruit and an assertive hop bitterness. To transform it into Bourbon Balls, Martin soaked toasted oak spirals in bourbon for several weeks before placing them in the firkin to infuse a bourbon-oak flavor. Pure cacao nibs were also added for additional chocolate flavor.

In other suds-related news, Ska recently released Rue B. Soho, a refreshing lager brewed with cascade hops and grapefruit. It marks Ska’s only new release of the year to be distributed throughout all of its markets.
Durango Craft Spirits has hosted some intimate musical jams lately, including weekly Friday performances by the Stillhouse

Junkies that usually start at 5:30 p.m. This week will be later due to the Snowdown Firework! and Light Parade. The Junkies have quickly become one of the stars of Durango’s fertile bluegrass scene, with longtime locals Bruce Allsopp (resonator guitar and harmonica) and Alissa Wolf (fiddle) joined by Cody Tinnin (upright bass) and Fred Kozak (acoustic guitar, mandolin). Allsopp, Tinnin and Kozak have roots in the Badly Bent, while Wolf is a former Lawn Chair King and current member of the Cannondolls. Their music isn’t tried-and-true bluegrass, but rather an Americana form that blends the high-and-lonesome with country, blues, jazz, and rock & roll. Look for their debut album sometime this April.

The Durango Celtic Festival takes place March 8-11, but earlybird ticket pricing runs through Feb. 19. In addition to saving some coin, earlybird tickets are reserved, which guarantees prime seating for the four-day event. Headliners include Old Blind Dogs and Daimh.

The best thing I’ve heard this week is “Don’t Talk About It,” the latest release from Australian alt-country chanteuse Ruby Boots. Released on the Bloodshot label, it’s a glimpse into honky tonk heaven. Ruby Boots is the stage name of Bex Chilcott, and it suits her. Her journey from Perth to Nashville gave her the chance to bust out in a male-dominated genre. Whether she’s riffing on Southern rock or singing a capella, these Boots fit.

Hoe handle in your hand? Email me at chrisa@gobrainstorm.net