Burning one for lost festivarians and chicks who rock 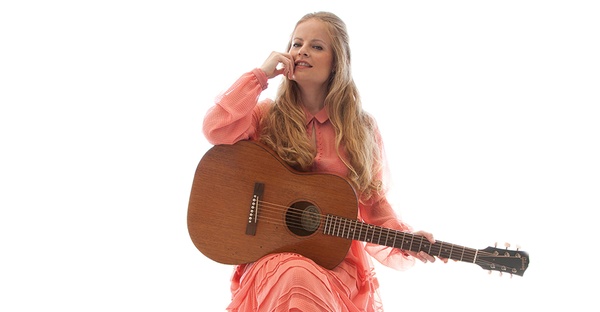 And so begins the 46th annual Telluride Bluegrass Festival. For me, it marks 23 straight Bluegrasses, or exactly half. I guess that makes me a veteran ... or at least a glutton for punishment. I only attended three days of the festival in three of those years. On another – the year Gus was born – I made it up for Sunday’s big Robert Plant gig. In most years, though, I was up there by Wednesday afternoon, catching that evening’s FirstGrass or the Yonder Mountain String Band shows up in Mountain Village. It’s safe to say I’ve logged more than 100 days in Town Park for Bluegrass alone.

This year’s bluegrass seems a bit empty. To be honest, I’ve given thought to ending my string. The heart of the Front of the Line Gang, Scott Spencer, died in an avalanche this past March. And the soul of Camp Run A Muck, Hippie Jerry, died in a head-on collision outside of Dolores last week, driving up to his annual festivities in Town Park. Both will be missed by hundreds of their fellow festivarians for their generosity, gregariousness and general goodwill. They’re not the first of my festival buddies to have gone clear, as the Jerry Douglas song goes. Dancin’ Pat was horrifically killed when he was run over by a New Year’s Eve bus in downtown Telluride several years ago while he was laying on the ground in protest. Rumor has it some of his ashes were packed into a bowl and smoked the following year at Bluegrass, although that’s probably just a San Miguel County myth. Pat, Scott and Jerry would insist that the show must go on.

For those of you not into the high and lonesome, I strongly suggest catching tonight’s free concert at Buckley Park (5:30-7:30 p.m., Thurs., June 20). Alice Wallace is an up-and-coming country and Americana artist whose latest album, “Into the Blue,” is stuck in my car CD changer. It’s one of those albums that simply won’t let me eject it. The lead single, “Santa Ana Winds,” is a powerful ode to anyone who has been uprooted by forest fires, making it a timely song in these parts.

Wednesday’s Patty Griffin show at the Community Concert Hall sold out a month ago. As it neared sell-out, her management asked if Carrie Rodriguez could be added to the bill, an idea that the presenters at the CCH and KSUT welcomed with open arms. Rodriguez is a bilingual singer/songwriter/fiddler with deep roots in Texas twang, as she’s the daughter of award-winning songwriter David Rodriguez. If you got shut out, show up early. Somebody will have an extra for sale.

The big highlight for longtime Four Corners bluegrass fans is the much-anticipated Broke Mountain Bluegrass Band reunion. Back around 2003, five hippie kids came together in a campfire pick, rumored up on Reservoir Hill. This included a trio from Southwest Colorado – Anders Beck, Travis Book and Robin Davis – along with two scruffy pickers from North Carolina – Jon Stickley and Andy Thorn. Stick & Thorn’s North Carolina buddy Rick Hauchman sat in with them at the 2003 RockyGrass Festival, where the upstarts won the coveted band competition. One album exists (2004’s “Cabin in the Hills”), along with a hard-to-find disc of demos and a few choice live bootlegs. If you consider Broke Mountain to be the minor leagues, then the farm team certainly succeeded in sending its players up to the majors within a few years. Thorn now picks banjo with Leftover Salmon; Book sings and slaps bass for the Infamous Stringdusters; Beck plays dobro for Greensky Bluegrass; Stickley fronts his own jazzy Jon Stickley Trio; and Davis still works locally in the Robin Davis Duo and Six Dollar String Band. All five will be on hand for the reunion, along with Hauchman. Their 75-minute set begins at 3 p.m. Friday.

Speaking of Thorn, his mates in Leftover Salmon embarked on a seated “Stories From the Living Room” tour this winter ... perfect timing since the banjoman suffered a horrific broken leg while skiing. LoS’ late night gigs on Saturday are legendary. But this time around, marking their 30th anniversary at Telluride Bluegrass, they’ll take the stage at a much more civil time of 3:30 p.m. today (Thursday). I’ve heard Mayor McCheese will make an appearance.

Right before Salmon’s mainstage set, the erstwhile Peter Rowan will perform, this time augmenting his Free Mexi-can Air Force with Los Texmaniacs, a Grammy-nominated Tex-Mex group. Through the  years, I’ve seen Rowan play with reggae groups, in rockabilly combos, in low-key singer/songwriter settings and in any number of traditional bluegrass and newgrass groups, including reunions with Old and in the Way and Bill Monroe’s Blue Grass Boys alumni. Seeing him do cumbia and Tejano tunes promises to be righteous.

Many other festival regulars will be on hand, including Sam Bush, Jerry Douglas, Be?la Fleck & the Flecktones, Tim O’Brien, Chris Thile (both solo and with the Punch Brothers) and, of course, Yonder Mountain String Band.

Two other sets are on my can’t miss list. First is Rob Ickes & Trey Hensley, past veterans of both the Durango Bluegrass Meltdown and FolkWest shows up on Reservoir Hill. They’ll play at 12:15 today. I consider Hensley to be the best young guitarist in bluegrass. Then at 1:45 p.m. Saturday, Steep Canyon Rangers make their return to Town Park.

Burn one or raise a glass for Scott, Hippie and Pat if you’re in Telluride. And excuse me if I get misty eyed.

We shall meet on that beautiful shore? Email me at chrisa@gobrain storm.net.