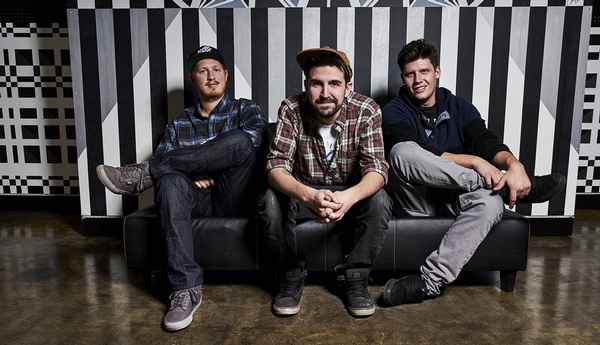 October is that glorious time of year when all of America’s major pro sports leagues are active. Baseball playoffs are in full swing, although I’m still reeling a bit from the Colorado Rockies’ offensive woes in their quick dismissal from the NLDS. The football season is far enough along to realize that the Denver Broncos have a snowball’s chance in hell of flirting with mediocrity this year. But a quick start by the Colorado Avalanche and a promising NBA preseason by the Denver Nuggets lead me to believe that I’ll have an enjoyable winter watching those two. Even in the college football front, locals can rejoice in Ralphie’s triumphant return, as the CU Buffs have jumped out to a 5-0 start on their season and a No. 19 ranking.

Mostly, I like October because of the chill in the air. I can still wear shorts to work, but not necessarily comfortably so when I start my car in the morning. I love having to grab extra blankets for the bed, yet the pillow stays cool through the night. Watching the flames dance around the logs in my fireplace always brings warm and happy thoughts. And Sunday dinners are usually vegetable-laden soups and stews that make me especially thankful for the hard work of those farmers and ranchers who put the food on my table.

It’s also an exciting time to be a music fan, as new music gets released at a breakneck pace to entice the soon-to-be-frantic holiday shoppers.

SunSquabi brings its Instinct Tour 2018 to the Animas City Theatre at 10 p.m. Saturday, giving fans the chance to catch its three-piece outfit, live electronic experience. The band broke out in 2016, a year that saw the release of its seven-track EP, “Odyssey,” which took listeners on a laid-back, electronic, funk-fueled journey. They effortlessly traveled between synth-bass heavy vibes and smooth, jam-band grooves. That same year saw them tour extensively across North America, playing such festivals as Electric Forest, High Sierra, Camp Bisco and Hulaween, as well as regular stops at Red Rocks, the Brooklyn Bowl Las Vegas and more. They followed that with the 2017 release of their sophomore EP, “Deluxe.” Denver’s Late Night Radio, another electronic melting pot, opens the show.

Growing up on the south side of Chicago, Jack Cloonan was immersed in American roots music. His father and grandpa taught him to play the accordion and fiddle in the second grade. By the time he was grown, he’d added guitar, mandolin, piano, banjo, drums and bass to his repertoire. Upon moving to Colorado, Cloonan raised the bar and surrounded himself with some of the top pickers in the state. He later created the Jack Cloonan Band, which plays the ACT at 9:30 p.m. Friday. The JCB brings more than traditional bluegrass to the table, with elements of Irish music and old episodes of “Soul Train” putting the funk into the fiddle of the group’s discograss sound. Durango’s own High Country Hustle opens the show.

“America’s Got Talent” star Mandy Harvey takes the stage of the Community Concert Hall at 7:30 p.m. Tuesday. Harvey is an inspirational jazz and pop singer/songwriter who has overcome a lot during her career. She was pursuing a vocal music education degree at Colorado State University in 2007 when she lost her residual hearing due to a connective tissue disorder, yet she battled through this devastation to pursue her dream. She “relearned her life” over the next year and found a way to return to music in 2008. She later dumbfounded the notoriously cantankerous Simon Cowell on TV as a pitch-perfect vocalist.

The Durango Celtic Festival & Society hosts an evening with Adam Agee & Jon Sousa at 7 p.m. Sunday at the Henry Strater Theatre. The duo began playing together in 2005 in Boulder and moved to Ireland three years later to further immerse themselves in the music, land and culture. While living in Ennis, County Clare, Sousa earned his master’s degree in Traditional Irish Music Performance at the University of Limerick. They returned to Boulder in 2009 and have toured the U.S. and internationally ever since.

KDUR’s Fall Membership Drive runs from this Friday through the following Friday. Call 970-247-7262 or visit kdur.org if you enjoy shows like my personal favorites, “The Velvet Rut,” “Audience of One,” “Rezbilly Breakdown,” “Cranky Old Guy Rock Show,” “Lovely Day Radio” or “Wakeman and the Baker.” Your pledge will put a smile on grumpy Liggy’s face.

Autumn means the return of “The Met: Live in HD” to the Vallecito Room of the FLC Student Union. The season opening is Verdi’s “Aida,” which is screened at 10:55 a.m. Saturday. Run time is approximately four hours, with two intermissions. “Aida” first premiered in Cairo in 1871 and is considered the grandest of grand operas. Set in ancient Egypt and filled with magnificent choruses, complex ensembles and elaborate ballets, it never loses sight of its three protagonists, while exploring the conflict of private emotion and public duty.

I like beer. I still like beer. And I’m rejoicing that BREW Pub & Kitchen has several new offerings on tap, as well as a couple of old favorites. Erik Maxson has recently tapped Nigel, an extremely drinkable oatmeal stout; Buckley, a damned fine English Pale Ale; Frida, a dry-hopped German hefeweizen; and his traditional seasonal specialty, Oktoberfest. The hugely popular Zen, a summery ale with Thai basil, cucumber and lemon, and the easy-drinking standby, Keller, a crisp and refreshing Bohemian style pilsner, are also available in pint glasses, growlers and kegs.

The best thing I’ve heard this week is “When I Rise,” the latest album from Fort Collins bluesman Cary Morin. A member of the Crow Tribe, Morin plays a deft fingerstyle acoustic guitar and writes vocals from the heart. Originals like “When I Rise” and “Jug in the Water” are complemented by covers like “Dire Wolf” on the new record.

We sat down for a game? Email me at chrisa@gobrainstorm.net