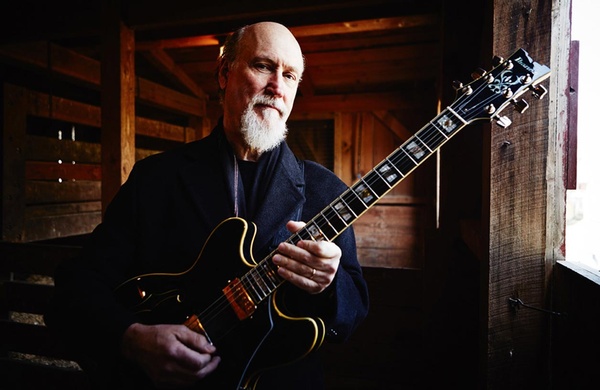 Another week, another busy slate of entertainment here in our neck of the woods. From jazz and opera to electronic and funk, there’s something for everyone.

The John Scofield Trio brings countrified jazz to the Community Concert Hall stage at 7:30 p.m. Wednesday. One of jazz music’s legendary guitarists, Scofield has more than 40 records to his credit, typically expressing himself in bebop, jazz-funk,

organ jazz, acoustic chamber jazz, electronicallytinged groove music and jam band styles. His latest album, “Country for Old Men,” explores classic country sounds by infusing hillbilly melodies with improvisational jazz while interpreting classics from George Jones, Hank Williams, Merle Haggard, Bob Wills, Patti Page and Shania Twain. “We’ve turned outlaw country tunes into jazz vehicles,” he states in his press kit. “Rather than go to Nashville and record with ‘real’ country players in a country style, I joined forces with my jazz cronies to play the songs with our jazz approach.” He tours nearly 200 days a year and has appeared multiple times on the Fred Shellman Stage during the Telluride Jazz Festival.

One of the coolest bluegrass bands in Colorado, Ragged Union, comes to the Balcony Backstage at 9:30 p.m. Friday. Led by the husband-and-wife duo of Geoff & Christina Union, they’ve recruited a veritable Who’s Who of the Front Range bluegrass scene in Jordan Ramsey (mandolin); Justin Hoffenberg (fiddle); and Chris Elliott (banjo, formerly of Spring Creek and Blue Canyon Boys). Many of these artists have performed on Meltdown stages before. Ragged Union returns for Meltdown this April.

The Animas City Theatre presents a Curtis Mayfield tribute show with the B-Side Players, Katastro and the Holdup at 9 p.m. Tuesday. Based in San Diego, the B-Side Players are California favorites with 10 San Diego Music Awards under their belts. The nine-piece band blends a variety of genres into a forward-looking, Latin-flavored brand of soul music. They’ll play one set of originals followed by their Mayfield tribute. Tempe’s Katastro is a quartet that dabbles in rock, funk, blues and hip hop, while the Holdup plays hip hop-influenced reggae.

Electronic/jam returns to the ACT when SunSquabi and Pandasaywhat!? bring their beats and textures to the stage at 9 p.m. Wednesday. SunSquabi is a Colorado trio that’s quickly risen in the electronic world due to the energy of its self-dubbed “electronic hydro funk experience.” Pandasaywhat is the solo project of a “deranged man-child turned panda bear who barely made it out of Durango” to take listeners on a musical journey full of groovy slap-and-wobble bass lines and hip hop rhythm. Ralpshta is also on the bill.

The ACT also hosts the Southwest Music Festival benefitting Stillwater Music on Friday and Saturday, with doors opening at 7:30 p.m. Music starts at 8 and ends at 1:30 a.m. each night and features eight local bands and/or artists: Elder Grown, Niceness, Sky Pilot, Durango Funk Allstars, DJ Posh Josh, Robbie Over-field, Jade Robbins; and Oblee. Stillwater offers music lessons in a variety of genres to local musicians of all ages, from kids through retirees. Cost for the festival is just $10 per night.

The Infamous Stringdusters conclude a two-night run at the Sheridan Opera House in Telluride at 8 p.m. tonight (Thurs., Feb. 23). The award-winning bluegrass quintet is on a creative hot steak the past two years, with a pair of full-length albums (“Ladies & Gentlemen,” a duets album featuring a slew of women singers, plus the brand-new “Laws of Gravity”); an EP of rock & roll covers; and recent live collaborations with singer-songwriter Ryan Adams. The ’Dusters aren’t making it to Durango this time around, and at this point aren’t on any regional festival bills ... so this might be your only chance to catch them nearby in 2017.

The Sheridan also welcomes one of my favorite indie-folk bands, Blind Pilot, at 9 p.m. Friday and Saturday. The sextet went five years between albums, but its latest, “And Then Like Lions,” is worth the wait. Both college radio and NPR stations have spun it heavily the past six months. Ryley Walker provides opening support.

On Saturday night, Feb. 25, it’s time to check out Durango’s up-and-coming singing talent at the first round of the Durango Voice at the Henry Strater Theater. A fund-raiser for Manna (which recently dropped the “soup kitchen” part of its name), the event is based on the same format as the popular TV show “The Voice.” The evening features amateur singers chosen from a slew of video try-outs in a “live audition.” Twelve contestants will be chosen to go on to the final round, where three top winners will be awarded, Sat., April 1. Doors open at 6:30 with show at 7 p.m.

The Met: Live in HD continues with the presentation of Dvorak’s “Rusalka” at 10:55 a.m. Saturday in the FLC Vallecito Room. The run time is approximately three hours, 40 minutes, but there are a pair of intermissions. “Rusalka” is considered the definitive example of late Romanticism, containing folklore, evocations of the natural and supernatural worlds, and even a poignant interpretation of the idea of a love-death.

Spring is in the air, and in public radio that means fund drive season. KSUT’s spring membership drive, which sends one lucky couple to the Crescent City for the New Orleans Jazz & Heritage Festival each year, technically runs March 8-14. As an early-bird incentive, the KSUT folks are teaming with the Durango Independent Film Festival for a pair of all-film passes plus five $50 dinner gift certificates to local restaurants. Any pledge received by noon Friday will be entered into the earlybird drawing. Both KSUT and KDUR will be busy in the coming months. Supporting each is doubly important this year given the Trump administration’s proposal to eliminate federal funding for public radio and television. At KSUT, this represents 24 percent of the budget.

4. Pagosa Folk’n Bluegrass, June 9-11. The Lil’ Smokies, one of my favorite new bluegrass bands of the last few years, tops the bill.

I turned 21 in prison? Email me at chrisa@gobrainstorm.net