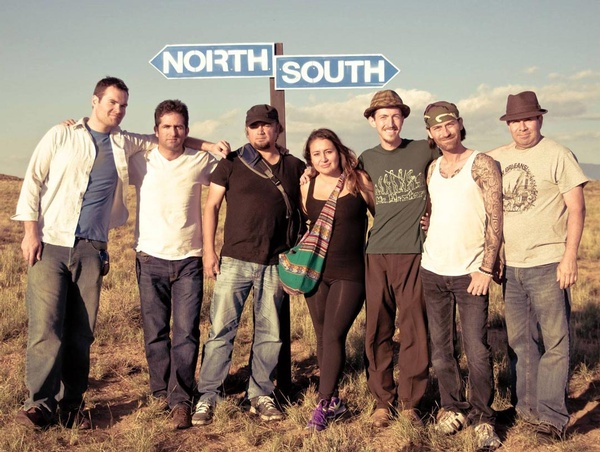 I read a disturbing article in Rolling Stone last week. No, it wasn’t one of their daily tirades about the buffoonery taking place in Washington D.C., although I’m drawn to those, too. I’m talking a piece titled “What Miranda Lambert’s album sales say about sexism at country radio.”

Lambert, one of the biggest names in Top 40 country music, has seen her latest record, “The Weight of These Wings,” go platinum – a feat that’s almost unheard of in the digital music age. While I’m not a Lambert fan – Top 40 country has little appeal to me – I’ve heard enough from her through recent duets with Steve Earle and Don Henley to know she’s talented. Plus, she’s influenced younger singer-songwriters like Angaleena Presley and Ashley Monroe, both of whom are rootsy artists who ply their craft in the Americana and alt-country genres I love so dearly.

Despite enormous sales, sold-out concerts and a heavy promotional schedule, Lambert’s latest single, “Tin Man,”
stalled at No. 35 on the country charts. Of the most recent Top 60 country radio charts, just six songs were by solo women’s artists. Bro-country rules the roost with its misogynist lyrics and schoolboy subject matter (think trucks, beer, guns and girls). Women are meant to be ornaments clad in cutoff jean shorts, fetching road beers for the boys whose pickup trucks they’ve climbed into.

Margo Price, one of the headliners at this summer’s Telluride Bluegrass Festival, released what was my favorite country record of the past 30 years with her Jack White-produced “Midwest Farmer’s Daughter” ... Not just my favorite women’s country record, mind you, but favorite overall country record. It’s rootsier than anything the big boys like Dwight Yoakam and George Strait put out recently. It sold just 50,000 copies, despite being universally praised by critics and musical contemporaries. She received no support from country radio. Instead, public and community stations like KSUT and KDUR gravitated to it.

Rolling Stone noted, “So what is country radio playing right now? The Number One song for this new week is Dylan Scott’s ‘My Girl,’ a composite of virtually every Luke Bryan song from the last five years (the titular ‘girl’ raps to Eminem, wears a ball cap, sips Crown and Sprite, holds babies, thanks Jesus, etc.)”

It’s a damned shame. Recent groundbreaking country releases by women go beyond Price to include the aforementioned Presley, Sunny Sweeney, Whitney Rose, Carrie Rodriguez, Jaime Wyatt, Amanda Anne Platt & the Honeycutters, and countless others. On the Americana front, Rhiannon Giddens, Valerie June, Sarah Jarosz and Tift Merritt crossed musical and cultural boundaries. Even our local scene saw groups like The Cannondolls emerge as musical leaders, with its members rounding out bands like the Lawn Chair Kings, Farmington Hill and The Stillhouse Junkies.

It should be an era like the late ’60s and early ’70s, when Dolly Parton, Loretta Lynn and Tammy Wynette all ruled the country charts while Emmylou Harris and Linda Ronstadt crossed over into folk-rock territory. But it ain’t. As long as Luke Bryan and Dylan Scott keep pandering to Top 40 radio execs and the record industry, the country music audience will keep grabbing ’em by the pussies.

The free Concerts @ The Park series saved the best for last. The Albuquerque-based world music troupe Baracutanga performs from 5:30-7:30 p.m. tonight (Thurs., July 27) in Buckley Park. Four different countries (Bolivia, Ecuador, Peru and the U.S.) are represented in the seven-piece band, which takes pride in arranging traditional South American rhythms such as cumbia and huayn?o in new and interesting ways. Their mix includes Middle-Eastern darbuka, Afro-Cuban bata and Afro-Peruvian festejo rhythmic combinations. If you’ve caught their act at past Ska-B-Qs, you certainly won’t miss them this time around. Special thanks to the Community Concert Hall and Alpine Bank for putting on this series.

MarchFourth returns to the San Juan Mountains when they play the Telluride Conference Center in Mountain Village at 8:30 p.m. Saturday. MarchFourth is no stranger to Durango, most recently playing a raucous gig at the Community Concert Hall last year. Part circus and part big band, M4 employs acrobats, dancers, jugglers, stilt walkers and others to perform during an otherwise stellar jazz and swing blowout. Their latest record, “Magic Number,” was one of my favorites in 2016, missing my Top 10 list more out of omission than anything else. It’s packed with high-energy tunes and features such guests as Trombone Shorty and Crescent City drummer Stanton Moore.

Local talent old and new rocks the Balcony Backstage at 9:30 p.m. Friday and Saturday. First, longtime favorites Red Eyed Djinn brings its Dead-infused jam to College & Main on Friday. Then on Saturday, new faces – sort of – take over. You’ve likely seen the members of Sunny & the Whiskey Machine in other local outfits. This Americana/ soulgrass trio features Sunny Gable on mandolin, Guy Ewing on bass and the esteemed Jeff Moorehead on dobro. Their music delves into captivating history and deep-seeded emotions in a dark territory full of bluesy twists and rocky turns.

Chalk this up as another one of those “it’ll sell out quickly, so don’t be that guy who fell asleep” alerts: Jay & Silent Bob return to the Community Concert Hall on Dec. 16 and tickets go on sale at 10 a.m. Friday. The duo of Kevin Smith (Silent Bob) and Jason Mewes (Jay) made such legendary films as “Mallrats,” “Chasing Amy,” “Dogma,” “Jay & Silent Bob Strike Back” and “Clerks” back in the ‘90s. The two were cult heroes for slackers and stoners every-where. With their latest stage production, “Jay & Silent Bob Get Old,” they explore ... well, aging gracefully. This one ain’t for children ... just kids at heart like me, staring down 50.

Elsewhere: The Jade Robbins Band plays the Balcony at 5:30 p.m. tonight (Thurs., July 27); Farmington Hill returns to the patio at Moe’s from 7-10 p.m. Friday, marking The Nord’s triumphant return to his old stomping grounds now that he’s moved out West to Mancos. And speaking of The Nord, he’ll be crossing back over county lines Wed., Aug. 2, for an LCK show at the Rochester Secret Garden.

There’s a gonna be some changes made? Email me at chrisa@gobrainstorm.net.