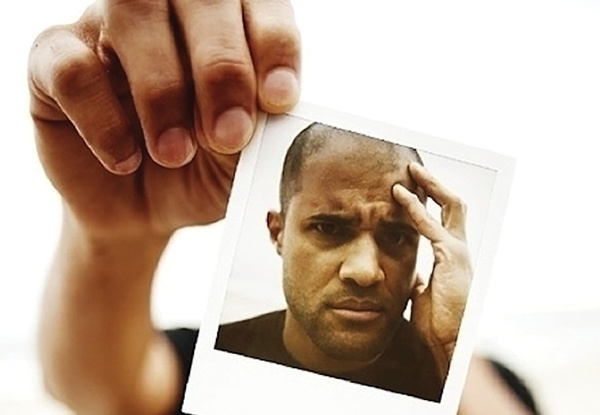 The freezers are overflowing with poultry – both of the upland variety, as my annual trek to Kansas yielded a good haul of pheasants and quail – and the store-gifted variety (thank you, Mr. Grocer, for free turkey giveaway for every 100 bucks spent!) Now that Turkey Day is in the rearview mirror, it’s holiday concert season. I can’t wait to hear young Otto’s public debut on the saxophone during Escalante Middle School’s holiday gala. I occasionally hear jazzy squawks from the basement, so I know he’s practicing.

Here’s what Santa and his elves have packaged for us:

Michael Martin Murphey brings his 25th anniversary Cowboy Christmas Show to the Henry Strater Theatre at 7:30 p.m. Tuesday. Murphey is an Americana icon, having morphed from Austin singer/songwriting pioneer in the 1970s to pop-country crooner in the ’80s to traditional cowboy music and trail song torchbearer in the ’90s to bluegrass aficionado in the 2000s. Back in the early ’70s, MMM, Willie Nelson, Jerry Jeff Walker, Gary P. Nunn and others eschewed the countrypolitan sounds favored by Music City hitmakers in favor of the rootsy sounds of the heartland, giving us legendary cuts like “Carolina in the Pines,” “Desert Rat” and “Geronimo’s Cadillac.” Call it “Cosmic Cowboy” or “Outlaw Country,” it was a Bohemian scene that merged Western swing, cow-
boy songs, country, bluegrass, folk and rock & roll. A gem on Murphey’s “Blue Sky-Night Thunder” album called “Wildfire” showcased his ability as a pop craftsman and steered him toward commercial success. Though catchy, tunes like “Still Taking Chances” and “What’s Forever For” alienated some longtime fans and left Murphey’s creative heart yearning for the West. In 1990, he released the first in a string of “Cowboy Songs” records that faithfully recreated legendary Western tunes. The second in this series was 1991’s “Cowboy Christmas: Cowboy Songs II,” which set the stage for future Cowboy Christmas tours, like the one that lands at the Hank.

Local groups get into the act this week, including a trio of shows at the Community Concert Hall. The FLC Music Department holds its annual holiday concert at 7 p.m. Friday. The Durango Choral Society takes the stage for its joyous holiday celebration with jazz combos, Handel’s Messiah and much more at 3 p.m. Sunday. Finally, the San Juan Symphony’s Youth Orchestra winter 2018 showcase lands at the CCH at 7 p.m. Monday. That’s just the tip of the iceberg: the coming weeks find the Nutcracker, Cherry Poppin’ Daddies and the Bar-D Wranglers all spreading holiday cheer in the venerable venue.

Lisa Blue & guests present “A Blue Christmas” at 6 p.m. Wednesday at the Wild Horse Saloon. Blue’s trio, which includes Glenn Keefe (bass) and Kevin McCarthy (guitar) will be joined by special guests Gary Cook (guitar), Denise Leslie (ukulele, piano) and Tracy Campbell (saxophone, flute) to perform heartwarming songs to ring in the holiday season. The Wild Horse has been newly remodeled and features concert-style seating, which is perfect for this family-friendly show.

The Community Foundation Serving Southwest Colorado has added a second Michael Franti show at 3 p.m. on Tues., Dec. 18 at the Community Concert Hall (the first sold out in a matter of days). This includes a screening of Franti’s debut film, “Stay Human,” followed by a spoken word and acoustic music performance from the legendary funk, reggae, soul and hip-hop artist. “The Community Foundation is proud to bring a message of hope and optimism through stories of everyday people and music this holiday,” Briggen Wrinkle, executive director of the CFSSWC, said. Note that Spearhead stayed home this time around ... it’s simply Franti, his guitar and his film.

The Animas City Theatre welcomes Homeboy Sandman & Edan at 8:30 p.m. Saturday. The two formed Humble Pi after Sandman checked out Edan’s live show several years ago. Soon, Sandman and Edan, a DJ, producer and rapper, began working on music together, sharing the common goal of reinventing the past so it feels relevant today. They make a lethal combination, with Edan’s intricate beats the perfect foil for Sandman’s goofy, self-effacing, stream-of-consciousness raps. And what is Humble Pi? “We’re serving humble pi,” says Sandman. “Humble math. Pi is a magic number. From time to time folks need a couple slices of humble pi as a reminder of real magic.”

Remember the Starlight? They’re still kicking out live music from time to time, including a funk jam from 9 ’til close Friday, Kid Konsume from 9 ‘til close Saturday and Durango’s longest-running open mic from 7 ’til close Tuesday.

Finally, Raven Narratives present a night of live storytelling featuring willing volunteers from the audience who tell six-to eight-minute stories on stage related to the theme of family at 7:30 p.m. Friday at the Sunflower Theatre in Cortez and the same time Saturday at the Durango Arts Center. Stories must be true, told in first person, relate to the theme of family, with no rants or raves, and told without notes on stage. Bring your favorite stories of family to share – be that a family of humans, animals, pet rocks or cells in your body. Organizers will draw names out of a Cracker Jack box all night long.

The best thing I heard this week wasn’t an entire album but rather a single song I can’t get out of my mind: “Breathless” by Canadian First Nations singer/songwriter William Prince. Prince is a folk and country musician from the Peguis First Nation in Manitoba. His debut record, “Earthly Days,” was released in 2015 in Canada but is seeing U.S. radio play this year after it won a Juno Award (the Canadian equivalent to the Grammys). “Breathless” is a simple yet catchy single that had the same effect on me as Marc Cohn’s “Walking in Memphis” back in 1991, with an unforgettable chorus: “I never heard a song sung quite like Elvis/Not much beats the sound of the pouring rain/And there’s something in your kiss/Leaves me so helpless/You leave me breathless/You leave me breathless.”

William Prince is a name you should know. I should know more than one track. But that one, beautiful earworm keeps burning through my brain. And “Breathless” burns through others’ brains, too: Tennessee-born blues-rock hipster Mike Farris included a version on his excellent new record, “Silver & Stone.”

Fall asleep with you under the northern lights? Email me at chrisa@gobrainstorm.net