D-Day, reincarnating the Man in Black and Welshly Arms 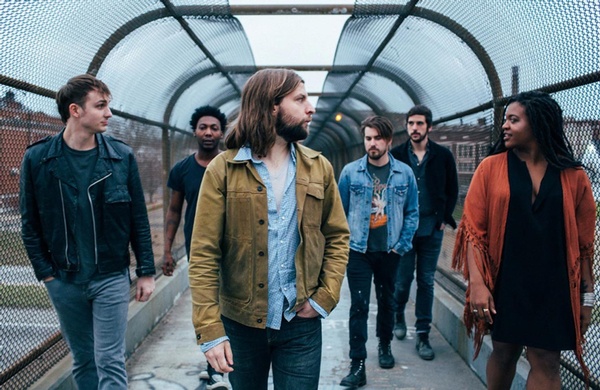 The day is upon us. On Friday, Donald Trump will be sworn in as the 45th president of the United States. Despite all of your social media protests, he will be your next president. It’s not Coke vs. Pepsi here. We had choices on Election Day. Love the results or hate them, Trump won the Electoral College.

But it doesn’t mean you have to bury your head in the sand for the next four years. Protests are springing up all across the country, and La Plata County residents can voice their displeasure from noon ‘til 2 p.m. Saturday with the “Standing on the Side of Love” women’s march from the train depot to Buckley Park. Participants are encouraged to bring their own signs supporting a variety of causes (women’s rights, LGBT, immigrants, minorities, pollution issues). Other events include speakers in Buckley Park, free classes at the Smiley Building and a First 100 Days action team and website.

Contemporary rock and R&B comes to the Community Concert Hall in the form of Welshly Arms at 7:30 p.m. Saturday. The Concert Hall is highlighting the band as part of its new series, “Artists You Need to Know.” Here’s what I know: they have their roots in the heart of Midwestern rock & roll and blues. Concert Hall director Charles Leslie knows quite a bit more. “So often we have these music gems that are well-known in their local areas, but have difficulty selling tickets in a broader market,” he said. “It’s part of our mission to bring new and exciting music to the hall. I’m going to assure you that if you’re a fan of classic R&B and rock, you won’t be disappointed with Welshly Arms.” They’ve recently stretched out beyond their native Ohio to SXSW, Austin City Limits and other festivals.

Cash’d Out is no stranger to Durango, and the San Diego-based Johnny Cash tribute band returns to the Animas City Theatre at 9 p.m. Tuesday. Critics praise the quartet as “the next best thing to Johnny Cash,” and have garnered six San Diego Music Awards for Best Tribute Band. Members of The Man in Black’s inner circle – family, former producers, even curators of the late icon’s website – have jumped on board. The foursome digs deep into Cash’s early Sun and Columbia catalog, bringing the energy of legendary live shows at Folsom Prison and San Quentin back to life.

The ACT welcomes big city hip-hop at 9 p.m. Friday with the twin pairing of the Beatnuts and Big Pooh. The Beatnuts are a New York-based hip-hop and production duo, featuring JuJu (a Dominican-American) and Psycho Les (of Columbian descent). Rapper Big Pooh is a musical perfectionist from North Carolina set on exceeding expectations of his critics and fans. Formerly a member of Little Brother, a major label hip-hop act on the Atlantic label, Pooh set out on his own about a decade ago with his solo debut, “Sleepers.” He’s worked with some of music’s biggest names, including Drake, Kendrick Lamar, Kanye West and Lil Wayne. Termanology is also on the bill, along with special guests. SoDown, the stage name of Ehren River Wright, takes the

ACT’s stage at 9 p.m. Saturday. Wright considers SoDown’s music to be “bass with soul,” and has taken the Colorado music scene by storm. The night includes Oklio, a up-and-coming producer from Vail, and Kavsko, who adds graphic design, fashion, graffiti and even ceramics to music from a multitude of genres.

Great news on the dining and drinking front: After a fire closed El Moro Spirits & Tavern for three months, they’re officially reopening tonight (Thurs., Jan. 19). It’ll probably take a few days to get all of their operating systems back online, so Steamworks/El Moro honcho Kris Oyler calls this a “soft” reopening and encourages patrons to be patient for a few days. A new seasonal cocktail to celebrate the reopening is being offered, too: Thyme & Beats, which features Chilean Pisco, lemon juice, beet and thyme syrup, and egg white, garnished with a thyme sprig and dried beet. Kudos to management for paying their employees a base salary during the closure while encouraging them to volunteer throughout the community ... not too many employers care about their staff this much. If you’re an opera newbie, this week’s The Met: Live in HD

might serve as a good starting point. At 10:55 a.m. Saturday, Romeo et Juliet will be screened in the Vallecito Room of the FLC Student Union. Diana Damrau and Vittorio Grigolo star as the tragic lovers in Shakespeare’s classic story. Run time is just shy of three hours.

Elsewhere: the Robin Davis Duo plays happy hour tonight at the Balcony Backstage; Nina Sasaki & Dave Rust hold court at Plate at 7 p.m. tonight; Sky Pilot kicks out the psychedelic jams at the Balcony Backstage at 9 p.m. Friday; and Carute Roma brings gypsy to the intimate confines of the Sunflower Theatre in Cortez at 7:30 Saturday.

Finally, Sunday’s games will decide the AFC and NFC champions. You want parity? Then the AFC showdown will most certainly piss you off. The last 14 years will have seen just four starting quarterbacks lead their teams to AFC titles. This week’s Top Shelf list recounts the junior conference’s golden signal callers from the past 14 years:

Brady or Roethlisberger will win this year.

Make the winning touchdown, you’ll never have to buy them pearls? Email me at chrisa@gobrainstorm.net.