Daughter of Levon & the Jimi Hendrix of fiddle 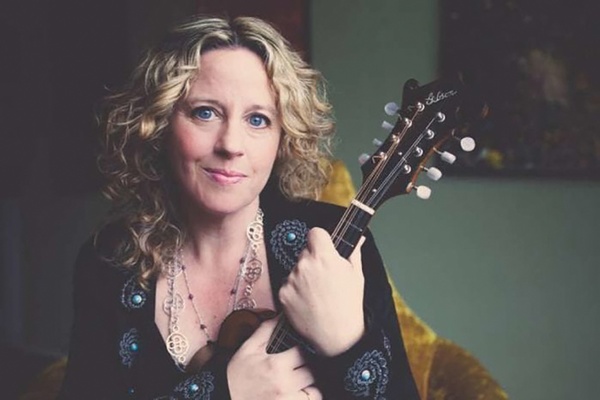 Amy Helm, backed by the Restless Age, will stroll through the American roots music canon at the Henry Strater Theatre this Friday.

Summer 2019 won’t be fondly remembered in the history of New Orleans music. Instead, it will be noted that the Crescent City lost Dr. John, Dave Bartholomew and, this past Monday, Art Neville, the keyboard player who helped found both the Meters and Neville Brothers. He died peacefully in his home at age 81, after declining health. Neville announced his retirement from performing last December.

I had the pleasure of seeing Art perform with both the Neville Brothers and the Meters. The first time I saw him was at Fiddler’s Green in Denver when the brothers opened for Jimmy Buffett. Parrotheads aren’t the most attentive audience, as they treat opening bands as an excuse to get margarita drunk while awaiting their Fonzie and his delivery of the standard Greatest Hits set. Hell, they don’t even like it when he strays into new music. But Art and company whipped the crowd into a dance frenzy.

In later years, I began to realize Art’s legacy, how the Meters were essentially Allen Toussaint’s house band on countless NOLA classics in the ’60s before they all but invented funk by the end of the decade. Art Neville will be missed.

KSUT’s summer concert series continues at 7:30 p.m. Friday at the Henry Strater Theatre with a musical legacy. Amy Helm may be best known as the daughter of the Band’s singing drummer, Levon Helm, but she’s been forging her own path for decades. She first came onto my radar as a member of Ollabelle, a retro Americana group that played Telluride Bluegrass back in the mid-2000s. She was also a longtime member of Levon’s Midnight Ramble Band, singing and playing along on multiple instruments as her father tackled rock, R&B and country fare. In 2015, Amy stepped into the spotlight to record the first of two critically acclaimed albums, “Didn’t it Rain.” She followed that up with “This Too Shall Light” last summer.

I saw Amy’s solo performance at last fall’s Four Corners Folk Festival on Reservoir Hill. From the first note, I was hooked. After the set, the KSUT staff converged upon her at the autograph tent. I promised Amy I’d get her booked into Durango. This spring, KSUT Executive Director Tami Graham made that happen. What fans can expect is a mix of gospel, R&B, blues, soul and Americana, as Amy, backed by the Restless Age, stroll through the American roots music canon. And, yes, you might even hear one or two that her old man sang.

Music in the Mountains wraps up its 34th season this year with a bang. First, legendary Celtic fiddler Eileen Ivers brings her band to the Community Concert Hall at 7 p.m. Friday. Between MITM and FolkWest festivals, it seems Ivers comes to the region every year – and for good reason. Her energetic style of Celtic is a riotous affair, which one would expect from someone who has been dubbed “the Jimi Hendrix of fiddle” by the New York Times.

The whole shebang closes down with “A Night at the Opera” at the Community Concert Hall at 5:30 p.m. Sunday. Guillermo Figueroa leads the festival orchestra through selections by Strauss, Mozart and others, with soloists Carelle Flores, Drea Pressley, Andreas Tischauser and Adrian Smith spotlighted.

Seeing the Bar D Wranglers at the Bar D Chuckwagon is a highlight to my summer each year. One thing I’ve never done, though, is see the Wranglers open for some of their musical heroes at their own venue. On Monday and Tuesday, they open for Riders in the Sky. Chief Wrangler Gary Cook, who just celebrated his 30th anniversary as a member of the quartet, recorded an excellent album with Ranger Doug of Riders in the Sky a few years ago. One could expect some collaborations onstage this week. Dinner is served at 7:30 p.m. sharp, with the show starting sometime between 8:15 and 8:30. As always, you get your choice of roast beef, chicken or rib eye steak.

The Cyprus Cafe? announced its music listings for the rest of the summer, through Labor Day. Chad MacCluskey plays jazz guitar from 6-9 p.m. each Monday; Alison Dance croons jazz with keyboard, bass and trumpet accompaniment from 6-9 each Tuesday night; the Jeff Solon Duo plays jazz with sax and keyboards from 6-9 Wednesdays; and Lee Bartley tickles the ivories on solo jazz piano from 6-9 Thursdays.

This week’s free Concert @ the Park gets bluesy and soulful with Josh Hoyer & Soul Colossal from 5:30-7:30 p.m. tonight (Thurs., July 25). Hoyer and co. are considered a real “working band,” playing music for the people, by the people. The Nebraska group is inspired by the sounds of Stax, Motown, Muscle Shoals, New Orleans, Philly and San Francisco, crossing musical boundaries in both style and era.

Elsewhere: the Pete Giuliani Band tips back some pints at tonight’s Ska-B-Q, which starts at 5 p.m. at the World Headquarters; Kirk James plays solo blues on the patio at Serious Texas South from 5-8 p.m. Friday, before tackling a pair of band gigs on Saturday (the Rusty Shovel’s RockFest at 3 p.m. and the Balcony from 6-10 p.m.; Blue Grouse brings bluegrass to Durango Craft Spirits at 7 p.m. Friday; DJ Hakan spins at the Starlight at 9 p.m. Friday; Carute Roma does gypsy jazz at Fenceline Cidery in Mancos from 7-9 Saturday night; Brap the Goat spins at the Starlight at 8 p.m. Saturday; and the Black Velvet trio rocks the 11th Street Station at 6 p.m. Wednesday.

Join the Chief with the Zulu gang? Email me at chrisa@gobrain storm.net.