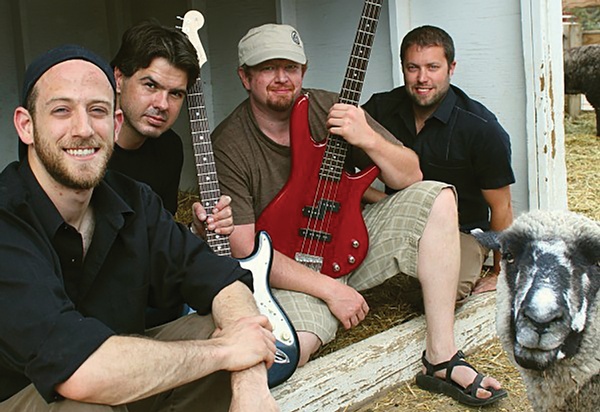 Dead Floyd celebrates the music of the Grateful Dead and Pink Floyd at the Animas City Theatre at 9:30 p.m. Friday.

When you work in radio, what’s old is new again. While some listeners want to be challenged to hear new sounds and discover up-and-coming artists, most like to hear a song they can sing along to. Familiarity is reassuring; discovery is edgy. The challenge is finding a mix. Balancing genres like Americana, folk, rock, blues, jazz, bluegrass, country, world and Native American is only part of the act. Seeking gender equity, spanning decades of music and picking from old favorites, deep tracks and new artists also factor into a set. I average 38 songs in a three-hour Music Blend on KSUT. I aim to play a third of these tracks from current-year releases, a third from tried-and-true favorites and a third that fall somewhere in between.

This week’s slate of entertainment follows suit: familiar names, fresh newcomers and those who split the difference.

You shouldn’t need much of an explanation for Dead Floyd, a band that celebrates two of rock & roll’s iconic groups, the Grateful Dead and Pink Floyd. With such a huge catalog to choose from, the Fort Collins quartet digs deeply for rarities as well as fan favorites. Funk, rock and jazz all drive their interpretations. They return to the Animas City Theatre at 9:30 p.m. Friday (doors at 8:30), with an opening set by local Americana/bluegrass favorite, StillHouse Junkies. This has been a busy year for the Durango trio, releasing their debut album, “Over the Pass,” at last spring’s Meltdown. A somewhat controversial personnel change followed, and they’ve since placed third at the Telluride Bluegrass band competition, dropped the single, “416,” to benefit fire recovery efforts and mastered and tracked an EP, “Hillbilly Poetry.”

It’s always a scene when MarchFourth holds court at the ACT, which they’ll do Sunday night. The genre-breaking force of entertainment combines music, acrobatics and theatrics into an experience that’s part speakeasy, part peep show, part circus and completely mesmerizing. The 15 or so performers include musicians, acrobats, stilters and more. Musically, MarchFourth starts with funky New Orleans street jazz, but takes it both back in time and into the future. Doors open at 8 p.m. with show at 8:30. This one always sells out.

Blockhead brings his downtempo hip-hop to the ACT at 9 p.m. Wednesday. Tony Simon, who performs as Blockhead, has made distinctive, funky and emotive music for the last two decades. Growing up in downtown New York City as the son of an artist, he was immersed in visual culture and developed a passion for the sonic side of the city. He became a producer, working with the likes of Aesop Rock, Atmosphere, Murs, Mike Ladd and Illogic, before working on his own break beat music. Yppah and Arms & Sleepers are also on the bill.

The Sky Ute Casino celebrates its 10th anniversary with Uncle Kracker at 7 p.m. Saturday. A longtime turntablist and rapper in Kid Rock’s backing band, Twisted Brown Trucker, the artist born as Matthew Shafer broke out on his own in 1999 and notched a couple of Top 10 hits with “Drift Away” and “Follow Me.” Kracker unashamedly blends country and hip-hop, seen by traditionalists in both camps as blasphemous. Such criticism never stopped anyone in Kid Rock’s universe from stretching boundaries, though, and few have succeeded in this mish-mash as much as Kracker has.

The Garrett Young Collective plays the Wild Horse Saloon at 8 p.m. Saturday. Young, a Durango resident, has been getting some national airplay on indie country radio with his singles “My Friend” and “Do You Hear My Cries.” Playing music that spans from red dirt to rock, blues and even a country waltz or two, the Garrett Young Collective is a hometown group with national aspirations. Its self-titled debut came out in March, and 100 percent of album sales have been donated to the Grief Center of Southwest Colorado.

Lost Souls bring bluegrass to Ska Brewing from 5-7 p.m. tonight (Thurs., Nov. 8). The trio, which includes Don Cooke, Marc Katz and Charlotte Overby, are staples at the Durango Bluegrass Meltdown and  Meltdown on the Mesa. The Met: Live in HD continues at 10:55 a.m. Saturday in the Vallecito Room of the FLC Student Union with Nico Muhly’s new production and the Met premiere of “Marnie.” Run time is approximately 21⁄2 hours with one intermission. Based on the 1961 novel by Winston Graham and set in 1959 England, it centers on a beautiful, mysterious young woman who assumes multiple identities. The story of denial and deceit also inspired a film by Alfred Hitchcock.

The Community Concert Hall hosts the Reel Rock 13 film festival at 7 p.m. Tuesday. This year’s films include a group of six elite climbers taking on the frozen towers of Antarctica; two Israeli climbers and a Bedouin guide establishing a new route in Jordan; a piece on speed climbing, a sport that debuts at the 2020 Winter Olympics; and an inside look at Czech crusher Adam Ondra, one of the greatest action sport athletes of all time.

If you were hoping to catch desert folk duo Oxygen on Embers at the Listening Room at Red Scarf Studio at 7 p.m. tonight, you’re late to the party. Ditto for Wednesday’s performance by Sara Illsley & Guests. The Listening Room only seats 40 people, and these ones sold out quickly.

Elsewhere: Pete Giuliani brings his trio to the 11th Street Station at 7 p.m. Friday; and the Kirk James Band gets bluesy at Pagosa Brewing at 6 p.m. Saturday (apre?s ski, anyone?)

The best thing I heard this week is “Lean on Me,” a collection of Bill Withers covers by Minneapolis-born jazz, neo-soul and hip-hop artist Jose? James. Withers’ songs are often overlooked by contemporary radio. To many younger listeners, his smooth soul and R&B lacked the punch of the groundbreaking funk of artists like James Brown, P-Funk and the Meters. Still, songs like “Lean on Me,” “Lovely Day,” “Just the Two of Us” and “Ain’t No Sunshine” stand the test of time. In James’ hands, they’re as fresh as they were in the days of A&M radio gold.

And if the cloud bursts, thunder in your ear? Email me at chrisa@go brainstorm.net.