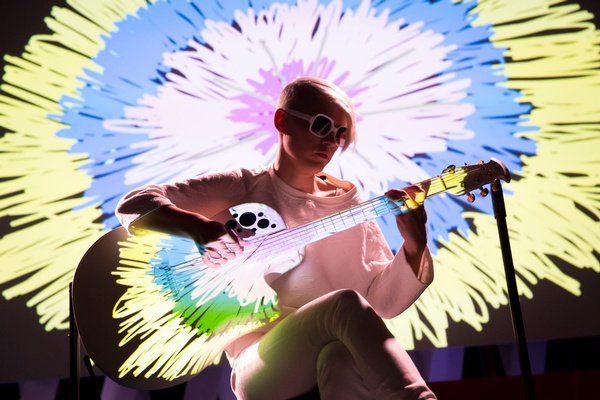 I take solace in knowing that I’m just five years away from my Denny’s discount. When Saturday rolls around, I’ll hit the big 5-0, no doubt stopping by BREW for a frothy pint or three of Chris, my namesake, dirty Belgian IPA that Erik Maxson crafted in my honor.

Maybe I’ll top it off with an Old Fashioned at Durango Craft Spirits, made with a squeeze of orange, a cube of brown sugar and two shots of bourbon. Who says you have to be from Kentucky to distill good bourbon? DCS took home a silver medal for its Cinder Dick Colorado Straight Bourbon Whiskey on Tuesday night at the American Distilling Institute’s annual expo and awards ceremony in Portland, Ore., while Mayday Moonshine earned a bronze. In just three short years, distiller Michael McCardell has proven to be somewhat of a savant in the regional spirits world. It’s hard to believe Chuckles was running a cheap motel for the past decade.

If I run into you on my birthday, forgive me for forgetting I saw you. Fiftysomethings are known to do that.

One of the world’s top guitarists holds court at 7:30 p.m. Tuesday when Kaki King brings her provocative and moving “The Neck Is a Bridge to the Body” to the Community Concert Hall. Rolling Stone called King “a genre unto herself,” which strangely sums things up perfectly without putting a finger on her style. King combines fret-tapping with slap bass techniques, using the guitar for percussive beats as well as sound layering and looping. Critics compare her to Michael Hedges and Preston Reed, both of whom she cites as influences. A little bit New Age with heavy doses of indie rock and acoustic folk and just a smattering of electronica, King’s music is both textured and layered. To call her a virtuoso is limiting. She’s released six diverse and distinctive records over the past 10 years, while performing with the likes of Foo Fighters, Timbaland and the Mountain Goats. She’s also an occasional collaborator with the New York-based string quartet ETHEL.

Let’s face it ... the Beatles were a pretty good band. When they began reissuing their catalog on CD back in 1987, I was lining up at the record store to buy each release on the day it came out. Typically, a handful were issued all at once, meaning I’d have to shell out over $60 a pop whenever four would be released on the same day. Relive the excitement when the top Fab Four tribute vehicle around, Yesterday – A Tribute to the Beatles, comes to the Community Concert Hall at 7:30 p.m. Friday. Founded by John Lennon impersonator Don Bellezzo, Yesterday tours internationally and has performed on five continents. Their live and spirited journey takes listeners from Liverpool’s Cavern Club to the “Ed Sullivan Show,” historic Hollywood Bowl and Shea Stadium performances, and into the Sgt. Pepper era and beyond.

Another tribute band, Aeromyth, shreds at Purgatory Beach from 4-6 p.m. Saturday. Called the ultimate Aerosmith tribute band, they recreate classics like “Walk This Way,” “Sweet Emotion” and “Toys in the Attack” to newer hits like “Dude Looks Like a Lady” and “Jaded.” Prior to Aeromyth, pond skimming returns to Purg for the second year in a row. Ska Brewing, Red Bull and a live DJ get the good times rolling. Space is limited to the first 100 individuals to sign up. Prizes include the best skim, best wipeout and best costume.

Name a genre or artist, and it’s likely the Magic Beans can cite it as an influence. The hard-to-label Denver quartet brings its Casino Cabaret Tour to the Animas City Theatre at 9:15 p.m. Friday. Simply toss Santana, the Grateful Dead, Herbie Hancock, the Band and LCD Soundsystem into a blender and the beats and notes that come out will likely be similar to what you’ll hear Friday. Pherkad opens.

The Brevet has always had an indie rock sound. For their third record, “Legs,” you can drop the indie from the label. Whereas their two prior releases featured acoustic layers and an almost urban folk vibe, the new lead single, “Locked & Loaded,” harkens back to classic ’70s rock & roll. Hear for yourself at 9 p.m. Tuesday at the Animas City Theatre.

The Met: Live in HD returns to the Vallecito Room of the FLC Student Union at 10:55 a.m. for a screening of Mozart’s barbed romance, Cosi fan tutte. Don’t guzzle too many espressos before the show: it’s a beast at four hours, 10 minutes with just one intermission. Although it was first performed in 1790, this clever version is a bit more contemporary. It’s set in a carnival-esque, funhouse environment inspired by 1950s Coney Island, complete with bearded ladies, fire-eaters and a Ferris Wheel.

Denver and Air Force may have been unceremoniously knocked from the NCAA hockey playoffs one win shy of the Frozen Four, but that doesn’t mean college hockey in the Rockies is dead. The FLC hockey club hosts the Stanley Keg Championship fundraiser, an adult tournament, from 8 a.m. ‘til 10 p.m. Saturday at the Chapman Hill Ice Rink & Pavillion. The celebration of hockey includes live music, food from West Side Grill and barley-pops from A&L Coors from 11-5. Proceeds benefit FLC hockey.

Elsewhere: Leah Orlikowski takes over the Ska Brewing World Headquarters at 5 tonight (Thur., March 29); Tim Sullivan croons at the Diamond Belle Saloon at 5:30 tonight; Jose Villareal plays the Office Spiritorium at 7 tonight; the StillHouse Junkies are back at Durango Craft Spirits at 5:30 p.m. Friday; the Black Velvet duo returns to the Diamond Belle at 5:30 p.m. Friday, while its trio incarnation holds court at the Derailed Pour House at 7 p.m. Saturday.

The best thing I’ve heard this week is the fourth LP from R&B revivalist Anderson East, a soulful collection called “Encore.” East recruited Nashville’s hottest gun, Dave Cobb, to produce and enlisted such A-list talent as Chris Stapleton and Ed Sheeran to help write tunes. Catchy earworms like “Girlfriend,” “All on My Mind” and “King for a Day” will no doubt turn into hits. But it’s the bluesy soul of tracks like “All on My Mind” and “Without You” that show surprising depth.

He just keeps rollin’ along? Email me: chrisa@gobrainstorm.net.