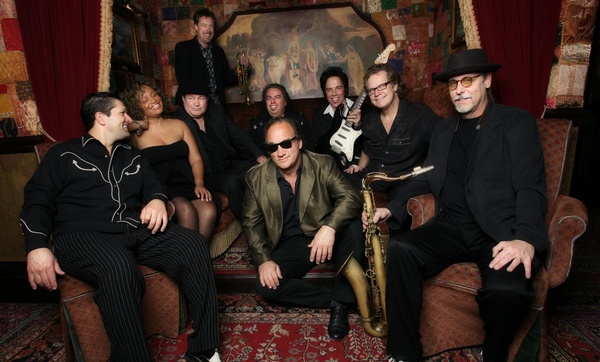 Now that was embarrassing. The Oscars had a train wreck of epic proportions Sunday night when Faye Dunaway and Warren Beatty announced “La La Land” as Best Picture instead of “Moonlight” due to an incorrect envelope being delivered to Beatty by the accounting firm PwC. You’d have thought the Russians had hacked the voting.

While the “La La Land” gang was delivering acceptance speeches, a stage tech rushed onstage to alert everyone of the goof-up. Egg, meet face. Whoopsies!

Here locally, the red carpet rolls out once again. The 12th annual Durango Independent Film Festival began last night and runs through Sunday at various locations down-town, screening films at the Animas City and Gaslight theatres.
There’s something for everyone, including features, documentaries, shorts, adventure films, Native American cinema and family-friendly fare. Plus, there are parties, panel discussions and more throughout the festival.

As part of DIFF, Jim Belushi & the Sacred Hearts bring foot-stomping rhythm & blues seasoned with Memphis soul to the Community Concert Hall at 7:30 p.m. Saturday. Like his older brother John did with the Blues Brothers, Jim has proven to be a showman comfortable on the stage, the small screen and the big screen while also keeping one foot in the blues.

BREW Pub & Kitchen celebrates its fourth anniversary Saturday. Carute Roma will play gypsy music at 8 p.m., and you’ll have the opportunity to sample Luis (a West Coast IPA with an alias, Lulu), Frederick (the bock your mother warned you about) and Eddie (an easygoing American blonde). At 6 p.m. Sunday, BREW hosts its Spring Beer Dinner with five unique courses paired with perfectly matched suds. Seating is limited and reservations are required.
The calendar has turned to March, giving Steamworks no choice but to revive its popular Irish Car Bomb. Based in Backside Stout, the Car Bomb is fermented a second time with Irish cream and Jameson whiskey flavors. Spencer Roper, who likes all things incendiary, warns: “It’s a very smooth brew and it goes down easy – but it could hit you hard, and you probably won’t feel it coming.” The keg gets tapped at 3 p.m. Friday at the brewpub and Purgatory.

The Met: Live in HD’s simulcast of Charles Gounod’s Romeo et Juliette, snowed out on Jan. 21, has been rescheduled for 10:55 a.m. Saturday in the Vallecito Room of the FLC Student Union. I’ll wager even the poorly educated have heard of Shakespeare’s classic tale of love and loss so I won’t bore you with details.

KSUT’s spring membership drive begins Wednesday and runs through Tues., March 14. For the 18th straight year, the grand prize is a trip for two to the New Orleans Jazz Fest (May 4-7), complete with airfare from Durango and lodging in the French Quarter. That big prize will be drawn at the end of the drive, but the rest of the days feature fabulous day prizes. Wednesday’s prize is among the most popular: Local Grower’s Day, spearheaded by a $600 CSA from Twin Buttes, plus a morning prize of 250 Durango Farmer’s Market bucks. Support public radio in this time of uncertain federal funding by calling 563-0255 or visiting www.ksut.org.

Tickets went on sale last week for the first Durango Blues Train of the summer (June 2-3). The trek features Phil Wiggins & George Kilby Jr., Felix y Los Gatos, A.J. Fullerton & Nic Clark, Pen Prestage, Grant Sabin and Chris Yakopcic. “I’m thrilled to be able to mix traditional and contemporary blues acts,” said Steve Gumble, founder of both the Blues Train and Telluride Blues & Brews. “Phil Wiggins has graced the Blues & Brews stage many times so to have him up close and intimate on the train is a special treat.” Wiggins is half of the acoustic blues duo Cephas & Wiggins, best known for their acoustic Piermont style. Durangobluestrain.com/ tickets is the best way to buy. This one sells out quickly.

In honor of DIFF, this week’s Top Shelf recounts my six favorite movies.

2. “Slap Shot,” 1977. It just celebrated its 40th anniversary at the War Memorial in Johnstown, Pa., which still hosts a junior hockey team.

She was the roughest toughest frail? Email me at chrisa@gobrainstorm.net.