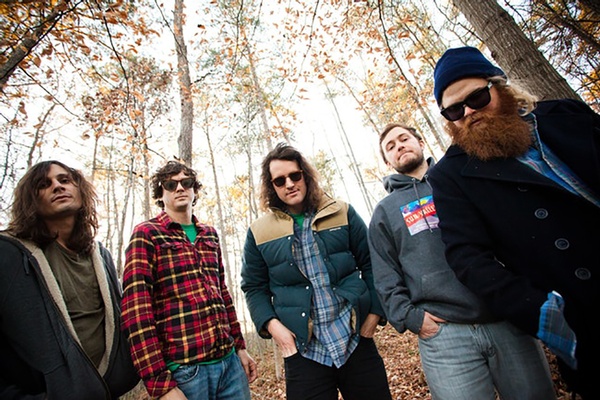 After suffering through a painful summer of Rockies baseball, Centennial State sports fans can finally embrace hope when their beloved Broncos take the field at 8:30 p.m. Monday night against the evil and insipid Oakland Raiders. The Donks are 0-0 and even flirted with mediocrity during a 2-3 pre-season. The good news? The defense looks solid – arguably as good as the Super Bowl 50-winning team’s No Fly Zone. The bad news? Joe Flacco is old, battered, bruised and teaching a young backfield and an even younger receiving corps. Setting a .500 bar for this team seems about right. My prediction is a 7-9 season – and that depends on a healthy Joe.

But recent news out of Denver is absolutely infuriating. Altitude Sports, the regional network owned by Kroenke Sports & Entertainment and home to the Avalanche, Nuggets, Rapids, Mammoth and Denver University Pioneers, has been dropped by DirecTV, Dish and Comcast. Their contract with these three major carriers has expired and negotiations have stalled. I’ve had Oct. 3 circled on my calendar for months. That’s the date that the Avs – one of the NHL’s darlings based on a deep playoff run last spring – open the regular season. The Nuggets pre-season begins five days later. Many experts are picking the Nugs to win the excruciatingly difficult West this year.

Who’s to blame? Altitude personalities are suggesting collusion on the part of the three providers. AT&T, owners of DirecTV, point the finger back at Kroenke Sports saying that their latest proposal is a bad deal for customers. In the end, We the People are the ones who suffer. Altitude is certainly a favorite of fans in the Rocky Mountain states, but we’re the least populated time zone by a long shot. Altitude simply lacks national pull. Don’t think Kroenke is losing much sleep over this. The shining stars in his sports empire are the Los Angeles Rams and Arsenal F.C. He covets a Super Bowl title and an English Premier League crown ... those, and money. You’d think someone who married into the Walmart empire wouldn’t need to haggle over a few bucks.

I feel like a teen-ager in the 1980s shouting “I want my MTV!” But here’s the kicker: DirecTV and the Kroenkes don’t give a rat’s ass what I want. They want the biggest pieces of the pie and don’t care how much it costs the Average Joe for a bite of crumbs.

If left without my Avs and Nugs, I guess I’ll just have to keep shouting “Roll Tide” and “Doooooook.” It’s enough to drive one to drink ... which is a nice transition into this week’s local highlights.

Happy birthday to Ska Brewing, which holds its 24th anniversary Brewers’ Invitational Party at 4 p.m. Saturday at the World Headquarters. One big note for the lucky ones who obtained tickets to this long sold-out soiree: there will be no parking available at the event (this includes the streets in Bodo), but round trip shuttles are available to and from the Durango Transit Center from 3:30-10 p.m. You can also bike or have a sober driver drop you off (thanks, Shelly!) You’ll also need to remember your 21+ ID (even old farts like me). Also, note that all bags are subject to search. Twenty-six brewers have already confirmed their participation, including all five Durango-based breweries and favorites from across Colorado and the West.

This time around, Ska czar Dave Thibodeau has booked a triple threat of punk and ska bands, including the Aggrolites, the Toasters and Mustard Plug. The Aggrolites have been around since 2002, releasing seven albums along the way, including their brand-new “Reggae Now!” The Toasters are seasoned  vets and were one of the first American groups in ska’s second wave in the early ’80s. They’re also veterans of the Ska Anniversary Bash. Mustard Plug is a ska/punk outfit from Grand Rapids, Mich., that’s been active since 1991, including a couple of Warped Tours. It’ll certainly be a skankin’ good time.

Summer is winding down, but that doesn’t stop Steamworks from embracing a final flavor for the season. They’ll roll out a barrel of Raspberry Limeade firkin at 3 p.m. Friday. “It’s the end of the summer season, so we wanted to do something light and refreshing to send off summer in style,” head brewer Ken Martin said. The Raspberry Limeade is brewed with a Colorado Kolsch base, which is already light and crisp with a hint of fruitiness. The kolsch was then fermented with raspberry puree, lime juice and lime zest.

Cajun is the reason for the season up in Telluride as Dwayne Dopsie & the Zydeco Hellraisers appear at the Sheridan Opera House at 8 p.m. Saturday. The Dopsie family has been at the forefront of zydeco, Creole and Cajun music for the past half-century. The youngest of eight children of the legendary Rockin’ Dopsie Sr., Dwayne was nominated for a Grammy in 2018 in the Best Regional Roots Music Album category. He’s taken the music of his father, including the accordion and washboard, into the 21st century.

The 23rd annual United Way of Southwest Colorado’s Radiothon takes place from 8 a.m. - 6 p.m. Friday at Ska Brewing. Tune in to KRSJ, KIQX and KIUP all day long to find out about items up for bid in the live auction. Proceeds benefit United Way’s nonprofit partners in La Plata, San Juan, Dolores, Montezuma and Archuleta counties.

Roll out the barrel and lend me your ears? Email me at chrisa@gobrainstorm.net.