Down in front, LCK and danzas with wolves 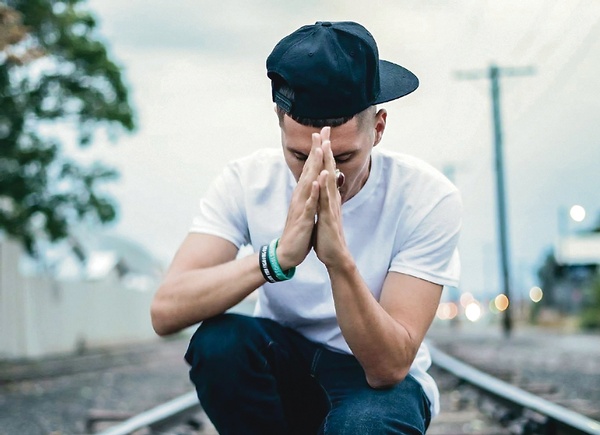 Last Saturday night at a Genuine Cowhide throwdown at the Sunflower Theatre in Cortez, a sour old woman sitting on the side of the theatre firmly kicked my right calf and yelled at me to move out of the way. “F*ck you!” were the instinctive first words out of my mouth, not realizing who delivered the blow to my leg until I turned around.

What nerve! I didn’t ask to be 6’5”. It’s not like I drank some magic potion to grow this tall. I didn’t ask for a descending aorta, a back that screams with pain whenever I reach down to grab a pot out of the cabinet under the stove, or countless concussions from banging my head on low door stoops, stairwells and shelves.

If I shell out money for a concert or festival, I’m going to try and get up close and personal just like you. If the person in the second row asks me to move back, then I’ll block the third row. Then that person will complain, and I’ll continue to move backwards until I need binoculars to see the stage.

One time at The Ride in Telluride, I spotted an old buddy who used to play basketball at the alma mater. Adam Hess wasn’t much of a talent on the hardwood, but he was the only seven-footer in FLC history. We shared passions for beer and jam band music, so it wasn’t all that surprising to see him at Widespread Panic some 15 years down the road. Tall people tend to stick together (we greet each other with nods and winks when our eyes meet over the heads of the shorter masses), and Adam had several others in his crew who were taller than me. Without thinking, we started grooving and swaying to the music, with me the short one. A few songs in, we turned around and noticed several vacant tarps and a lot of empty space behind us. Revenge never felt sweeter.

I obliged the old lady after a song or two last Saturday. Genuine Cowhide is a honky-tonk band and the dance floor was soon packed. My $3 Montucky cold snack was empty, so I moseyed on over to the bar for another round. At the back of the room were a handful of tall bar tables that had emptied once the music started. I slunched over one of the wobbly ones, set my beer down and finished watching the first set. Four beers later, I returned to the front of the house for the start of the second set.

Grandma in the chair at the front had the same bitter look on her face. It seems when you’re seated on the edge of the pit, it doesn’t matter if Tiny Tim or the Jolly Green Giant are dancing in front of you. Your view is still blocked.

In case you haven’t heard, the Lily Fangz show scheduled for Friday at the Animas City Theatre has been cancelled. Fangz was to share the bill with fellow New Mexico hip hop artist Wake Self. However, Self, aka Andrew Martinez, 30, was involved in a car accident Sunday with a drunk driver near Santa Fe and tragically died from his injuries Tuesday morning.

“It is with a heavy heart that we are cancelling the show,” the ACT said in an email Wednesday.

Ironically, Martinez was a recovering alcoholic and an outspoken opponent of drunk driving. He played an integral role in Albuquerque’s hip-hop scene, had embarked on two European tours, represented New Mexico at The Power Shift environmental activism event and performed alongside such acts as Dilated Peoples, Blackalicious, De La Soul and KRS-ONE. He’s also appeared live on KSUT. His latest album was set to drop today (Thur., Nov. 7).

at the Ska Brewing World Headquarters. The $25 admission includes complimentary Ska brews, wines courtesy Liquor World, appetizers from Durangourmet and desserts from Baked. As always hundreds of items are available in the silent auction, including lift tickets, concert & dining pairings, outdoor gear, artwork, home improvement gift certificates, music packages and much more. A few highlights include an Alpacka raft, a Purgatory season pass, an overnight stay at Dunton Hot Springs and a weeklong Mexican vacation. Tickets are available at ksut.org or at the door.

Durango Snowboard Outreach Society (SOS) and Absinthe Films premieres “Isle of Snow” at 6:30 and 8:30 p.m. tonight at the Animas City Theatre. The event is a fundraiser for Durango SOS Outreach and also serves as a kick-off for the winter season, with an auction and winter outdoor gear giveaways. SOS has offered programs to local youth in partnership with Purgatory and Durango School District 9-R since 2004. It offers op-

portunities to explore outdoor recreation and provides mentorship with leadership and life-skills training. All returning middle school and high school participants are given a Purgatory season pass if they show effort in school. Students who participate for five years are given the opportunity to become mentors themselves and lead in community service.

A sure sign of end times: Lawn Chair Kings play their final date of 2019 at 7 p.m. Friday, when they travel to downtown Cortez to play Wild Edge Brewing.

3rd Ave. Arts continues its recital series with Danzas del Toro y Lobos at 7 p.m. Friday at St. Mark’s Episcopal Church. The Petroglyph String Quartet performs an adventurous evening of dance through the Iberian Peninsula and beyond. Tango with them as they present music full of sultry passion, dodging bulls and machismo bravado and finish across the Atlantic for a party, Brazilian style. Formed in Albuquerque in 2014, the Petroglyph String Quartet includes violinists Michael Aller-heiligen and Yakima Fernandez, violist Karl Winkler and cellist Anastasia Nellos. All are members of the San Juan Symphony and have performed with the Santa Fe Pro Musica, Santa Fe Symphony, New Mexico Philharmonic and other regional groups.

Also of note: Sunny & the Whiskey Machine bring the twang to Ska Brewing at 5 p.m. tonight; the Garrett Young Collective plays the 11th Street Station at 7 p.m. Saturday; and Black Velvet has a pair of dates, including a trio performance at 7 p.m. Friday at the Derailed Pour House and a duo gig at 6 p.m. Saturday at the Seven Rivers Steakhouse at the Sky Ute Casino.

Won’t you get hip to this timely tip? Email me at chrisa@gobrainstorm.net.