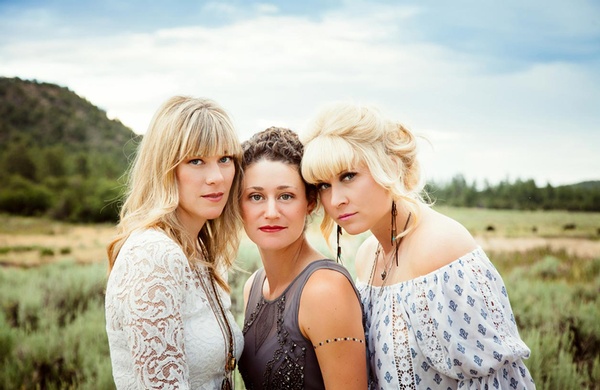 Damn, it’s hot. Even though I bed down at 7,500 feet above sea level, the nights are uncomfortable. Working by day in Ignacio, I’m subjected to 90-degree days in a building without air conditioning. Dog days, indeed. But all is not lost. Playing in the river is always a good way to cool down. Time to bust out my four-weight and some caddisflies.

The start of summer coincides with Durango Pride Festival 2017, which started yesterday and runs through Sunday at a variety of venues. Headlining the whole shindig is Kennedy Daven-port, best known as a contestant on RuPaul’s Drag Race Season 7. Kennedy has won several pageant crowns and is well known for being a polished, professional queen renowned for her dance numbers and lip synching skills. She will perform from 8:30-10 p.m. Saturday at the
Animas City Theatre. A post drag show dance follows. Other highlights include a black light glow show from 8:30-10 Friday night at the ACT, with a dance to follow; the Pride Procession up Main Ave. at 11:30 a.m. Saturday; the free Pride in the Park Family Festival in Buckley Park following the parade; and an Animas River Pride Parade Float on Sunday. For a complete schedule, visit 4calliancefordiversity.org.

Now that summer is upon us, the free concerts in Buckley Park sponsored by the Community Concert Hall and Alpine Bank are in full swing. Tonight (Thurs., June 22) features The Cannondolls, a homegrown country outfit founded by Caitlin Cannon and Kate Willyard. Fiddler Alyssa Wolf joined in 2015 to round out the trio. Last year, they released the EP, “Crumbs,” featuring Cannon’s quirky lyrics and music that ranges from hard- driving alt-country to vintage Western swing. Bring your own chairs, blankets and picnic baskets for the music and dancing that runs from 5:30-7:30.

The heat wave that’s locked the Four Corners into 90-plus-degree days and sweaty nights is a sure sign that summer is here. My solution? A cold beer. BREW Pub & Kitchen has a few offerings on tap sure to quench your thirst and cool you down. Otis is an American Pale Ale named after Erik & Lainie’s favorite K9 kid; Yvette, a pleasant German Hefeweizen, fruity like bananas and spicy like cloves; and Demi is a light, summertime experimental that can be transformed flawlessy into a ridiculously refreshing lemon shandy – just ask for a splash of Lemon San Pellegrino.

Take note that beers in the summertime should be iced down in a cooler or drank indoors, preferably under a ceiling fan. At last weekend’s Telluride Bluegrass Festival, I sweltered through the heat and sunshine with an eight-day chest and throat cold. Needless to say, beer was a bad choice. Whether I used plastic or stain-less steel cups, it always seemed the beer was warm by the time I got back to my tarp. Still, I sampled all of New Belgium’s summer offerings. Voodoo Ranger IPA was damned tasty, but a wee bit hop heavy for the summer sun; Citradelic Tangerine IPA was a pleasant surprise, particularly in the late afternoon as the sun sank low; the Juicy Watermelon Lime Ale was a skunky gut kick ... it hit me somewhere along the level of Bud Light Lime; the Fat Tire Belgian White Ale, available only at the festival, turned out to be our go-to, especially during the heat of the midday sun. Surprisingly, the best beer I had were free four-ounce samples of good old Fat Tire in the tiny stand in the Eco-Village. There, the beer was ice cold. Fat Tire reminded me of why I got hooked on craft beer in the early ’90s. Nalgene after Nalgene of cool, filtered water was the tastiest.

This week’s offerings at the Balcony, where beer is always ice cold; include Rob Webster tonight; the Assortment on Friday; the Garrett & Callie Young Collective on Saturday; the Bo De Pena Duo at 4 p.m. Sunday; Colton Anderson on Monday;

Randy Crumbaugh on Tuesday; and Matt Rupnow on Wednesday. Music starts at 5:30 p.m. unless otherwise noted. Additionally, the Balcony Backstage hosts Arkansauce at 9:30 Friday and Copper Children with the High Drivers at 9:30 Saturday.

This week’s Top Shelf list recounts my highlights from sunny Telluride. I must admit, chasing around a 3-year-old while fighting a raspy ear/nose/throat thing meant I missed more music than usual. Still, there were goosebump moments:

1. Margo Price is the truth. She’s the new face of country music, following in the foot-steps of honky tonk revivalists like Sturgill Simpson and Chris Stapleton.

2. Tim O’Brien never ceases to amaze me. His performance with his band on Thursday was the best of the traditionalists who always appear.

5. Dierks Bentley & The Travelin’ McCourys work quite nicely together. Even Dierks’ Top 40 country hits were spiced up by serious bluegrass pickers. Old man Del jumped onstage to sing U2’s “Pride (In the Name of Love)” as a duet with Dierks.

6. Parker Millsap doesn’t have hellhounds on his trail. He’s on theirs.’ The young Oklahoman played some nasty country blues on Sunday.

7. Sarah Jarosz may look like the president of the Math Club – but she has some serious songwriting and instrumental chops.

8. We the People featuring Abigail Washburn & Friends was a total surprise, with musicians from all across the globe plucking out a world beat of harmony and humanity.

9. The Cleverlys brought humor to an otherwise serious affair. Knee-slappers and bluegrass date back to Flatt & Scruggs and Reno & Smiley in the 1950s. How can you not like a bluegrass quartet that covers Bill Monroe, Beyonce?, Lady Gaga, the Black Eyed Peas, Red Hot Chili Peppers and AC/DC, while quoting “Spinal Tap?”

10. Mini-pheasant pot pies were the way to go for my Father’s Day Brunch on the tarp. Just spray down the muffin pan, form out little pie crusts, bake, and fill with one teaspoon of creamy goodness. A perfect balance of crust to filling.

Could it be the devil in me? Email me at chrisa@gobrainstorm.net.