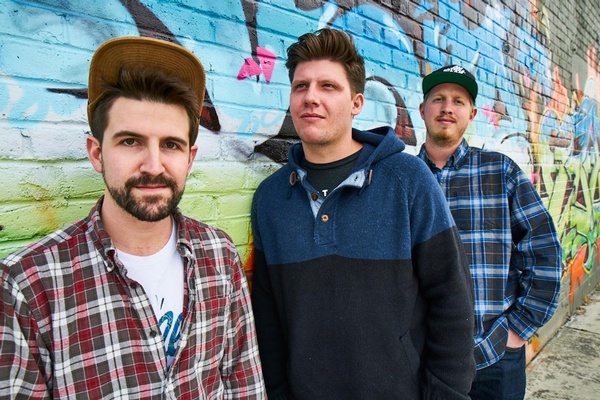 It happens every few years ... David slays Goliath. With a journeyman quarterback who nearly retired from football two years ago – and one who looks more like Napoleon Dynamite than a chiseled Joe Namath – the Philadelphia Eagles outlasted the Team of the Ages and the GOAT, Tom Brady. Sure, that 40-year-old threw for 505 yards in defeat, an NFL playoff record, and could’ve eclipsed the 600-yard mark had his last-second Hail Mary found the Gronk in the end zone and forced overtime. But down with empire! The mighty hath fallen! I slammed one final shot of Cinderdick Colorado Straight Bourbon Whiskey at the conclusion of my Wild Game Super Bowl Party and saluted Nick Foles and long-suffering Eagles fans.

Now it’s time to return focus to The Jam. This week’s entertainment highlights are led by the Animas City Theatre, which continues its stellar string of midwinter shows with three offerings this week. EDM and funk shine at 8:30 p.m. tonight (Thurs., Feb. 8) when SunSquabi takes the ACT stage. In just a few short years, the Boulder-based electro-funk hybrid has taken the Colorado music scene by storm, playing Red Rocks, dropping a pair of EPs (“Odyssey” and “Deluxe EP”) and touring relentlessly. The trio includes Kevin Donohue (guitar, synthesizer), Josh Fairman (bass, Moog synthesizer) and Chris Anderson (drums). Front Range critics rave about the band for rising above Colorado’s well-saturated electronic scene. Opening the show is Artifakts, the musical undertaking of Wisconsin-born Garret Meyer, who blurs the line between electronic, hip-hop and soul.

World music takes center stage Friday when regional favorite Euforquestra brings its worldly mix to the ACT at 9 p.m. The Fort Collins group blends the roots of funk, soul, Afrobeat, reggae and dub to create a unique sound that AllAboutJazz.com described as one that “explodes, dances and melts in your ear with sheer bliss.” Euforquestra has played numerous festival stages across the region, including South Fork’s Rhythms on the Rio and FolkWest festivals up on Reservoir Hill in Pagosa Springs. They’re also ACT regulars. Cycles, a psychedelic power rock trio from Denver, opens. Their live show mixes rock, jazz, soul and hip-hop.

Fast forward to Wednesday for critically acclaimed rapper Murs, who has built his reputation based on prolific studio work and success as an independent artist. In a 22-year music career, Murs has been a member of such rap groups as Living Legends, The Grouch, Aesop, Eligh, Scarub and many others. He has recorded a string of collaborative albums with Fashawn, 9th Wonder and Slug of Atmosphere (as Felt). The Los Angeles underground rhymer recently released his solo debut, “Have a Nice Life,” which brings together his far-reaching personality and sensibilities with humor, seriousness, intensity and street and social awareness. Wednesday’s show, which starts at 9 p.m., also includes Def-I, Watzreal and Rize tha Rebel.

The Peking Acrobats return to the Community Concert Hall at 7:30 p.m. Saturday. Called a modern-day kaleidoscope of entertainment and wonder, the 26-member troupe defies the laws of gravity, leaving audiences spellbound. The multi-sensory experience includes an exotic, live Chinese orchestra while gymnasts,

jugglers, cyclists and tumblers perform the 2,000-year-old traditions with grace and agility.

KSUT & the Henry Strater Theatre continue their winter concert series with Joy Harjo & Poetic Justice at 7:30 p.m. Wednesday. A member of the Muscogee Nation, Harjo is a poet, musician and playwright who has released 13 books of poetry and five award-winning albums. In 2009, she won the Native American Music Award for Best Female Artist. She began playing the saxophone at age 40, using the instrument to augment her poems and reach the heart of the listener in a different way. The result is a blend of jazz, New Age and traditional Native American

sounds blended with her poetry. Her recent memoir, Crazy Brave, is the 2018 FLC Common Reading Experience book. As such, she will speak at various venues on campus on Monday and Tuesday, including a public talk at 7 p.m. Monday in Whalen Gymnasium.

The Met: Live in HD continues at 10 a.m. Saturday with Donizetti’s “L’Elisir d’Amore,” screened in the Vallecito Room of the FLC Student Union. Appropriately themed for Valentine’s week, the Donzetti’s opera is a romantic tale of love conquering all. It stars South African soprano Pretty Yende as a wealthy landowner and American tenor Matthew Polenzani as a poor villager hopelessly in love with her. Run time is a little over two-and-a-half hours with one intermission.

The best thing I heard this week is “The Thread That Keeps Us,” the 10th full-length studio album from Calexico. To be fair, I was a late arrival on the Calexico bandwagon a decade ago and wasn’t fully converted until 2015’s catchy “Edge of the Sun” record. Its two leaders, Joey Burns and John Convertino, have drawn critical praise from the beginning for their mix of traditional Mexican music like cojunto, cumbia, Tejano and mariachi with contemporary American rock, jazz and country. There’s not a bad cut on the record, although my current Latin fascination immediately drew me to “Flores y Tamales.” Like most Calexico records, this one will age well with new discoveries upon each listen.